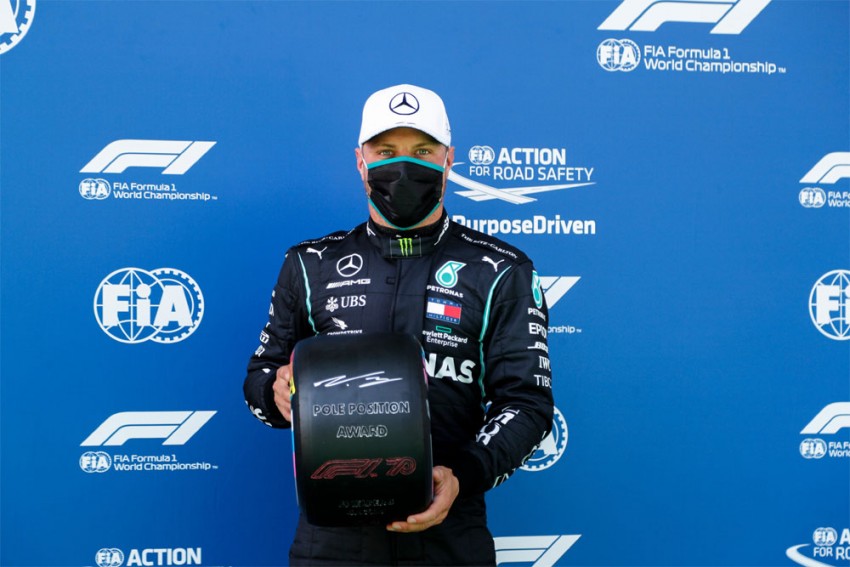 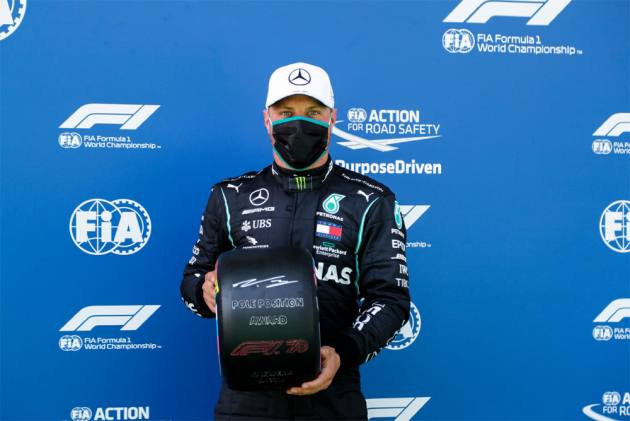 Over seven months since the last race, Formula One finally returns with the Austrian Grand Prix at the Red Bull Ring on Sunday.  (More Sports News)

Lewis Hamilton begins the defence of his drivers' championship from second place on the grid after Mercedes team-mate Valtteri Bottas pipped him to pole position.

Max Verstappen is third and will lead the charge for Red Bull, with a strategy ace up his sleeve as he goes searching for a third consecutive win at the circuit in Spielberg.

With only eight races confirmed for the 2020 season at this stage, drivers know every outing counts and the pressure is on in a shortened campaign.

Bottas held on to take pole by just 0.012 seconds, despite finding the gravel on his second flying lap. Hamilton was investigated by stewards for allegedly not slowing down under yellow flags caused by his team-mate's incident, but no further action was taken.

The gap to Mercedes' rivals was huge, with Verstappen 0.538s back in third, as Lando Norris claimed a superb fourth for McLaren.

It was a session to forget for Ferrari, though, with Charles Leclerc almost one second behind in seventh and Sebastian Vettel down in 11th after missing out on Q3 entirely.

It was 'this' close! Just 0.012s split VB and Lewis in Q3 pic.twitter.com/R4cuchAXMY

Hamilton outlined Verstappen as the main 2020 threat to Mercedes at his pre-race news conference.

While Mercedes' advantage over the rest looks ominous, Verstappen - who won from third on the grid in 2019 - is the only man in the top 10 who will start the race on medium tyres.

That is a strategy he hopes can at least disrupt the top two and stop them battling solely between themselves. Warmer temperatures may also be a factor, although Hamilton said he was optimistic the cooling issues that hurt Mercedes here last year have been resolved.

The reigning world champion has not won at this circuit since 2016 and, after his reprieve from the stewards, will need to pass Bottas to end that poor streak, while for Ferrari it looks like a day of damage limitation is in store with much-needed upgrades to their car not coming until Hungary.

I'm happy with P3, it’s a good start of the season. We will be starting on the medium tyres, which hopefully plays to our advantage during the race #KeepPushing #AustrianGP pic.twitter.com/ahEklILrJM

Valtteri Bottas (pole): "Obviously it was super close with Lewis - I'm just surprised with the gap to the other teams. For sure, race and long runs, it's always a different story and we've seen many times that Red Bull have had a good race car and the race depends on so many different things. We don't have the mentality that it's going to be easy for us."

Lewis Hamilton (2nd): "The car was great. I just didn't manage to put the greatest laps together, so work for myself to do. I'll just go back to the drawing board and work harder. We definitely didn't expect to have that gap [over the rest]. It's just a true showing of the great work everyone back at the factory continues to do. Valtteri did a fantastic job."

Max Verstappen (3rd): "I'm the only one on a different tyre in the top 10 so I'm looking forward to it and we have nothing to lose. It's going to be exciting. I'll try to make it as difficult as possible for Mercedes. They were on a different level [in qualifying], but last year we were also a little bit off in qualifying so I expect we are a bit better in the race."

Lando Norris (4th): "In Q1, Mercedes were obviously out in front but from P3 to 11, it was split by just two tenths, it’s cool to see that. It's our best possible start to the weekend but the race is another story. The Racing Points have clearly been extremely quick - we never thought we'd be in a chance of beating them. Ferrari's race pace is also very strong."

Charles Leclerc (7th): "It's not an easy qualifying for us. Unfortunately, that's where we are at the moment. We need to stay positive in these moments that are very hard to find any positives. We need to work as a team and hopefully be as strong as possible [on Sunday] to try and cheer everyone up, but we are not expecting miracles."

Sebastian Vettel (11th): "Of course it's a surprise, we thought we had a little bit more in hand. I wasn't so happy with the car, more oversteer in entry than I would like. I think [Sunday] is a different picture. It's a long race, in race trim we are always better and we will try to make some good ground and score some good points."