The Juventus player became the first goalkeeper to score an own-goal at the tournament in Poland's 2-1 loss to Slovakia on Monday. 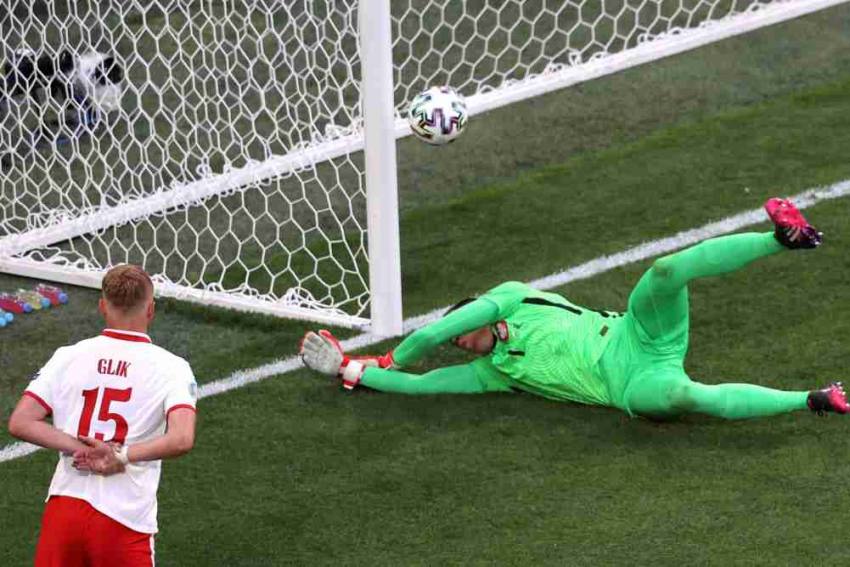 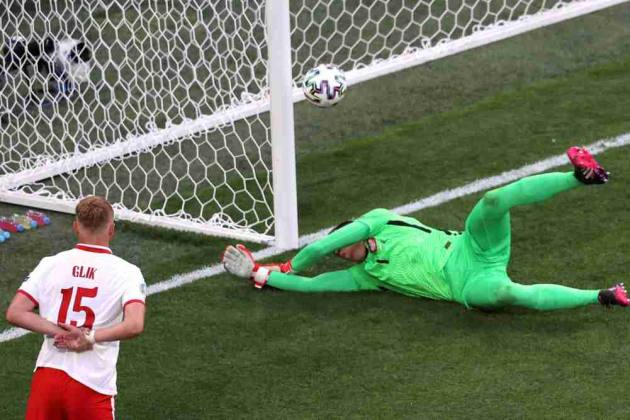 The Juventus player became the first goalkeeper to score an own-goal at the tournament in Poland's 2-1 loss to Slovakia on Monday.

Not that he could do much about it.

Szczesny had already committed himself to a dive in an attempt to save a shot from Slovakia winger Robert Mak in the 18th minute when the ball rebounded off his near post, onto his outstretched arm as he lay on the ground, and back into the net.

He was also left helpless for Slovakia's winner by Milan Skriniar, barely moving as the center back hit a fierce, low shot into the corner in the 69th minute.

Szczesny has established himself as one of the most reliable goalkeepers in Europe, his reputation having soared since joining Juventus from Arsenal in 2017. Poland has long been well-stocked with keepers, with Lukasz Fabianski also a solid option, but Szczesny is the regular No. 1.

Major tournaments are not his friend, though.

In 2012, he was shown a red card in the opening game of a European Championship co-hosted by Poland, punished for a professional foul on Greece player Dimitris Salpingidis in the second half.

In 2016, and again in Poland's opening match, Szczesny damaged a thigh muscle against Northern Ireland and wound up missing the rest of the tournament.

The pain isn't just restricted to the European Championship.

In Poland's opening match of the 2018 World Cup, Szczesny gifted M'Baye Niang a goal for Senegal, which went on to win 2-1.