Sports Euro 2020, Belgium Vs Russia, Live Streaming: When And Where To Watch UEFA European Championship Match

Euro 2020, Belgium Vs Russia, Live Streaming: When And Where To Watch UEFA European Championship Match 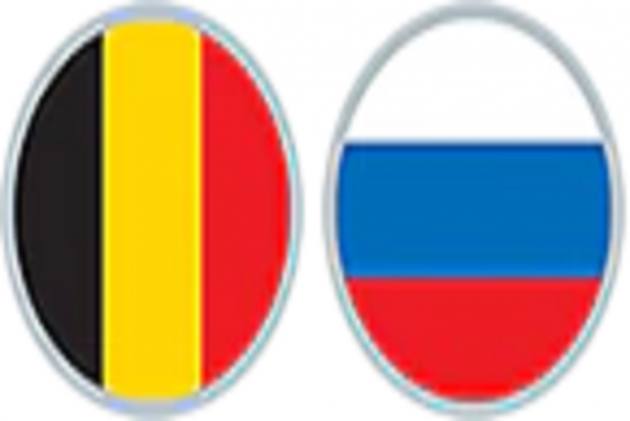 What's being billed by some as the last hurrah for Belgium's “golden generation” begins with two of the team's long-time stalwarts likely missing from its opening match of the European Championship.
Belgium Team Preview | Russia Team Preview | Euro 2020 Complete Guide

Injury and fitness concerns mean neither Kevin De Bruyne nor Eden Hazard is set to start against Russia on Saturday at Saint Petersburg Stadium, where the Belgians' World Cup hopes in 2018 died in a loss to France.

They return to the same venue three years later as the world's top-ranked team — they have been in that position since October 2018 — but with doubts about the availability of their two star attacking midfielders, and maybe a bit more.

De Bruyne is probably the least of coach Roberto Martinez's concerns, despite linking up with the squad a week late after fracturing his nose and eye socket during Manchester City's loss to Chelsea in the Champions League final.

The playmaker required a minor operation and is likely to be ready to start in Belgium's second game, against Denmark in Copenhagen on June 17, when he might be wearing a face mask.
Hazard's health is slightly less clear-cut, with the winger in far-from-perfect shape after an injury-disrupted season with Real Madrid and only being a substitute in Euro 2020 warmup games.

Martinez said Hazard still needed to get “match intensity” so is likely to be on the bench again for the game against Russia, whose chances of an upset win suddenly have improved.

There's still much to like about Belgium: the goals of striker Romelu Lukaku, the flourishing of midfielder Youri Tielemans, the foraging runs of wing back Thomas Meunier, the consistency of goalkeeper Thibaut Courtois. The experience of more than 1,300 international appearances in the squad should also stand Belgium in good stead when it comes to pressure situations in a major tournament.

Yet is there a worry that the Belgians have a squad with one of the oldest average ages, at 28.7 years, at the end of a pandemic-congested season? That Martinez is still relying on a bunch of 30-somethings in defense in Toby Alderweireld, Jan Vertonghen and Thomas Vermaelen? That Axel Witsel, the main holding midfielder, is 32 and coming off a four-month absence with a torn Achilles tendon injury that could keep him out of the start of the tournament?

There is a widespread acceptance that this might be Belgium's best chance of winning a European Championship or World Cup for the first time, at least for this current generation.
“Now is the time for us to win something. Maybe it's now or never,” Belgium midfielder Leander Dendoncker said this week.

Counting against Martinez's players somewhat is the fact they will have to travel for all of their games in the continent-wide competition.

“In terms of logistics, it's probably the hardest we could've had,” Martinez said.
Unlike Russia, which plays its first two Group B games in St. Petersburg. Remember, it was on home soil that Russia reached the quarterfinals of the World Cup in 2018, beating Spain along the way.

Not that playing at home did the Russians any good against Belgium in qualifying for Euro 2020, though. In their next-to-last group game, Russia conceded four goals at home for the first time in a competitive match in losing 4-1, also in St. Petersburg.

Playing in front of a potential 30,000 fans, among the biggest group-stage attendances at the tournament, can only spur on Russia in its fifth straight appearance at the European Championship.

And on Friday, Russia winger Andrey Mostovoy became the first player to be cut from a team at the tournament after testing positive for the virus.

Cherchesov will be crossing his fingers no injury befalls Artem Dzyuba, who lost the captaincy last year because of a social-media scandal but remains a crucial member of the team as its main scorer.

Indeed, the 32-year-old striker needs one more goal to tie the record for Russia's national team of 30, held by Alexander Kerzhakov, since the breakup of the Soviet Union.
(With inputs from AP)

Match:  UEFA European Championship 2020 Match between Belgium and Russia, Group B
Date: June 13 (Sunday), 2021
Time: 12:30 AM IST
Venue: Saint Petersburg Stadium
Head-to-Head:  Belgium have won both the times these two sides have met in a tournament.

All information is subject to change.

Coach Speaks
Belgium coach Roberto Martinez: I agree that the first game is often the most difficult in a big tournament. You have to get into the tournament both mentally and physically. It'll be a real test tomorrow, because we know this team very well, but they also know us by heart and they'll have the support of their fans."
Russia coach Stanislav Cherchesov: Belgium have 18 players who played in the World Cup in 2018. They're obviously a strong team. We've played them three times over the past few years and all of the games were really entertaining. We have to play to our maximum tomorrow to succeed. "