It's Saturday mayhem in England as both the big London clubs, Tottenham and Arsenal, suffered humiliating defeats. 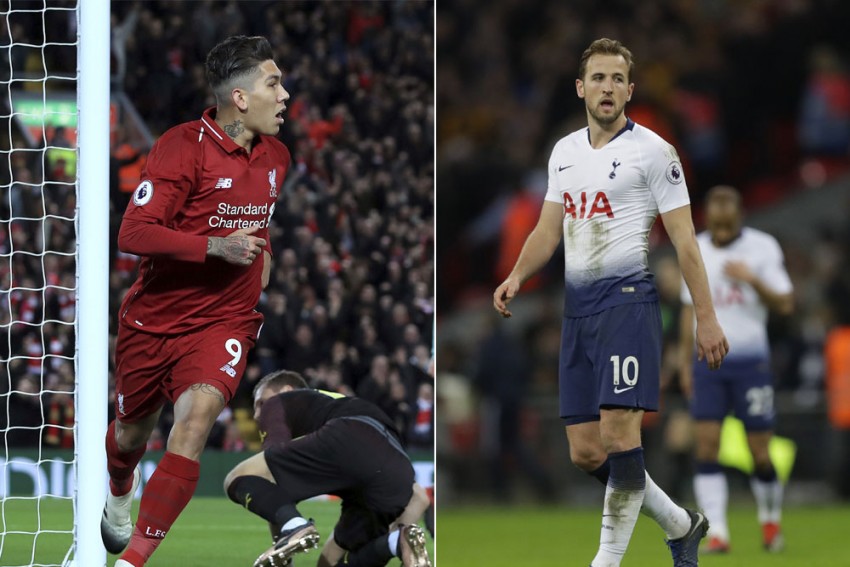 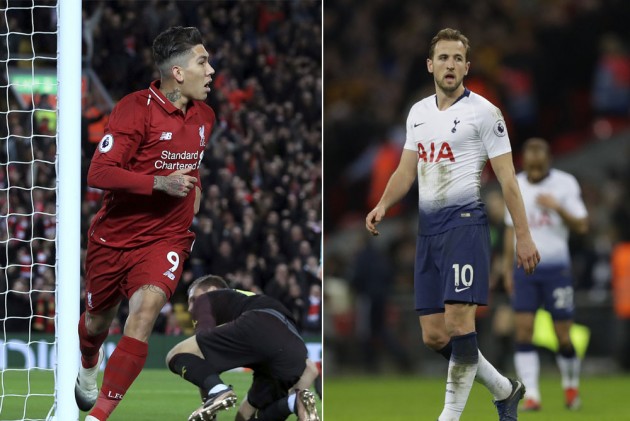 Soon after Wolverhampton Wanderers registered a stunning come from behind 3-1 win over Spurs at Wembley, Roberto Firmino scored a hat-trick in the Anfield goal fest in front of a packed crowd. Thus they won the first match of the widely reported double-header which also has a trip to defending champions Manchester City next week.

But it was the Gunners who had the first celebratory huddle in Merseyside with Ainsley Maitland-Niles giving an unlikely lead to the visitors in the 11th minute from an Alex Iwobi minus. It was only the third goal Liverpool have conceded at Anfield all season. And it forced the Reds to react, and they did in style.

Arsenal's lead lasted only three minutes and by the 16th minute, they were 1-2 down as Firmino hit twice in two minutes. Both the goals were results of often berated Arsenal defence. The Brazilian playmaker needed only a tap-in after the ball got ricocheted on his path thanks to a messy clearance inside the box.

But 'Bobby' needed little luck, that of the second one was a mixture of individual brilliance and poor man-marking from the Unai Emery's men. Two minutes after scoring his first home goal of the league campaign, the Brazilian toyed with three defenders before beating Bernd Leno.

By the 32nd minute, Jurgen Klopp was already celebrating a 3-1 lead on the sidelines as Sadio Mane produced a clinical one-touch finish from a pin-point Mohamed Salah pass.

In the first-half injury time, Salah scored his 13th goal of the campaign to be joint top-scorer alongside Pierre-Emerick Aubameyang, who had a poor outing on the day, and Harry Kane, who earlier in the day scored on a losing cause.

The Egyptian was brought down by Sokratis Papastathopoulos on the byline, and the referee pointed to the spot to the chagrin of Arsenal. Last season's top scorer stood up and buried the ball with a powerful kick past Leno.

Considering the recent match-ups between the two proud sides and also Arsenal's own record of winning matches in the second half under Emery, a comeback from the visitors was still expected. And they did play some fluent football after the break, but the possibility of a famous comeback was nipped in the bud as Firmino completed his hat-trick in the 65th minute with a penalty kick.

Sead Kolasinac was caught pushing Dejan Lovren while the opposing players were jostling to get a delivery from Mane's sub Jordan Henderson. Firmino sent Leno the wrong way to complete the rout.

The win increased Liverpool's lead over Tottenham to nine points and they can still hope to start the new year with a seven-point lead at the top of the table even if City beat Southampton on Sunday. And the free-scoring Liverpool now also have a 48:8 goal difference, which is four more than equally destructive City (51:15).

In London, Kane found himself celebrating his MBE with a sumptuous left-footed curler from outside the box in the 22nd after fed by a Son Heung-Min pass.

But Mauricio Pochettino's side which won 6-2 and 5-0 against Everton and Bournemouth respectively in their last two games, slumped to a shocking defeat with the Wolves scoring three times in 18 minutes in the second half.

Willy Boly levelled with a powerful header in the 72nd minute, before Raul Jimenez put the visitors ahead with an ordinary looking finish to the right of Hugo Lloris in the 83rd minute. Then Helder Costa produced a brilliant left-footed finish on the counter-attack three minutes from time.

In other fixtures, Brighton, Fulham and Cardiff City registered identical 1-0 wins over Everton, Huddersfield and Leicester City respectively. Watford scored a late equaliser against Newcastle at home to share the spoils.

On Sunday, Chelsea will take on Crystal Palace in a London derby in the early kick-off. It will be followed by City's travel to St Mary's Stadium and Burnley's home game against West Ham.

A resurgent Manchester United will host Bournemouth in the final game of the round 20.