Dele Alli will serve a one-match ban and must also pay a £50,000 fine and undertake an education course after breaching FA rules 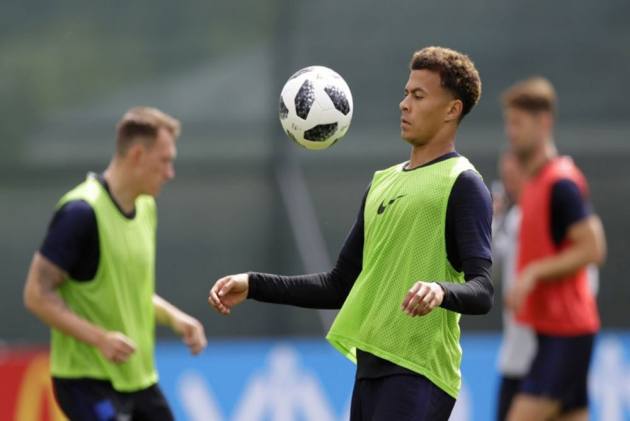 Tottenham and England midfielder Dele Alli has been handed a one-match ban for a racially insensitive social media post, the Football Association (FA) has announced.

Alli was charged by the FA in February over a Snapchat post that showed him in an airport mocking an Asian man in reference to coronavirus.

The video showed Alli wearing a protective facemask in an airport and was entitled ,"Corona whattt, please listen with volume". It cut to the gentleman, who appeared to be unaware he was being filmed, before panning to a bottle of antiseptic handwash.

Underneath, a caption read: "This virus gunna have to be quicker than that to catch me."

The 24-year-old deleted the video and posted an apology to the Chinese social media network Weibo.

He denied his initial post was in breach of FA regulations, and as detailed in the written reasons, Alli said he videoed the man because he was coughing, not because of his ethnicity.

However, his ban means he will now be absent when Tottenham resume their Premier League campaign at home to Manchester United next week.

Alli must also pay a £50,000 fine and undertake an education course after the governing body found his actions to be "insulting and/or improper and/or brought the game into disrepute" under FA Rule E3 (1).

It additionally constituted an "aggravated breach" in line with the second sub section of that rule, because "It included a reference, whether express or implied, to race and/or colour and /or ethnic origin and/or nationality".

"It was not the FA’s case that Dele Alli was a racist," the FA's written reasons from the case read. " The FA’s case was that 'without sufficient thought', the player shared a video that depicted an 'unacceptable racist stereotype' in a misguided attempt at humour."

In a statement posted on Tottenham's official website, Alli said: "In response to the FA decision, I would like to apologise again for any offence caused by my behaviour.

"It was an extremely poorly judged joke about a virus that has now affected us more than we could ever have imagined. I’m grateful that the FA has confirmed that my actions were not racist because I despise racism of any kind. We all need to be mindful of the words and actions we use and how they can be perceived by others."

Alli's punishment is identical to the one the FA handed to Bernardo Silva last year, when the Manchester City playmaker posted a tweet that compared team-mate Benjamin Mendy to a logo produced by Conguitos, a Spanish confectionary brand.

Conguitos' branding has been criticised for having racist connotations.