England and Pakistan settled for a dull draw with rain playing its part, but the match at Southampton will be remembered for James Anderson, who became the first pacer to breach the 600-wicket mark 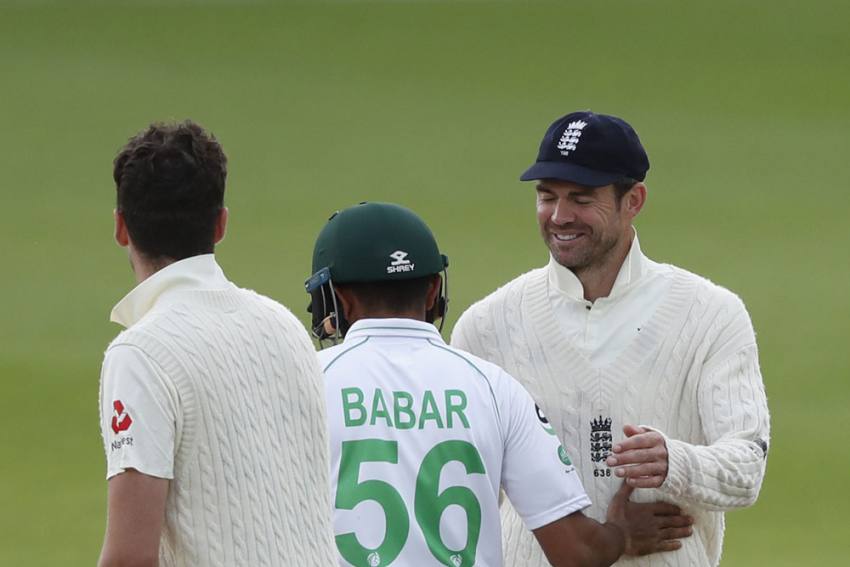 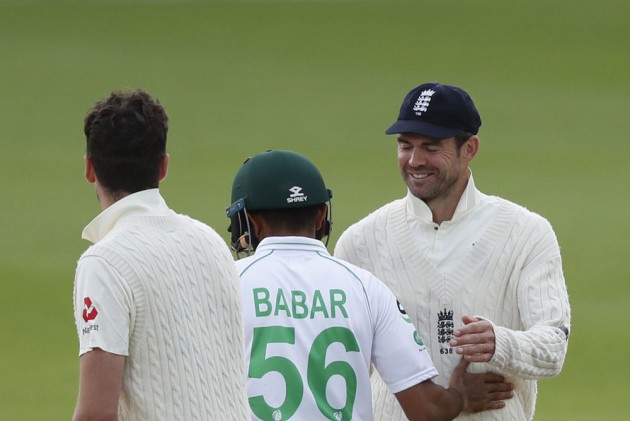 England paceman Jimmy Anderson became the first fast bowler to reach 600 wickets in Test cricket, before the third and final match against Pakistan finished as a draw on Tuesday, leaving the home side to celebrate a second series victory of the pandemic-disrupted summer. (More Cricket News)

Less than two hours of cricket were played on a rain-affected Day 5, with England taking just two of the eight wickets needed to win the match at the Rose Bowl after Pakistan resumed on 100/2 and trailing by 210 runs.

The big consolation was Anderson took one of them, removing Pakistan captain Azhar Ali to join retired spinners Muttiah Muralitharan, Shane Warne and Anil Kumble in the "600 club" in Tests.

England won the series 1-0, with its three-wicket victory in the first Test in Manchester followed by two drawn tests in Southampton.

It was a first series triumph over Pakistan since 2010 and a second of the summer after beating the West Indies 2-1.

Pakistan were 187/4 when the teams settled on a draw, with 27.1 overs bowled on Tuesday. Babar Azam was 63 not out. The first two sessions were washed out because of heavy overnight rain and a subsequent drenched outfield.

After England captain Joe Root took a high catch at first slip off Azhar to give Anderson his prized wicket on his 14th delivery of the day, the 38-year-old fast bowler was mobbed by his teammates.

Then Anderson took the ball in his right hand and — with a cheeky smile — saluted all sides of the Rose Bowl, which is without spectators because of coronavirus restrictions. England coach Chris Silverwood applauded on the boundary edge.

Muralitharan (800), Shane Warne (708) and Anil Kumble (619) remain above Anderson on the all-time list of wicket-takers.