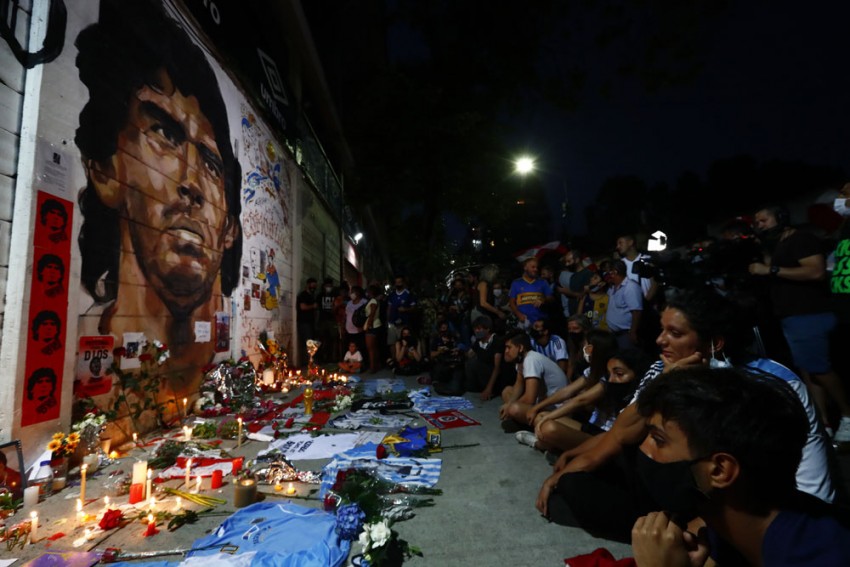 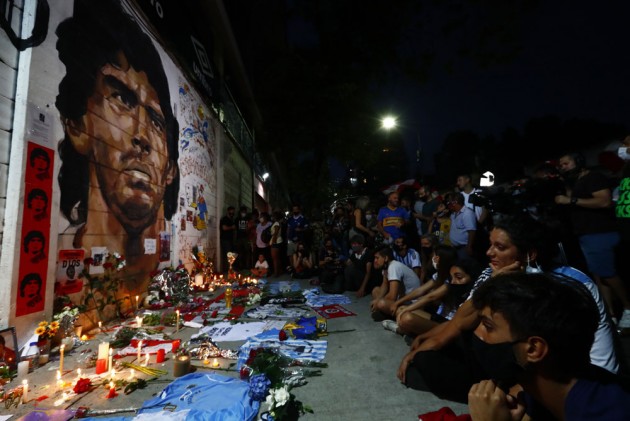 Peter Shilton was "saddened" to learn of the death of Diego Maradona but remains vexed by the Argentina great's Hand of God goal against England at the 1986 World Cup. (More Football News)

At the age of 60, Maradona died on Wednesday, leaving Argentina and the football world in shock.

Ill health and drug addiction had plagued the former Barcelona and Napoli star following his playing days, and he recently underwent surgery for a blood clot on his brain.

Tributes have been paid by the likes of Pele, Lionel Messi and Cristiano Ronaldo.

Shilton has more reason than most to feel a sense of antipathy towards Maradona, who punched the ball past him for Argentina's first goal in their 2-1 quarter-final win against England 34 years ago.

Maradona was the greatest footballer I ever played against without question, it’s so sad that in recent years he suffered with health and addiction my thoughts go out to his family this icon was taken far to soon #RIPDiego

Shilton told the Daily Mail: "It has bothered me over the years. I won't lie about that now. People say I should have cleared the ball anyway and that I let a smaller man outjump me. That's rubbish. He had the run on me but that can happen.

"He wouldn't have punched it if he knew he could head it, would he? Of course not. So I am OK with all that.

"No, what I don't like is that he never apologised. Never at any stage did he say he had cheated and that he would like to say sorry. Instead, he used his 'Hand of God' line. That wasn't right.

"It seems he had greatness in him but sadly no sportsmanship."

Shilton tweeted on Thursday to describe Maradona as "the greatest footballer I ever played against without question", but he told the Daily Mail that attempts to unite him with Maradona over the years had come to nothing, having been given no assurances the little maestro intended to apologise.

And although England's goalscorer in that 1986 match, Gary Lineker, has spoken fondly of Maradona, Shilton suspects many in the team that lost out that day at the Estadio Azteca share his grievances.

"Most of the England team who played in Mexico feel the way I do to this day," Shilton said.

India Vs Australia: Quarantine Over, Indian Team Checks Into New Hotel On Eve Of First ODI