Deepa Malik, who won a silver in shot put F-53 event in the 2016 Rio Paralympic Games, was elected unopposed as president in the Paralympic Committee Of India (PCI) polls held in Bengaluru on Friday 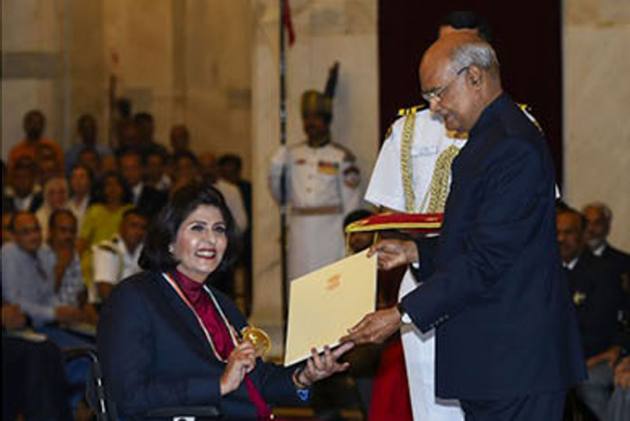 Decorated para-athlete and India's lone woman Paralympic medallist Deepa Malik has been elected as president of the Paralympic Committee of India though the results of the elections are subject to a pending case in the Delhi High Court. (More Sports News)

The 49-year-old Deepa, who won a silver in shot put F-53 event in the 2016 Rio Paralympic Games, was elected unopposed as president in the PCI polls held in Bengaluru on Friday.

"My heartiest congratulations on the commencement of new innings of a fresh tenure in @ParalympicIndia. Expressing my gratitude on being trusted with the Presidentship and welcoming an athlete-centric approach in para-sports in India," Deepa wrote on her twitter handle.

"A huge transition for me, personally, for which I hope for continued support. I look forward to disposing my duty with full honesty and integrity."

Gursharan Singh, who was acting as interim president after former chief Rao Inderjit Singh was removed from his post last year, was also elected unopposed as secretary-general.

Kavender Chaudhury and Shashi Ranjan Prasad Singh were elected as vice presidents, while M Mahadeva was made treasurer. Nale Nandkishor Baburao and Kantilal Parmar were elected as joint secretaries.

Returning Officer R Radha, a retired District and Additional Sessions Judge, while announcing the office bearers said the results will be subject to further orders to be passed in a case pending before the Delhi High Court.

Deepa, also a Rajiv Gandhi Khel Ratna awardee as well as Padma Shri recipient, has also won a silver in the IPC World Championships in 2011 in shot put F 52-53 event, besides bagging a silver each in discus (F 52-53) and javelin throw (F 53-54) events in the 2018 Asian Games in Indonesia.

The sports ministry in September last year had de-recognised the PCI, citing violation of the National Sports Code in the para-body's decision to sack Rao Inderjit Singh. The Ministry had said it found PCI's response on the removal of Rao Inderjit unsatisfactory.

The PCI had changed its bye-laws to bar public servants from it during its Annual General Meeting on May 4 last year. Singh was a Minister of State (Planning) in the Union Government at that time.

"It is the first time when a top athlete has been made president of a sports body under which he or she has been competing," Gursharan said on the election of Deepa.

Gursharan is hoping that PCI will regain the recognition of the sports ministry if the Delhi High Court rules these elections valid.

"Sports Ministry is also a party in the case pending before the Delhi High Court, so if the High Court says the elections are valid, I think that should be binding to the sports ministry also," Gursharan said.