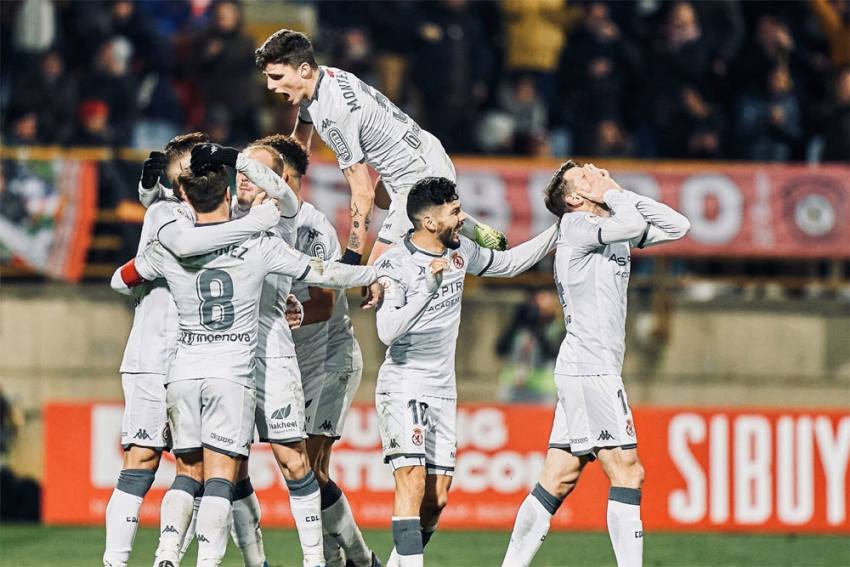 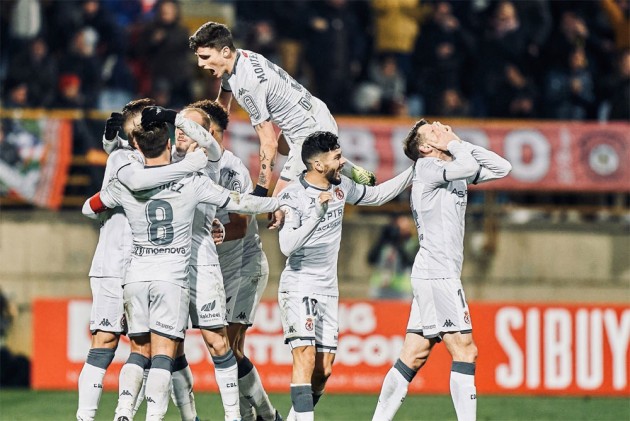 Diego Simeone's side were sluggish for much of Thursday's encounter at Reino de Leon, though Angel Correa's 62nd-minute strike seemed set to send Atleti through.

And it was Benito - who had earlier missed a glorious chance to open the scoring - who had the final say, his precise volley in the 108th minute sparking huge celebrations from the home fans as Cultural claimed the unlikeliest of scalps.

Atleti wasted little time in stamping their authority on proceedings and Vitolo should have done better when he raced through one-on-one with Lucas Giffard only to prod wide in the clearest opportunity of a tepid first half.

Benito should have made Atleti pay for Vitolo's profligacy when he met Virgil Theresin's cross, but the Cultural striker diverted his close-range header over.

Vitolo looked all set to break the deadlock just before the hour, though he yet again fluffed his lines when up against Giffard.

Cultural's hopes seemed to be dashed, but Castaneda had other ideas, with the left-back's volley hauling the hosts level.

Ivan Saponjic missed two glorious chances to restore Atleti's lead, before Giffard made a sensational double save to force extra-time, setting the stage for Benito.

Gabriel Gudino's lofted pass opened up Atleti's defence and, showing the composure he had sorely lacked with his earlier chance, Benito sent a crisp volley arrowing in at the near post to seal an incredible win.

What does it mean? Stuttering Atleti rightly punished

Leonesa were defeated 5-1 on aggregate by Barcelona at the same stage last season, but were not in awe of their illustrious opponents on Thursday. Atleti have now lost their last three matches in all competitions, and this result was a true humbling for Simeone's team.

Felix delivers the Joao factor but Castaneda and Benito the show

In a match lacking in quality, a moment of brilliance from Joao Felix with his superb, deft touch around the corner into Correa's path carving open Leonesa's defence. However, Castaneda cancelled out the Portugal international's fine work with his stunning volley with seven minutes remaining, with Benito then claiming the limelight in extra-time.

Having already missed from a one-on-one situation, Vitolo looked all ready to atone for the squandered opportunity when he was played in again in the second half, but could only send a tame effort straight at Giffard, wasting the chance to put Atleti well in control.

Atleti face Leganes in LaLiga on Sunday, while Athletic Bilbao II await Leonesa in their next Segunda B outing.