Maurizio Sarri is keen to get Cristiano Ronaldo firing on all cylinders, with the Juventus forward struggling for form since Italian football returned 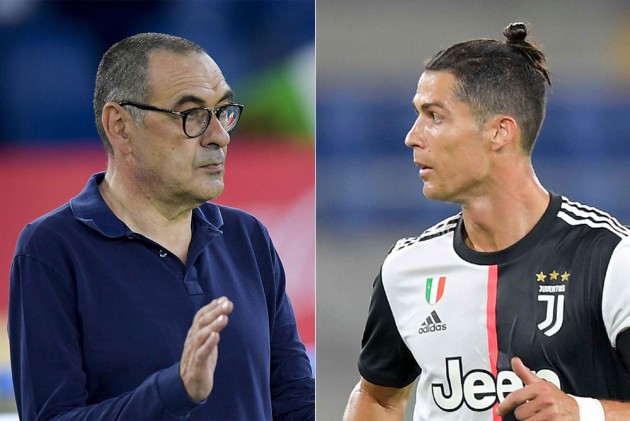 Former Real Madrid superstar Ronaldo has scored 25 goals across all competitions for reigning Serie A champions Juve this season, but he has looked off the pace of late.

Sarri has every confidence Ronaldo will be back to his world-beating best before too long, and the Juventus head coach revealed he and the five-time Ballon d'Or winner spent time together in private to reflect on the situation.

"Yesterday I talked to Cristiano, alone and for a long time," Sarri said on Sunday.

"He must not lose confidence, I hope that tomorrow the all-time fantastic player will return. You just have to go through a physical moment where you can't necessarily be the best."

Juventus travel to face Bologna in Serie A on Monday, having already suffered disappointment since the resumption that followed the coronavirus suspension of all football in Italy.

Losing the Coppa Italia final to Napoli on Wednesday, albeit on penalties, came as a major blow to a Juventus side who have become accustomed to success.

Sarri was asked whether using Ronaldo as a centre forward might help Juventus, but he says it is the Portuguese's preference to play in a different role.

"We talked about it before the Coppa Italia matches. He has scored 700 goals starting slightly off the centre and clearly his preference is that," Sarri said.

"In the final it was decided with the lads that we'd play [Paulo] Dybala more centrally."

Before that goalless Coppa Italia final, Juventus drew 0-0 at home against Milan to reach the showpiece on away goals, with the first match having taken place in February.

It means they have yet to score in two games since returning to action after a three-month absence from the pitch.

By their high standards, that represents a goal drought.

"We will have to improve the quality of the game," Sarri said. "The scoring problem will improve as a natural consequence."

Juventus appear unlikely to have Gonzalo Higuain available for the Bologna game, with Sarri saying the forward has a minor problem relating to an old issue that "must be healed completely" before he plays again.

"I don't know if the doctor will make him available, but I don't think so," Sarri said.