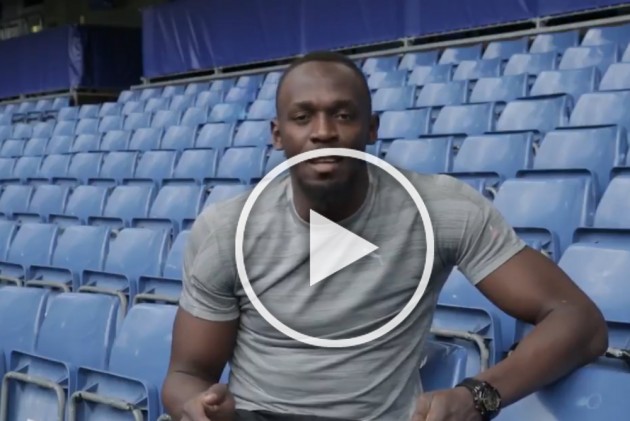 With India set to face England in a crucial fixture of the ongoing Cricket World Cup, fans have begun their prediction trivia before the match. The clash is scheduled for June 30, and it will be played at Edgbaston. So it doesn't come much as a surprise to see that the world's fastest man, Usain Bolt, has also laid in his prediction for the upcoming feisty showdown!

In a video posted by ICC, Bolt is seen answering questions thrown at him from kids of both the countries. The video is captioned as, "We enlisted the help of some eager kids to interview the world's fastest cricket fan, @usainbolt! The kids take over this weekend when England face India in the #OneDay4Children game in Birmingham on Sunday."

We enlisted the help of some eager kids to interview the world's fastest cricket fan, @usainbolt!

The kids take over this weekend when England face India in the #OneDay4Children game in Birmingham on Sunday. #OD4C #CWC19 pic.twitter.com/Oe3rEEG9OB

Out of the series of questions, the one which stands out the most is when a boy asks the Jamaican about who does he think will win. "I think India will win," quips Bolt.

The video is filled with humor, with Bolt being his original self. An England fan asked him about what did he eat for breakfast when he became the world's fastest man, and Bolt replied, "I actually did eat something special. I had chicken nuggets. I don't think the England should try that."

Also, he was asked about the coolest thing about cricket, to which Bolt said that for him it is whenever the ball crosses the boundary. A girl also asks him about tips to win her upcoming race, to which Bolt asks her to just go and enjoy the race.

The world's fastest man had his say about the highly anticipated clash, who do you think will come out on top?