While Australia became the first team to reach the semifinals of the ICC Cricket World Cup 2019, England's defeat made their path to the last four way tougher than it was not less than a week ago 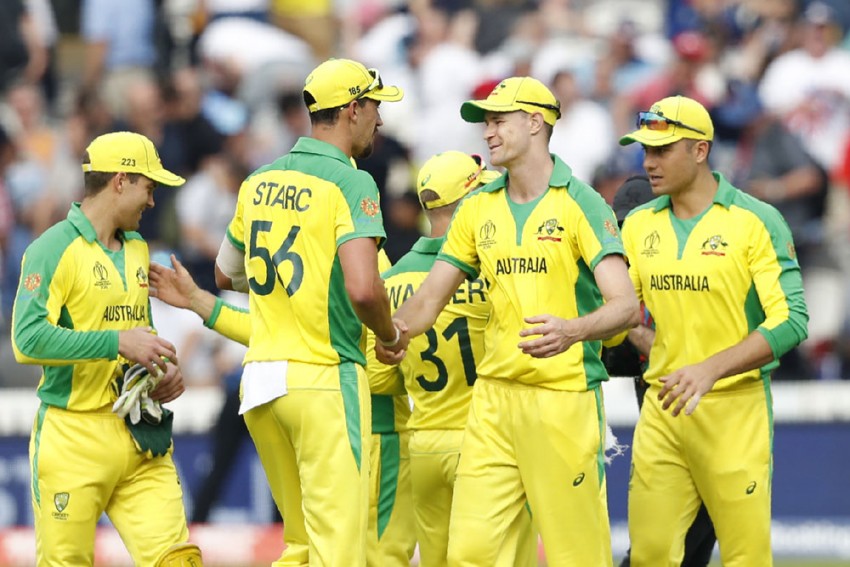 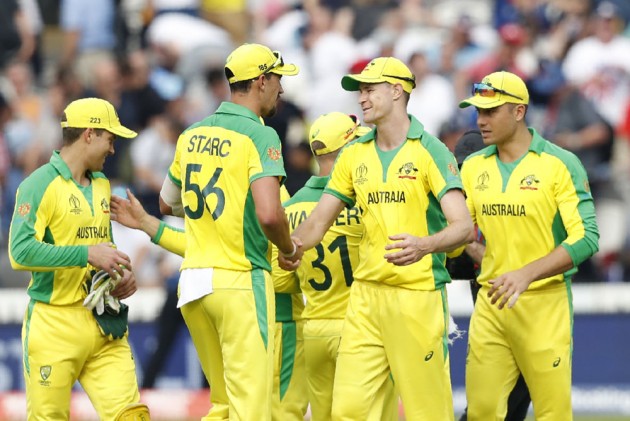 It was reminiscent of the Australian swagger of yore as Aaron Finch's pacers bossed arch-rivals England on their way to the ICC Cricket World Cup 2019 semifinals with a 64-run victory at Lord's, London on Tuesday.

While Australia became the first team to reach the semifinals of the showpiece, England's defeat, their second straight following the stunning reverse to Sri Lanka, made their path to the last four way tougher than it was not less than a week ago.

Also Read: How England Can Make The Semifinals

Captain Finch rose to the occasion with his second century of the tournament before England rallied to stop Australia at 285 for seven in their blockbuster showdown.

England were off to the worst possible start, losing James Vince in only the second ball of the innings.

Bigger blows awaited the hosts as the Lord's saw in disbelief the quick departure of the in-form Joe Root followed by skipper Eoin Morgan.

At 26 for three in the sixth over, England were staring down the barrel against a side that is historically known to raise its game on the biggest stage, more so when the stakes are high.

England were pushed further down the abyss when Jonny Bairstow was dismissed by Jason Behrendorff, making it 53 for four in the 14th over.

With a 71-run partnership for the fifth wicket, Stokes and Jos Buttler somewhat rescued the innings, but the wicketkeeper-batsman got out after making 25 off 27 balls.

The match was as good as over when Starc bowled Stokes with one of the tournament's finest yorkers to leave the home team reeling at 177 for six.

Earlier, comfortably placed at 185 for three in the 36th over, Australia were headed for a 300-plus total, but lost the plot due to England's fine comeback and lack of discretion on part of most of the batsmen that followed Finch and David Warner (53).

Sent into bat after Morgan called it right at the toss, Australia were given another fine start by their in-from openers, who took them to 123 in the 23rd over, when leading scorer Warner got out.

Dropped on 15, Finch (100) went on to make his 15th ODI century, off 115 balls, but got out in the very next ball to leave the responsibility of finishing the innings in style on Steve Smith's shoulders.

Smith (38) batted positively until he was sent back by Chris Woakes, while Alex Carey smashed 38 off 27 balls, but the defending champions seemed to have lost the plot with the wickets of Glenn Maxwell and Marcus Stoinis.

Maxwell hit Jofra Archer for a four before sending his thunderbolt over long on and into the crowd for a six. But Maxwell did not last long, and Australia were 228 for five, when Stoinis was run out in the 42nd over due to the combined efforts of Jonny Bairstow, Adi Rashid and Jos Buttler.

This was after Warner and Finch shared another 100-plus stand for the first-wicket. It was the pair's fifth successive partnership of 50 or more at the tournament, a World Cup record.

Finch found the fence 11 times during his 116-ball knock and cleared it twice, with Moeen Ali being at the receiving end on both occasions.