Home  »  Website  »  Sports  »  Cricket World Cup 2019: Who's The Opposition Player Virat Kohli 'Chooses' To Have In The Indian Team – WATCH To Know

Cricket World Cup 2019: Who's The Opposition Player Virat Kohli 'Chooses' To Have In The Indian Team – WATCH To Know

During the 'captains press conference' of the Cricket World Cup 2019, all the skippers were asked to choose a player from opposition teams who they would have liked to have had in their team 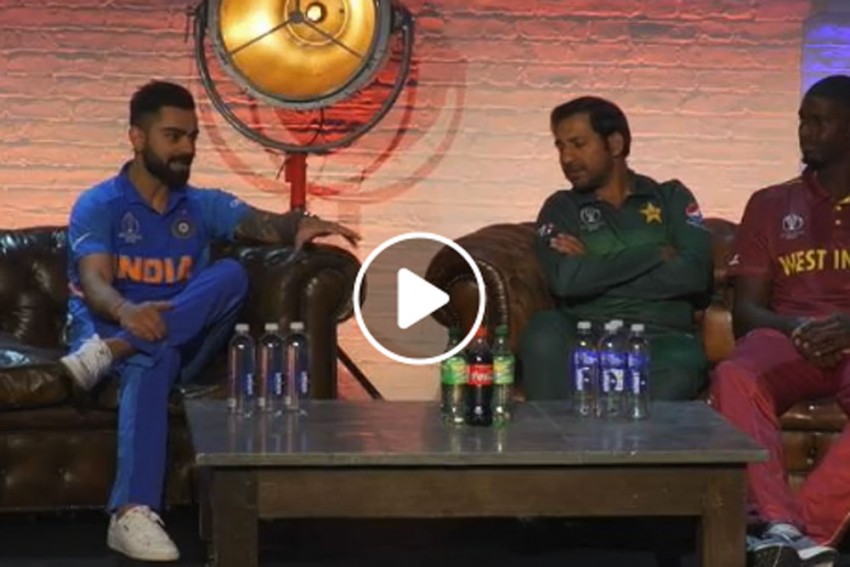 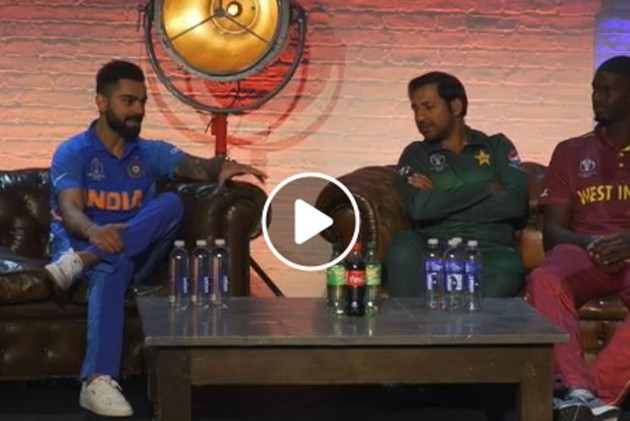 India captain Virat Kohli would pick a rival captain in his side if he ever got a chance to pick someone from the other participating teams in the Cricket World Cup. That's the respect the Indian captain has for his rival numbers.

Indeed one difficult task. But there were some interesting answers, ranging from Jasprit Bumrah to Rashid Khan.

When his turn arrived, Kohli said that the Indian squad is pretty strong. But went on with the game and said, "It is very difficult to choose someone. We feel we are such a strong side. But if I have to choose one from the current lot...since AB (de Villiers) is retired now, I would choose Faf (du Plessis)."

Du Plessis preferred to pick bowlers rather than batsmen but when asked if he would not like to have Kohli in his team, the South African said: "Virat is my batting team".

"I will pick a few players, mainly bowlers. For bowling attack...Jasprit Bumrah, he is bowling really well at the moment. As Virat said, he is a multi-format bowler. Then there is exciting spinner Rashid Khan, Pat Cummins from Australia.

The team that will go till the end of the tournament will be the ones that do well with the ball. Bowlers who have capabilities of taking wickets," said du Plessis.

"Bowlers will play a big part and I would love to have Rashid Khan in my team," said Williamson.

England's Eoin Morgan, who was the first captain to posed with the question, said: "I won't change anything about my team. Ponting is part of Australia's coaching side, so I would take Ricky Ponting."

"Rabada is one guy who has amazing energy. He is a superstar," said Finch.