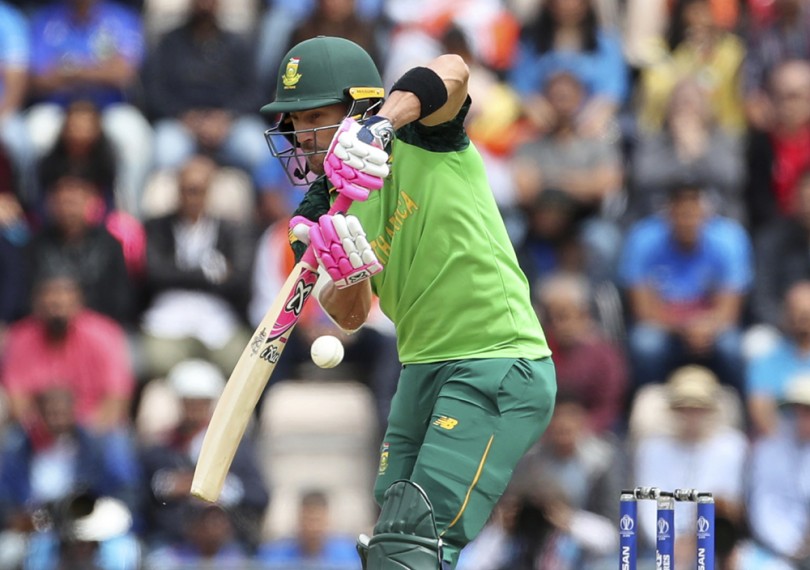 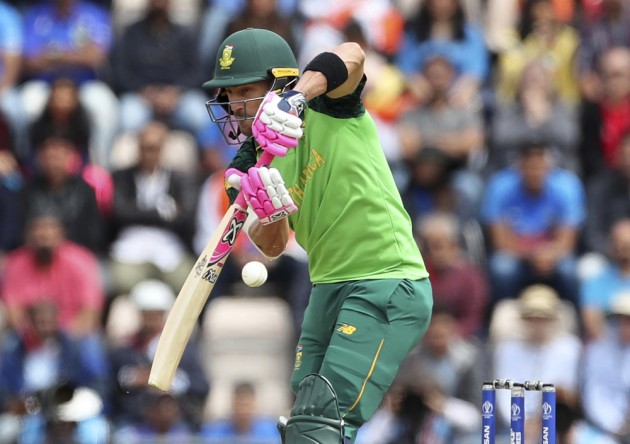 South Africa have got their first point of the ongoing ICC Cricket World Cup 2019 and are ready to rack up some more after their washout against West Indies in Southampton, on Monday.

Although 7.3 overs of play was possible and South Africa had lost two wickets in that time, captain Faf du Plessis confirmed the team feels confident about their ability to start winning matches at this tournament - a must, if they are to maintain any hope of making the semi-finals.

“The feeling in the camp is still very strong,” said the skipper.

He continued, "The guys are still enjoying being on tour, enjoying being here. The guys are having fun. It is just performance-wise, we haven't put in the performances we need. Generally, I find that when a team starts losing two or three games, it can happen that there are a few cracks that can appear in a team and the blame game can start."

“And I do honestly believe that we have been very far away from that. That is a strong sign of us as a team, as a culture, and that is one aspect of performance. You get culture and then you get the actual performance on the field. Now it is just the performance and the skill side of cricket that needs to take over," quipped du Plessis.

For that to happen, South Africa are looking for individual players to put their hands up in their next game against Afghanistan, in Cardiff on Saturday.

Du Plessis stated, “You need individuals within your side to stand up and step up and pull the team up. You need one guy getting a great hundred."

“KG (Kagiso Rabada) did that against India as a small part of a role in a game. He picked the bowling unit up by just being the X-factor player that he is, so right now, we need individuals to stand up and step up to lift the team's morale. If you get that going, then other players can feed off their confidence.”

Rabada delivered a threatening opening spell on Wednesday against India, in which he generated good bounce and beat the bat several times.

He was unable to repeat that on Monday, where conditions could have been similarly favourable.

Had Rabada got the opportunity, du Plessis thinks this his strike bowler and new-comer Beuran Hendricks could have helped defend a small total.

“In my mind, when I was looking at 30 or 35 overs, I was still feeling like if you get a score of 200, there was enough in that wicket with our bowling attack, especially playing Beuran today as well, an extra seamer,” he added.

But in the end, du Plessis was pleased he did not have to play in a shortened game, which would have favoured West Indies.

He added, “The further the game goes, the closer to a t20 game, being two down already, the odds are heavily in their favour. So as it got a bit later in the day, then you'd rather get the point and go.”

“We need to start playing better cricket, more consistent and more solid cricket. If we do that, and the results start happening one by one, then this team will get a lot of confidence from that for the later stages.”