Shikhar Dhawan is injured and out of action for three weeks for the ongoing Cricket World Cup 2019. Dhawan received the injury during India's win over Australia in the competition. In his latest tweet, he used Dr Rahat Indori's Urdu poem as a source of inspiration. 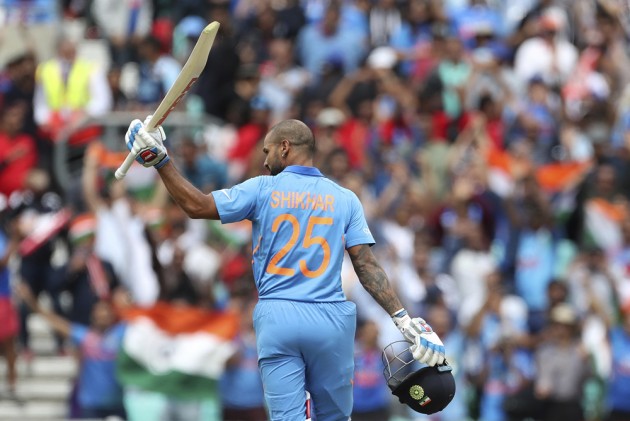 After being ruled out of action for three weeks, India's swashbuckling batsman Shikhar Dhawan has taken to social media in making his objectives clear of a strong comeback in the ongoing Cricket World Cup 2019.

The tweet can be translated as, "Sometimes we are like the fragrance of flowers, sometimes the smoke that comes out of mountains. How can any scissor cut short our flight as we don't fly on wings but courage."

It was earlier revealed that the left-handed batsman would undergo precautionary scans to determine the extent of injury on his swollen left thumb. After the scans, physio Patrick Farhart took the call to not use Dhawan for three weeks. The Delhi Capitals player could be back before the Bangladesh fixture.

Meanwhile, as reported earlier, Rishabh Pant has been called up to cover for Dhawan. Pant won't be replacing the senior batsman.