England crushed Bangladesh at the Cricket World Cup and captain Eoin Morgan said there are no major worries over Jos Buttler's hip injury. 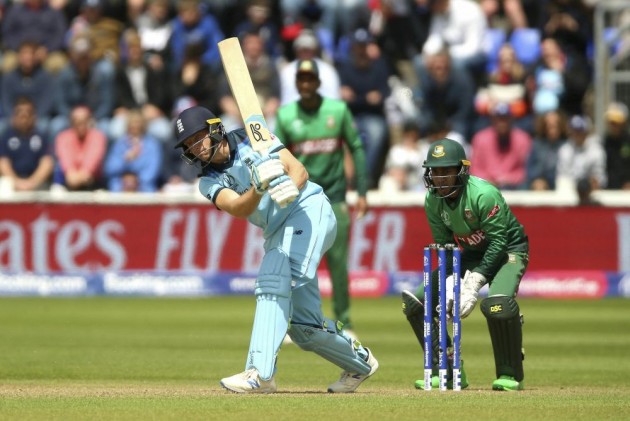 The ODI wicketkeeper could not take to the field for Bangladesh's innings on Saturday after suffering a hip injury when batting.

Jonny Bairstow, the Test keeper, took over from Buttler as England ran out winners by 106 runs to get their tournament campaign back on track.

Buttler had cracked 64 from 44 balls, with four sixes, but he was struggling to run between the wickets for a long part of his innings.

England do not have a match until they tackle the West Indies in Southampton on Friday, however, and Buttler might be back for that.

"There's no serious concern with Jos at the moment," captain Morgan said. "He didn't keep in the innings as a precaution. He'll be monitored over the next 48 hours."

After losing to Pakistan at Trent Bridge, England stacked up 386-6 against Bangladesh before bowling out their opponents for 280.

Morgan added: "We knew we would have to improve to win a tough game against Bangladesh and I think in the batting particularly we were outstanding."

Jason Roy plundered 153 and opening partner Jonny Bairstow made 51 as they put on 128 for the first wicket.

"The two boys at the top of the order set a really solid platform and Jason managed to go on and get quite a significant score at a good clip again," Morgan said.

"So that's great to see. He's intimidating to play against when he does score runs."

Man-of-the-match Roy said at the post-match presentation: "It was great to get out there and right our wrongs from the last game and put in a big performance."

Asked about the fact it was the first time he and Bairstow had given England a strong start together in this World Cup - their previous two stands were of one and 12 - Roy was quick to dismiss the statistic.

"We're only three games in," he said. "We've been doing pretty well together over the last couple of years so we've got nothing much to worry about, I don't think. We'll just go out there and get the job done."

Bangladesh captain Mashrafe Mortaza praised Shakib Al Hasan, who made a fine century of 121 to hold up England.

Mortaza said: "He's playing so well for us, batting at number three, giving so much depth in the batting. His bowling also has been fantastic. There's a long way to go, still six matches left, and hopefully the other boys will come and step up."