Coronavirus: Would Love To Be In Quarantine With Quinton De 'Proper Cook,' Says Dale Steyn

Explaining his choice, Dale Steyn said Quinton de Kock is a 'proper cook' and staying with the current South Africa skipper would allow him to watch all the fishing videos the wicketkeeper-batsman watches 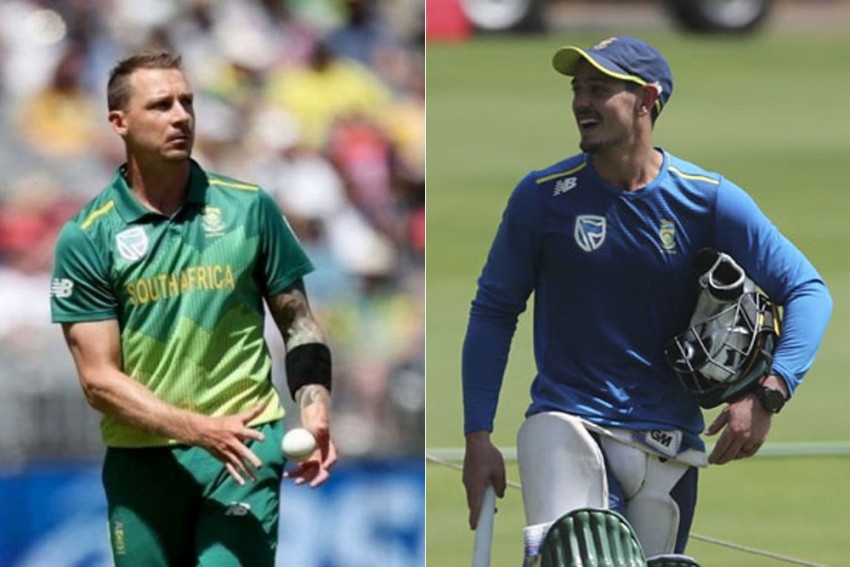 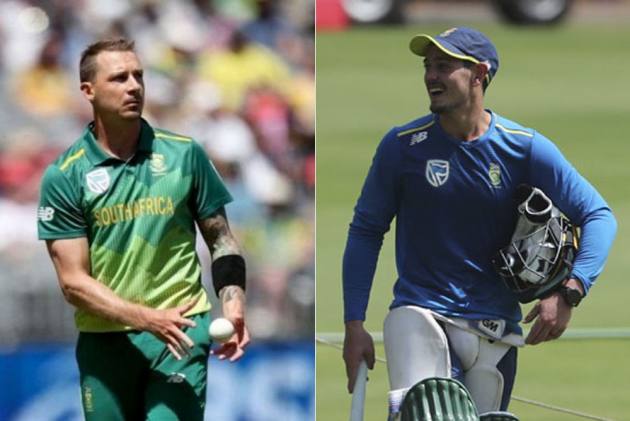 Veteran South Africa pacer Dale Steyn has said that, given an option, he "would love to be in quarantine" with Quinton de Kock. The entire world is currently battling with the coronavirus pandemic, which has so far claimed close to 9,000 lives.

"I would love to be in quarantine with someone like Quinny de Kock," Steyn told ESPNcricinfo.

Explaining his choice, Steyn said de Kock is a 'proper cook' and staying with the current Proteas skipper would allow him to watch all the fishing videos the wicketkeeper-batsman watches.

"I hate cooking, so it would be great if he was because then I could watch all the fishing videos that he's watching, I could help him do all the tying, and he could cook all the food. He's a proper cook," he added.

When asked which matches from the past he would watch while on the isolation period, Steyn said: "I would probably say that they should put every World Cup up until '99 on. So 1992, '96, '99 -- I love those World Cups.

"And even the one in South Africa (2003) because that's when I really started to get into guys like Brett Lee, because I knew the possibility of me playing against them or meeting them was so much closer than what it was in, say, '92, when I first got introduced to the game," he added.

The 36-year-old, who is chilling at home following his return from Pakistan where he was playing in the Pakistan Super League (PSL), said it's a pity that sporting events are being cancelled en masse due to the crisis as "if you take sport away, then I don't know really what we have."

"It is actually such a pity that everything is being blocked off, because in a country like South Africa, where we have all of our problems from the past -- culture, religion, ethnic backgrounds -- the one thing that brings everybody together is sport," said Steyn.

"But now at the moment, you don't have that. In South Africa, we kind of like looking for things that unite people in big, big groups. When you don't have sport, it's like, oh, what do we fall back onto?

"And I think Nelson Mandela was the first person to really say that: sport unites people in a way that nothing else does. And if you take sport away, then I don't know really what we have. We're going to have to work it all out," he added.

Despite the panic all around, the right-arm pacer said he has avoided stockpiling essentials like many others as it's unfair to do so in a crisis.

"It just seems like it is the only topic of conversation. Any WhatsApp groups that I'm part of, it's really tough to escape. Normally if I am on holiday I'll be planning a fishing trip or a surfing trip. At the moment I am just chilling at home," Steyn said.

"We were under that kind of hotel arrest -- advised not to go out and wander the streets, which is totally fine; I don't want to break protocol and (have) something happen and be blamed for cricket never being played in Pakistan again because I did something stupid."