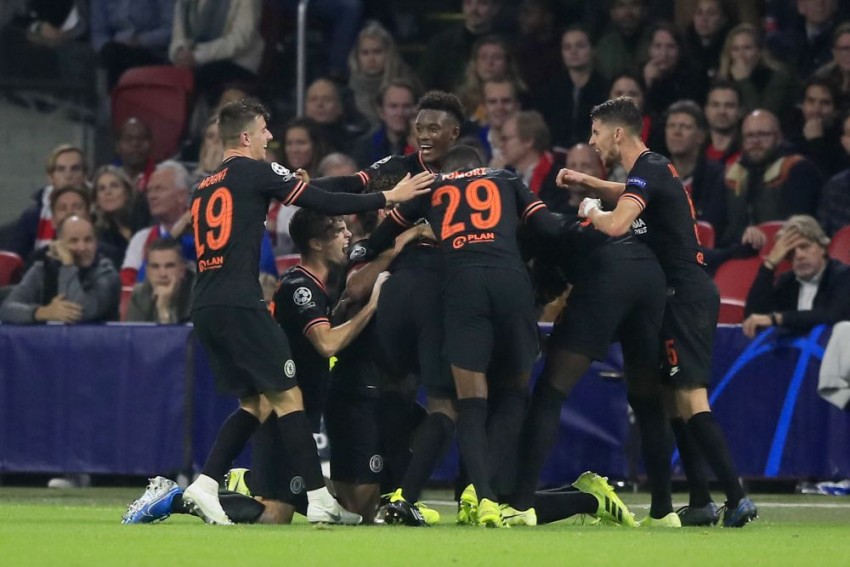 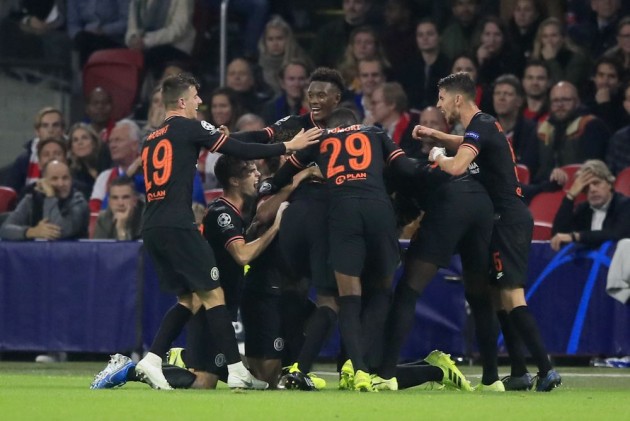 Batshuayi had earlier wasted a gilt-edged chance for Frank Lampard's side in a game that had been struggling to get going.

Ajax will feel aggrieved not to have taken at least a point, though, with Quincy Promes on the wrong end of the narrowest of offside calls and Edson Alvarez hitting the post in the second half.

Chelsea gained a foothold, though, and Mason Mount's low drive was well parried by Andre Onana before Callum Hudson-Odoi flashed an effort wide from the left of the box.

The Blues were spared going behind by the narrowest of margins when VAR ruled Promes was offside by a matter of inches after he turned in Hakim Ziyech's deflected shot.

Ajax delivered another almighty scare on the hour when Alvarez's diving header from Promes' corner cannoned off the right-hand post.

Chelsea really ought to have made Ajax pay when Batshuayi, who had only just replaced Tammy Abraham, blazed over when Mount's shot deflected kindly into his path.

But Batshuayi did not make the same mistake twice.

Pulisic did brilliantly to get to the left byline and, although the cross was behind him, Batshuayi thumped a left-footed strike off the underside of the crossbar to secure three vital away points.

Bangladesh Cricketers Call Off Strike, India Tour To Go Ahead As Planned