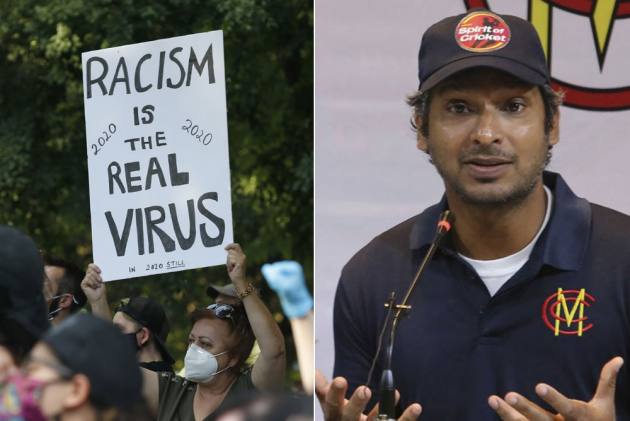 Darren Sammy called on the ICC to speak up or be considered a part of the problem, Kumar Sangakkara saw a powerful lesson for all, while Chris Gayle recalled the abuse he faced as cricketers weighed in on the issue of racism amid protests over African-American George Floyd's death in the USA. (More Cricket News)

Big-hitting West Indian Gayle was among the first to express solidarity with the 'Black Lives Matter' campaign and spoke of the abuse he has faced in an emotionally charged social media post.

"I have travelled the globe and experienced racial remarks towards me because I am black, believe me, the list goes on," he posted on instagram on Monday night.

"Racism is not only in football, it's in cricket too. Even within teams as a black man, I get the end of the stick. Black and powerful. Black and proud," he said.

"Black lives matter just like any other life. Black people matter, p***k all racist people, stop taking black people for fools, even our own black people wise the p***k up and stop bringing down your own!," Gayle wrote.

His T20 World Cup-winning former captain Sammy's views were no less emotional and he urged the cricket fraternity to speak up against racism.

The all-rounder pointed out that racism is not just limited to America and African-Americans all across the world have to deal with the social evil on a daily basis.

"This is not only about America. This happens everyday #BlackLivesMatter now is not the time to be silent. I wanna hear u," Sammy said.

Former Sri Lanka captain Sangakkara called for a better world where ordinary citizens create a culture that has no place for ignorance and prejudice.

"We the people, the ordinary citizen, can together achieve extraordinary change for the better, to set in place a world culture of openness, respect and understanding," he said in a series of tweets.

Sangakkara said political leadership is nothing but a reflection of what a society is and to ensure that better people take that role, the ordinary citizens have to become better versions of themselves.

"Our choices guide the State's attitudes, actions, policy and legislation. In order to establish the best government and the best most equitable governance we need to be better people," he said.

"We stand for diversity, We stand against racism," the message read.