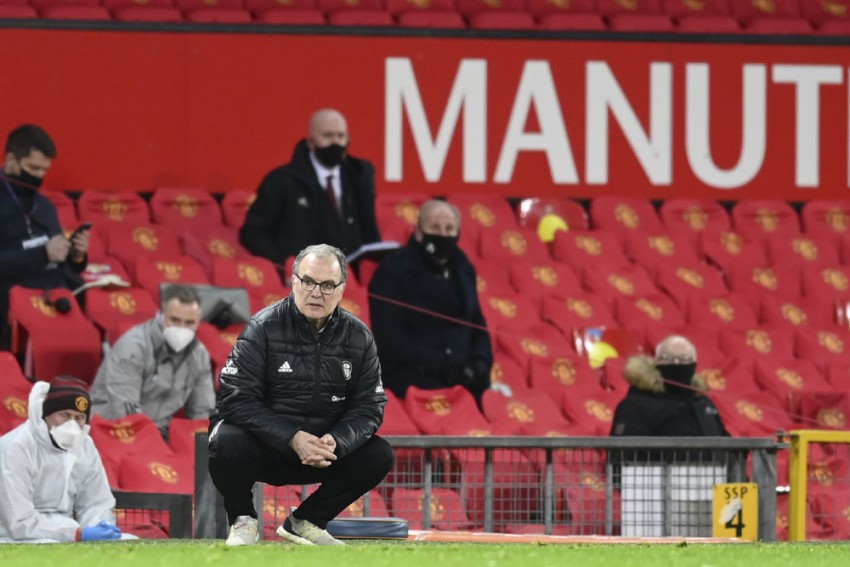 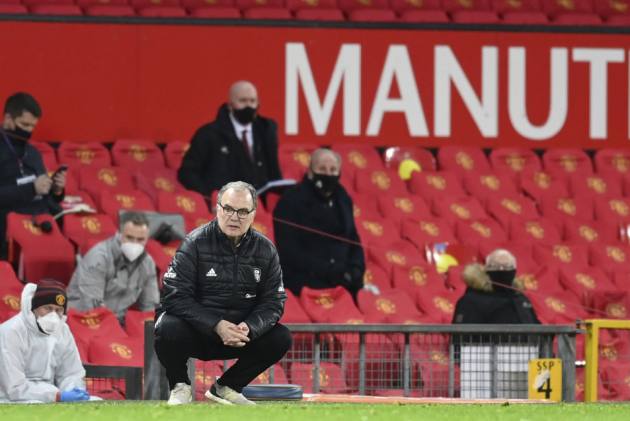 In his two years and one day in charge, Manchester United's manager has made a habit of coaxing out big performances against stronger opposition. It's one common trait his maddeningly inconsistent team has: it's why he has only lost two of six games against Pep Guardiola but lost back-to-back home games to Crystal Palace.

It also explains why Leeds United left Old Trafford on Saturday having lost 6-2 and feeling fortunate it wasn't even worse.

Leeds' last visit to this ground was in the FA Cup nearly 11 years ago, when Jermaine Beckford caused an upset for a team that started the day 42 places behind their fierce rivals in the football pyramid.

This time, the gap before kick-off was six points; few would have considered another Leeds win a shock. Not this Leeds, the Leeds of Marcelo Bielsa, who brought Athletic Bilbao to this ground eight years ago and gave their opponents a hiding Alex Ferguson never forgot.

But amid all the praise flung at Bielsa, considered by FIFA to be one of the best three coaches in men's football in 2020, he and his players were outclassed by their old enemy. This was a day to celebrate for Solskjaer, and a day to celebrate Solskjaer's methods.

6 - This is the first time a club team managed by Marcelo Bielsa has conceded six goals in any competitive match since his Newell's Old Boys side lost 0-6 to San Lorenzo in the Copa Libertadores in February 1992. Punishing. pic.twitter.com/UxTSjV4dXq

There have been critics, most recently Louis van Gaal, of his propensity to change tactics too often. And there were five alterations from their 3-2 win at Sheffield United, including starts for Scott McTominay and Dan James, who had played just three times in the league this season.

Solskjaer, barely containing a raised eyebrow and a maniacal grin, insisted to MUTV he had a cunning plan. That became clear inside 170 seconds. McTominay, nominally deployed to disrupt Leeds attacks, twice broke midfield lines to score sumptuous goals. James raced up and down the right to stop Ezgjan Alioski's overlap and pin him back where possible, and it was the Wales winger's interception that soon led to Bruno Fernandes smashing in a third from the left side of the Leeds box.

Solskjaer spoke pre-game about Leeds' man-marking set-up and he clearly fancied he could exploit it. Marcus Rashford dropped deep, dragged defenders away and then sprinted for gaps. Harry Maguire and Victor Lindelof - who produced a poacher's finish from a corner - strode through the four-man Leeds attacking midfield at will, the men in white staring nonplussed at these lumbering lung-bursts, apparently clueless as to who should be stopping them. McTominay finished the half with nine sprints, fewer only than left-back Luke Shaw. Man United finished with four goals, more than they had managed in six previous home league games this season.

3 - Scott McTominay is the first player in Premier League history to score twice in the first three minutes of a match. Madness. pic.twitter.com/QtFGGS1JXa

Most had anticipated a lightning start from Leeds, a frenetic spell of pressing and 'verticality' in their biggest league match for 14 years, but the men in red were the ones swarming around the pitch. Bielsa changed at the break, hauling off the overrun Kalvin Phillips, who, when predicting a memorable game for his family, presumably wasn't factoring in Leeds conceding four first-half goals for the first time in 482 Premier League matches.

Liam Cooper's strong header had given Leeds a foothold and there was a customary unease to the home side's defence, David de Gea producing a stunning reaction stop to deny Raphinha, but the visitors were astonishingly exposed every time they lost the ball, which they did 151 times. With another simple forward run, McTominay plundered the space, his pass controlled and finished expertly by James, the young man who came so close to joining Leeds in 2019.

A Fernandes penalty made it 6-1 with 20 minutes left, marking the first time Man United had scored six in a league game since battering Arsenal 8-2 in 2011. Had they been allowed in, fans may well have expected a repeat of that scoreline, given Anthony Martial, McTominay, Maguire and Edinson Cavani could all have easily scored another even after Stuart Dallas' consolation strike.

Bielsa would have been rightly heralded as a magician had he masterminded such a result, whereas Solskjaer is never likely to receive the same praise. That's partly his own fault, given Man United were on a run of one win in eight home league games before this one.

But after two mixed years, this was one heck of a ride with Ole at the wheel.