Check match and telecast details of Barcelona vs Granada, La Liga football match - all the kick-off times and broadcasters 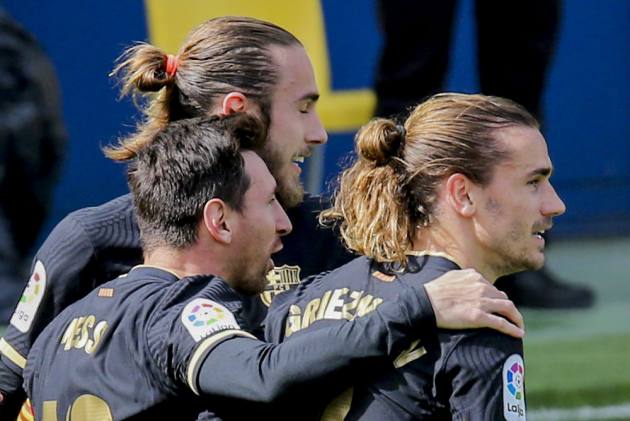 Barcelona can take over La Liga lead with a win against Granada at the Camp Nou Stadium. A home victory would lift the Catalan club a point above Atletico Madrid, which had led the Spanish league for most of the season but struggled recently. (More Football News)

Diego Simeone's team is coming off a 2-1 loss at Athletic Bilbao. Thursday's match was postponed earlier because of Barcelona's participation in the Copa del Rey Final a few weeks ago.

Barcelona and Granada have met twice this season, with Ronald Koeman's side winning 4-0 in La Liga first-leg and 5-3 in Copa del Rey clash. The Catalans are also looking for their 18th win in 20 La Liga meeting against Granada. Barcelona have a 100% win record in this fixture at home, 24 wins.

And again, Barcelona will start as the overwhelming favourites with Lionel Messi and Antoine Griezmann in some form.

Granada coach Diego Martinez, on the other hand, have injury issues with as many as six automatic starters on the sidelines. Rui Silva, Jesus Vallejo, Carlos Neva, Domingos Duarte, Neyder Lozano and Luis Milla are reportedly unavailable.

All the kick-off times and broadcasters for the Liga clash at Camp Nou that could send the Catalans back to the top of the Liga table. CHECK HERE.