A humiliating 8-2 loss to Bayern Munich in the Champions League proved the end of the road for Quique Setien at Barcelona. 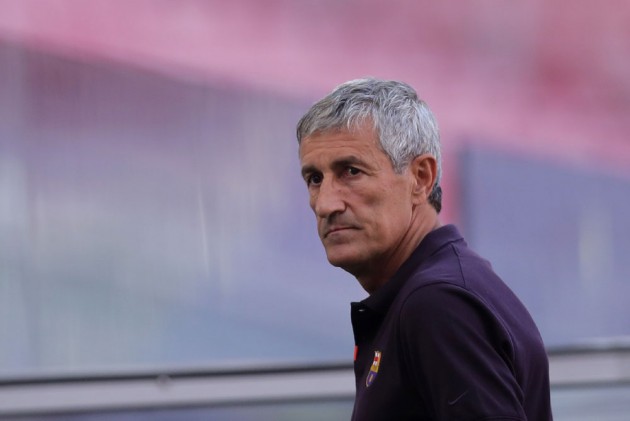 Quique Setien has been sacked as head coach of Barcelona after their astonishing Champions League thrashing by Bayern Munich. (More Football News)

Friday's 8-2 quarter-final defeat in Lisbon made Setien's position untenable in the eyes of the Barca board.

It brought an end the 61-year-old's seven-month reign, with club legend and Netherlands coach Ronald Koeman expected to be his replacement.

"The board of directors has agreed that Quique Setien ceases to be the coach of the first team," a statement from the club read.

"This is the first decision within the framework of a broad restructuring of the first team, which will be made from the consensus between the current technical secretariat and the new coach, which will be announced in the next few days."

Quique Setién no longer first team coach.
The new coach will be announced in the coming days as part of a wide ranging restructuring of the first team.

Barca were crushed by Bayern and the club's high standards do not allow for such results to pass without repercussions; it was also announced presidential elections will take place the first matchday after March 15, a move to show the board of directors are taking full responsibility for the current situation.

Setien was already walking a fine line after his side let their narrow lead in LaLiga slip away after the coronavirus-enforced stoppage, with Real Madrid crowned champions.

The former Real Betis boss held talks with star man Lionel Messi before the final domestic match of the season, and that appeared to ease tensions.

Victory over Napoli followed at the Champions League last-16 stage, but Bayern always looked sure to pose stiff opposition and were merciless in exposing Barca's frailties.

Koeman scored the winning goal in Barca's maiden European Cup triumph in 1992, his free-kick securing victory over Sampdoria in the final.

He served as an assistant at Camp Nou between 1998 and 2000 and is reportedly poised to step down from his role as Netherlands boss, which has held since 2018, to return to the club.