Barcelona were humiliated by Bayern Munich as Hansi Flick's side ran riot at Estadio da Luz to reach the Champions League semi-finals. 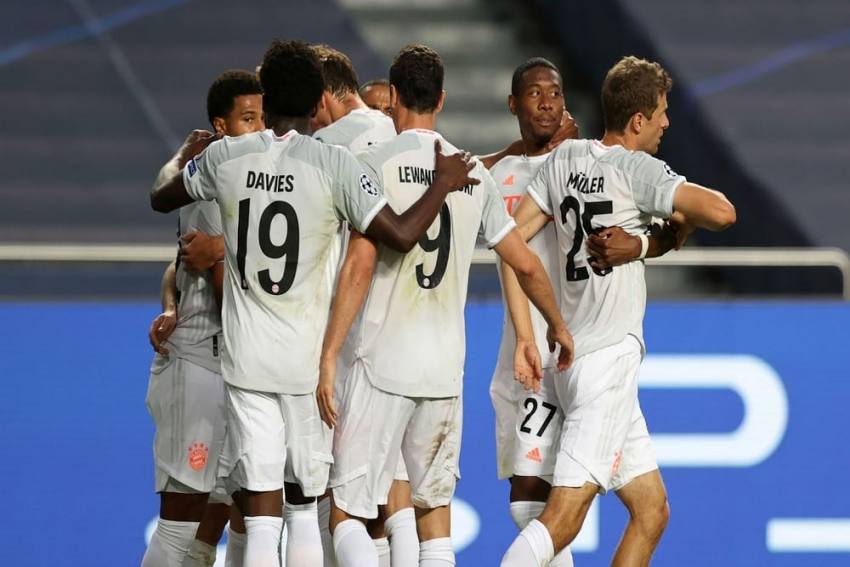 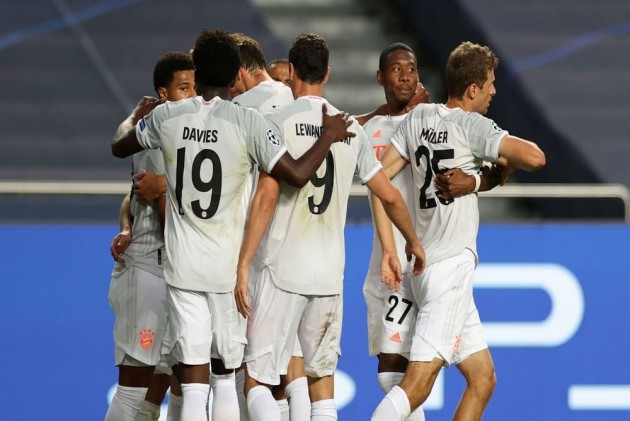 Bayern Munich made a grand statement in the Champions League as they hammered Barcelona 8-2 to book their semi-final place in remarkable fashion.

Lionel Messi and his team-mates were swept aside by the dominant Bundesliga champions in a chaotic first half, with Philippe Coutinho then coming on to deal further blows to his parent club in the closing stages.

Thomas Muller's sublime strike got things started and, although David Alaba's own goal drew Barca level, Ivan Perisic and Serge Gnabry had Bayern 3-1 up by the 27th minute.

Muller's second piled further misery on Barca – who conceded four goals in the first half of a Champions League match for the first time – and while Luis Suarez responded after the break, Bayern had more to give.

Joshua Kimmich restored a three-goal cushion with a goal created by the brilliance of Alphonso Davies, before Coutinho set up Robert Lewandowski and helped himself to a double within the space of seven minutes to compound the misery of the club that owns him.

8 - Barcelona conceded eight goals in a game for the first time since losing 8-0 to Sevilla in the Copa del Rey Last 16 in 1946. Curtains. #UCL pic.twitter.com/Yr56weOOUj

It took Bayern four minutes to hit the front as Lewandowski teed up Muller, whose side-footed volley found the bottom-left corner.

The chaos continued as a Messi cross hit the post, but Bayern restored their lead in the 21st minute as Perisic thumped home from an acute angle – Gnabry then drilling in a third.

Muller swiftly gave Bayern their fourth, tucking in from Kimmich's cross, while Lewandowski had a goal disallowed after the restart.

Suarez pulled one back for Barca before the hour, but any comeback hopes were soon extinguished as Davies raced beyond the hapless Nelson Semedo to tee up Kimmich.

Substitute Coutinho then stole the show with a brilliant cameo, first crossing for Lewandowski to head home, with the goal standing despite a strong hint of offside.

Coutinho made it 7-2 with a crisp low finish three minutes later, and the Barca loanee had the final say with a close-range effort on the turn to cap an incredible match and one of the darkest days in the Blaugrana's history.

-6 - Barcelona lost a match by six goals for the first time since April 1951, when they were beaten 6-0 by Espanyol in a league match. Wipeout. #UCLpic.twitter.com/8mZ8tFy3X2

What does it mean? Bayern's treble hopes firmly on but Barca a team without identity

Hansi Flick has inspired Bayern since taking over from Niko Kovac, and with an eighth straight Bundesliga title and a 20th DFB-Pokal triumph sewn up, it would seem the sensible money would be on the Bavarian giants to go on and replicate their treble success from 2013. Pep Guardiola's Manchester City or Lyon stand between Bayern and the final.

Things could not be more different for Quique Setien's side, who are well below the levels required to be able to compete on the biggest stage. After capitulations against Roma and Liverpool in previous seasons, a defeat such as this seems to have been coming for a while, and it could be time for wholesale changes at Camp Nou.

Muller has enjoyed a marvellous resurgence under Flick, and while his first goal was a thing of beauty, following a wonderfully worked move with Lewandowski, his second was a typically clinical finish, and took him onto 23 goals in the Champions League knockout stages – he is now behind only Messi (47) and Cristiano Ronaldo (67) in that regard.

Setien on the brink?

Setien's appointment at Barca raised some eyebrows, and it does not seem as though the former Real Betis and Las Palmas coach has been able to stamp his style at Camp Nou since replacing Ernesto Valverde.

He may well live to fight another day, but given the humiliating nature of Barca's exit – combined with LaLiga failure and a huge reliance on moments of magic from Messi – it would be no surprise to see Setien's stint cut short after just seven months.

- Bayern became the first team in Champions League history to score eight goals in a knockout match, and the first since Real Madrid in the 1990-91 European Cup last 16 against Wacker Innsbruck (9-1 win).
- Barcelona lost a match by six goals for the first time since April 1951, when they were beaten 6-0 by Espanyol in a LaLiga match.
- Bayern star Lewandowski became the first player to score in eight or more consecutive Champions League matches since Ronaldo in April 2018 (11 games).
- Die Roten have won their past 19 matches in all competitions, a record run in German top-flight football across all fronts.
- Flick became only the third manager in Champions League history to win his first six matches in charge, after Fabio Capello in 1992-93 and Luis Fernandez in 1994-95.

Bayern will find out their semi-final opponents on Saturday, when City take on Lyon. Meanwhile Barca, who conceded eight goals in a match for the first time since 1946, could well be facing a huge rebuild if they are to be a real force again next season.