Barcelona Live Streaming: Barca Face Girona Test - When And Where To Watch

Barcelona will take on Girona in their second pre-season match with the focus firmly on new arrival Miralem Pjanic. Here's how you can watch the match live 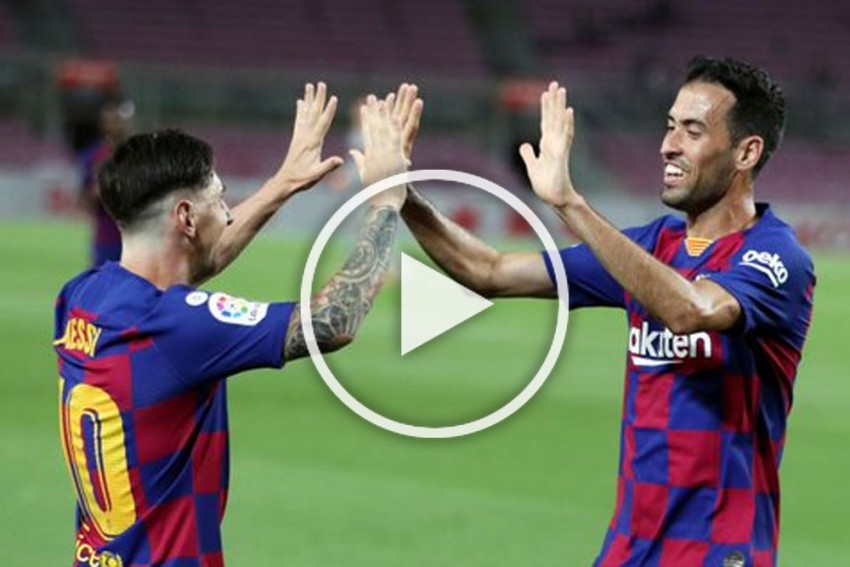 Amid the uncertainty surrounding Luis Suarez's future, Barcelona confirmed a bigger role for the new recruit Miralem Pjanic by giving the new arrival the number 8 jersey. And the Bosnian midfielder is all set to make club debut when Ronald Koeman's side welcome Girona at Johan Cruyff Stadium. (More Football News)

The €60million signing from Juventus was belatedly presented as a Barca player on Tuesday, having tested positive for COVID-19 in August.  So, the focus is on former Juventus player Pjanic.

Meanwhile, Suarez, who was left out of the team which met Gimnastic, is heavily linked with a move to Juventus. The former Liverpool player was reportedly informed over the phone by Koeman that he will not be in his first-team plans this season.

Watch Barcelona training ahead of the match:

And Suarez is likely to miss the match against Girona too. Arturo Vidal, another out of favour star at Camp Nuo, is also unlikely to feature in the match-day team sheet. Goalkeeper Marc-Andre ter Stegen is still recuperating. Defender Samuel Umtiti is also injured.

But Messi should start.

Barca squad update: Neither Luis Suarez nor Arturo Vidal were included in the Barcelona squad as the pair remain the subject of transfer speculation.
Suarez appeared set for a move to Juventus, joining Messi's great rival Cristiano Ronaldo, although reports have since suggested that deal has run into problems due to the length of time required to obtain an Italian passport.

Vidal, on the other hand, is said to be closing on his own Serie A move, linking up with Antonio Conte – his former Juve coach – at Inter.

Against Nastic, Koeman named a jumbo 23-man team, and the Dutch coach used the bench with full liberty. They won the match 3-1. Expect another easy outing for the hosts.

Next, they meet Elche in the Joan Gamper Trophy, Barca's traditional season opener, on September 19. Then season proper begins for the Catalan giants.

Here's how you can watch the match:

No TV telecast in India, but those who have a BarcaTV+ subscription, can stream the match live. Or, fans can follow the match live by going to the match center or Barca's official social networks.