Naomi Osaka and Ash Barty will capture much of the focus at the Australian Open, where Serena Williams continues her pursuit of a 24th grand slam title. 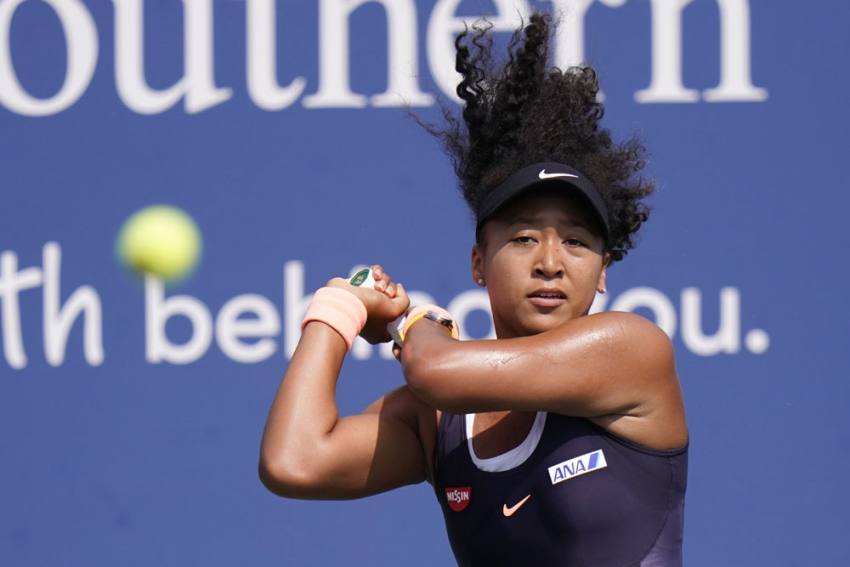 One in eight women in the Australian Open draw have already won a grand slam title. (More Sports News)

One in eight. It is staggering that of the 128 players who set out in the hope of singles glory at Melbourne Park, there are 16 major champions among them, and perhaps never has it been so difficult to predict who will carry off the title.

Compare it to the men's draw, where there are just five grand slam singles winners, and where you would struggle to make a compelling case for any more than three of those this year, with apologies to Stan Wawrinka and Marin Cilic.

As long-running dynasties near their end on the men's and women's tours, the WTA is a lengthy step ahead of the ATP with a cast of appealing characters already assuming leading roles.

The first pic The most recent pic pic.twitter.com/3jYv9yxxju

The leader of the pack

Three-time grand slam champion Naomi Osaka is at the forefront of a school of rising stars, but she has impressive rivals for company.

The last four years have seen the 15 women's majors won by 12 different players, whereas in the men's game, Rafael Nadal (6), Novak Djokovic (5), Roger Federer (3) and Dominic Thiem (1) have creamed off all the top prizes in the same period.

Often criticised in the past for a perceived lack of depth, in the years when Serena Williams won seemingly at will, the women's tour has exploded with a rush of bright and young talent.

Osaka is a revelation and a leader, on and off the court. Twice a US Open champion now, and a winner in Australia two years ago, the 23-year-old Japanese star took a powerful stance for racial equality at Flushing Meadows back in September, at the height of Black Lives Matter protests. She wants to achieve even more off the court than on it, where she looks assured of one day leaving an impressive legacy.

If there is any area where Osaka's game falls down it is consistency. She has surprisingly not passed the fourth round in 14 of her 17 grand slam appearances, but on every occasion she has gone beyond that stage it has been en route to lifting a trophy.

The women's game has not seen anything comparable in terms of youthful winners of its blue riband tournaments since 2004, when the 21-year-old Justine Henin won in Australia, Anastasia Myskina landed the Roland Garros title at 22, Maria Sharapova was a 17-year-old bolter to Wimbledon glory and 19-year-old Svetlana Kuznetsova scored a stunning Flushing Meadows victory.

Last year does not touch the 1997 season, when a 16-year-old Martina Hingis won the Australian Open, Wimbledon and US Open, denied a grand slam clean sweep by 19-year-old Iva Majoli's shock French Open final win over the Swiss.

But women's tennis is still seeing a remarkable shift to relative youth.

The 2019 season saw a then 19-year-old Bianca Andreescu scoop a stunning US Open win, while Ash Barty took the French Open.

Andreescu has been sidelined with a knee injury since the 2019 WTA Finals, but she is back for Australia, where Queenslander Barty, now 24, is the home hero.

Brace for the prospect of Andreescu and Barty joining Kenin, Swiatek and Osaka in a group of five who can take the women's game boldly into the post-Williams era.

But the Williams era isn't over

This is true, and again Serena will make another attempt to land that elusive 24th grand slam, the one that would move her level with Margaret Court on the all-time list.

She remains, at the age of 39, a magnificent competitor and a beguiling player, as does sister Venus, who turns 41 in June.

Serena has lost her last four grand slam finals, however, and the most recent run to a title match came almost 18 months ago in New York, where Andreescu had her number.

As the new gang of five threaten to pull away from the old establishment, perhaps Williams is now in the next group, along with the likes of Simona Halep, Victoria Azarenka and Petra Kvitova: still perfectly capable of winning another slam or even multiple slams, but it feels important to strike now.

Serena has not won any of her last 10 slams, making it the longest span in her professional career without winning a major.

Barty party, or Sofia the second?

Osaka begins the Australian Open as favourite with bookmakers, but world number one Barty will have home support and could make that count. How she performs will be keenly watched, given she chose not to travel once the COVID-19 pandemic hit last year, sitting out 11 months.

Should Barty get on a roll, hopes will be high she can become the first Australian woman to take the title since Chris O'Neil in 1978. Last year, Barty fell in the semi-finals to Kenin, and she will be eager to land a second slam title.

Kenin, whose intense concentration and steely resolve helped her pull off last year's shock Melbourne win, and follow up with a run to the French Open final, can be a match for anyone. She will be aiming to become the first woman to win back-to-back Australian Open titles since Azarenka in 2012 and 2013.

Success on this level has come perhaps ahead of schedule for the American, and the same can be said for Swiatek, whose demolition of the field at Roland Garros in October made a mockery of her being ranked number 53 in the world.

The teenage Polish player became her country's first grand slam singles champion, and with that status comes the expectation she will follow it up. How that turns out for her will be one of the most intriguing of sub-plots in the new season.

An afternoon practice session for @iga_swiatek.

Thumbs up if you're happy the tennis is back!  pic.twitter.com/JcdHFVUjiq

Halep said in a recent WTA interview that winning an Olympic medal was her "main goal" for 2021, although Osaka will also have the Tokyo Games firmly circled in her diary.

For the likes of those other players among the 16 slam winners in the Melbourne draw, there will be differing targets this year, too.

Angelique Kerber, Sloane Stephens, Jelena Ostapenko and particularly Garbine Muguruza may yet come good again on the big stage at some point this season.

For Venus Williams, Kuznetsova and Samantha Stosur, it may be a case of one final hurrah.

As the likes of Coco Gauff emerge as potential future big-stage winners, and fledgling ambassadors, the women's game looks in safe hands.