Chasing 407, India were 98/2 at stumps on day four, having lost Shubman Gill and Rohit Sharma after they shared 71 runs for the opening wicket 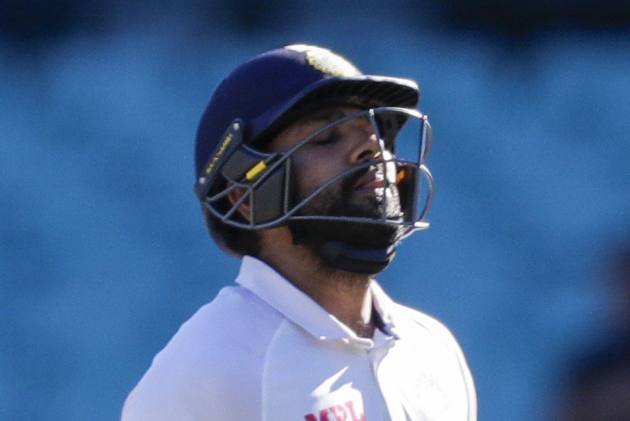 Australian head coach Justin Langer on Sunday said the dismissal of India opener Rohit Sharma late on day four was a huge wicket for the hosts and hoped that off-spinner Nathon Lyon will help them take a 2-1 series lead on day five of the third Test in Sydney.

"It was a bit of a relief for us to see Rohit Sharma out there in the end, that’s a huge wicket for us because we know he’s a world class player. We know he’s one of the all-time great one-day players so if he was out there, he’s going to keep scoring quickly,” Langer said at the virtual post-day press conference.

The former Australia opener hoped that the surface would start spinning more on day five to make their task easier.

"There’s very little in this wicket, we’ve seen that throughout the whole Test match. Great credit to the bowlers but we’re going to have to squeeze really hard, keep the pressure on and hopefully the ball will start spinning a bit more again tomorrow for Nathan Lyon.

"And we’ll just keep doing what we’re doing. There’s a little bit of variable bounce, hopefully that plays a part for us tomorrow as well," said Langer.

According to the head coach, Lyon’s role will be crucial on the final day.

"It’s spinning a little bit. It’s been quite slow, too. I mentioned to all the players this morning but particularly made the point to Nathan in front of all the players...

"...I thought he bowled particularly well in the first innings without luck, he might get a little bit more luck in the second dig. He’ll play a big part,” he said.

Langer was also all praise for his bowling unit.

"When you’ve got a bowling attack like we’ve got at the moment, I’m actually in awe of it. To see the way our fast bowlers are going about their business and to have Nathan Lyon (and) have a young kid called Cameron Green who can play a real role for us now and into the future.

"I’m in awe of our attack. Let’s hope they get the job done tomorrow,” he added.

"I also find it unbelievable the athleticism of those guys. The way they field, that catch Mitch Starc took tonight, the runout of Josh Hazlewood yesterday, the runout by Patty Cummins yesterday…

"...they’re not just great bowlers, they’re great athletes and great fielders. So they’re all playing their role and I’d be surprised if Nathan doesn’t play a big part tomorrow."

Green made a significant 81 and the coach said the 21-year-old fits in the team well.

"A lot of people have talked about those sixes he (Green) hit but I just thought his whole innings, the way he was driving the ball down the ground, was looking to push and hit ones, he looks like a really class act.