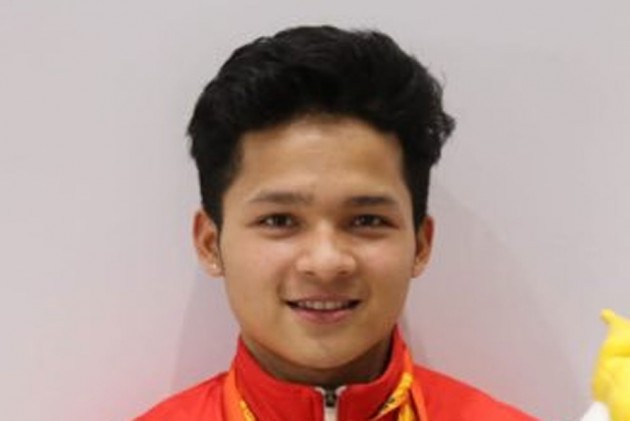 Youth Olympics gold medallist Jeremy Lalrinnunga went on a record-smashing spree in a power-packed performance to secure second place in his group at the Asian Weightlifting Championships at Ningbo, China on Sunday.

In a remarkable performance, Jeremy, who is competing in group B of the 67Kg men's event, smashed the Youth World and Asian records in snatch, pulling off clean lifts in two of his three attempts (130kg, 134kg).

The earlier record was also in Jeremy's name when he had lifted 131kg earlier this year.

This is the 16-year-old's personal best and 9kgs more than his 288kg youth world record effort in the EGAT cup, where he won the silver medal in February

The final standings for the men's 67kg will be announced after group A completes its event.

This tournament is a gold level Olympic qualifying event, the points from which will be counted when the final rankings for Tokyo 2020 cut are done.