Ashes 2019: A Look At Steve Smith's Best Centuries For Australia Against England

Lets take a look at Steve Smith's best Ashes centuries after the Australia star tormented England once again with a brilliant ton at Edgbaston. 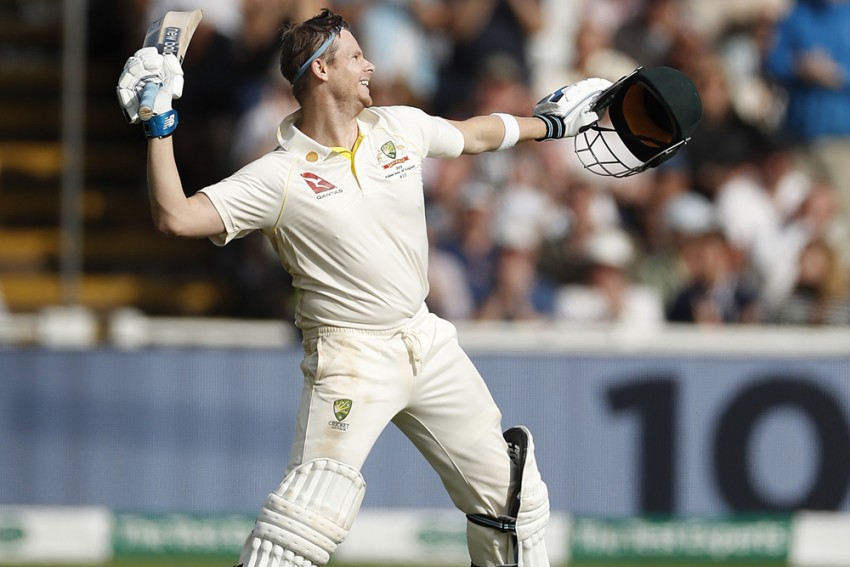 Smith produced his 24th Test ton at the perfect time, rescuing the tourists from a poor position on the opening day at Edgbaston on Thursday.
Getty Images
Omnisport August 02, 2019 00:00 IST Ashes 2019: A Look At Steve Smith's Best Centuries For Australia Against England 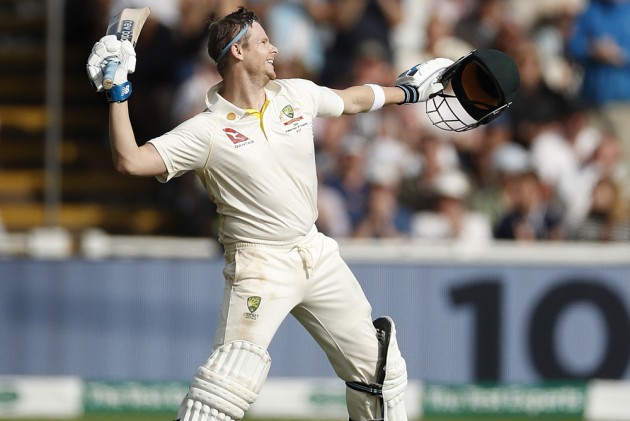 Steve Smith has continually tormented England and the Australia star added to the list with one of his best centuries in the first Ashes Test.

Smith produced his 24th Test ton at the perfect time, rescuing the tourists from a poor position on the opening day at Edgbaston on Thursday.

This surely ranked as one of Smith's finest knocks and marked his ninth century in Ashes Tests, a tally bettered only by Don Bradman (19), Jack Hobbs (12) and Steve Waugh (10).

We take a look at Smith's five best Ashes centuries.

This will rank as one of Smith's finest in his career, not just against England. Playing his first Test since a ball-tampering ban, Smith was booed by the locals and quickly found the team he used to captain floundering. He arrived at the crease at 17-2 and was running out of partners as Australia were reduced to 122-8, their chances of starting the series with a win deteriorating. Smith was only on 42 when Pat Cummins fell, but he managed to put on an 88-run stand with Peter Siddle (44) and 74-run partnership with Nathan Lyon (12), making a 144 featuring 16 fours and two sixes to get the tourists to 284.

What a moment #Ashes pic.twitter.com/bTXyEfoQzn

Ashes openers just happen to be Smith's thing. The right-hander also set the tone for the 2017-18 series at home, comfortably scoring the most runs as Australia claimed a 4-0 success. With England bowled out for 302, Smith arrived at the Gabba crease with his team 30-2 in response. As he so often has, he carried his nation with a superb unbeaten 141 – none of his team-mates made more than 51 – to help Australia to an unlikely first-innings lead and later, a 10-wicket victory.

An #Ashes ton that will go down as one of Steve Smith's finest!

You can't stop him, you can only hope to contain him! #MagellanMilestones pic.twitter.com/66WldhvWFU

Smith made 687 runs during this series and Shaun Marsh was the second highest scorer … with 445. As England marvelled at centuries from Dawid Malan and Jonny Bairstow after batting first in Perth, Smith – in at a slightly better but still not great position at 55-2 – delivered a career-best 239 in a series-clinching win. He put on a 301-run partnership with Mitchell Marsh (181) as Australia took a 3-0 series lead.

Already trailing 1-0 in the series, Australia needed a response at Lord's and they got one on the opening day thanks to Smith and Chris Rogers. Smith would go on to post 215 and the opener made 173 as Australia reached 566-8 before declaring but having taken complete control of the Test. There was no way back for England and Smith also belted a 48-ball 58 in the second innings to level a series the hosts would go on to win.

England in Perth has been to Smith's liking and his century helped Australia wrap up a series win in 2013-14. At 106-3, the hosts were in a solid position but needed their middle-order to stand up and Smith, as usual, did just that. His 111 was the only century by any batsman in the first innings and, during what was an otherwise quiet series by his standards, Smith managed to deliver again as Australia romped to a 5-0 win.

Just waking up, Australia? Friday evening wasn't a dream. @stevesmith49 with a magical Test ton. How far can he go? pic.twitter.com/NHNOG8hCR1