One of the involved players in the 2018 ball-tampering scandal in South Africa, Australia opener had to walk off the field early after being dismissed by England's Stuart Broad. The opener faced an uncomfortable moment, as the English crowd waved sandpapers at him, while he walked off. 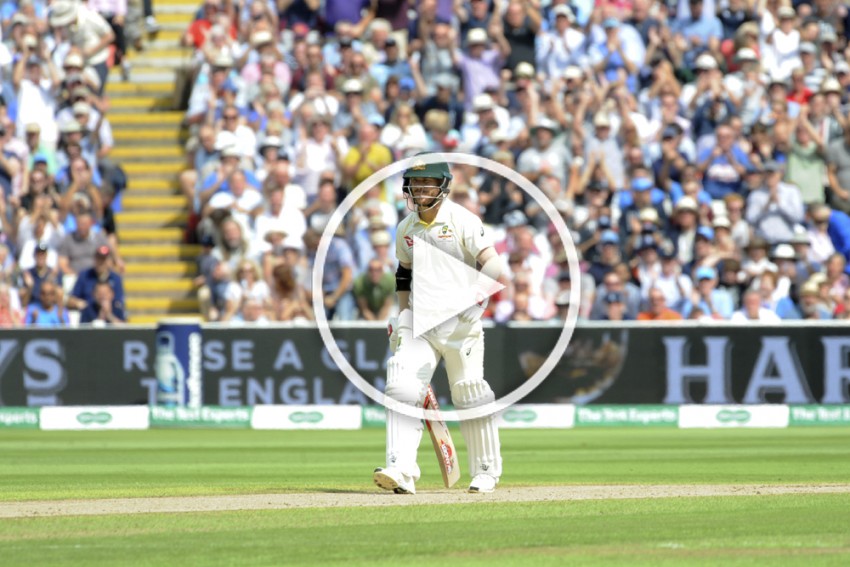 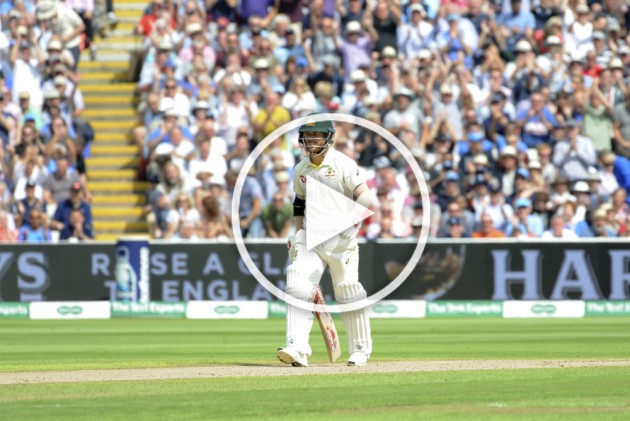 David Warner just couldn't find his footing as Stuart Broad dismissed him after the opener could only notch two runs. Complete dismay for Australia and good news for England, as The Ashes got underway at Edgbaston, on August 1. Having faced 14 deliveries in total, the batsman began to walk off the field,  the English crowd gave him a sandpaper send-off.

Lashing out at him for his role in the famous ball-tampering scandal in South Africa in 2018, the English crowds haven't held themselves back from mocking him, as it was shown in the 2019 Cricket World Cup.

It’s a sandpaper send off from the Hollies.

The Aussies have fielded all three cricketers (Steve Smith, Warner, Cameron Bancroft)  in the scandal after they faced lengthy bans.

During the third Test match Vs South Africa in March 2018 at Cape Town, Bancroft was caught by television cameras trying to rough up the ball with sandpaper to make it swing in flight. Later it was revealed that former skipper Smith and his deputy Warner were involved in it. So the three players received lengthy sanctions, with head coach Darren Lehmann stepping down although he wasn't directly involved.

In Day 1, the visitors' top order completely collapsed to pressure from the Engish bowlers, especially Broad, who dismissed openers Warner and Bancroft with relative ease. Only a Steve Smith ton rescued Australia, as he guided them to 284 in their first innings. Broad eventually got Smith out, finishing off at five wickets off 86 runs and 22.4 overs.

England continued for two overs without loss before the close, reaching stumps on 10-0.

Ashes 209, ENG vs AUS: Can Virat Kohli Be The Steve Smith Of India When It Matters The Most, Ask Fans