Lionel Scaloni is not happy with the decision to move the Copa America from Argentina to Brazil. 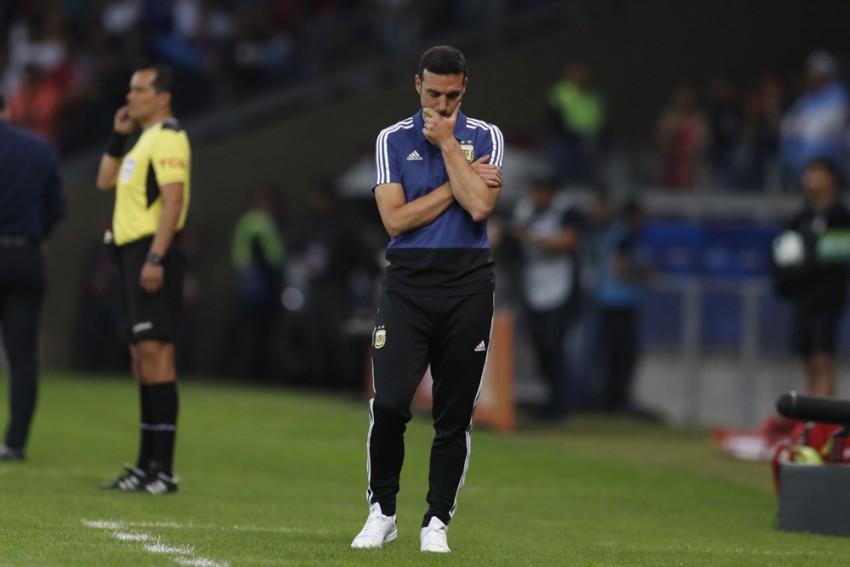 This year's Copa America – postponed from 2020 because of the COVID-19 pandemic – had been due to be shared between Colombia and Argentina, though both countries were removed as co-hosts following respective political and coronavirus issues.

CONMEBOL confirmed the 2021 tournament will go ahead as planned, with Brazil taking over hosting duties in pursuit of back-to-back titles, despite being one of the country's worst hit by the COVID-19 health crisis.

As Argentina prepare to open the showpiece event in the scheduled curtain-raiser against Chile on June 13, Scaloni questioned the governing body's decision to strip Argentina of hosting rights.

"Some time ago people had been talking about the problems we have as a country to host the Copa America and the effort that the Government and the AFA were making to try to play it in Argentina," Scaloni told reporters ahead of Thursday's World Cup qualifier against Chile.

"Colombia had already gone down and in the end it was decided that it should not be done here for a health issue, but now it turns out that we will have to travel to Brazil and with that everything is said.

"Surely Brazil is the same or worse than us and from that place it was a difficult decision to assimilate, but this does not mean that we will have to go play and try to do our best.

"There are still many unknowns, accommodation, where we will train, our perspective changed a lot because before we were going to be on our camp, with all precautions, and now we are faced with this situation that is still alarming and worrying because it is not the ideal place."

Scaloni – who announced his starting XI for the qualifier against Chile, which is headlined by superstar captain Lionel Messi, Lautaro Martinez and Angel Di Maria – added: "The issue of the virus and the pandemic is not something new, we are already immersed in this and it really is very difficult to carry it forward with training and day to day, but all the national teams are in the same conditions.

"You have to live with this in the most responsible way. It has never happened that two qualifying games are played and then the Copa America, before we had preparation games, but now it is all atypical and we have to face it in the best way and in due time."