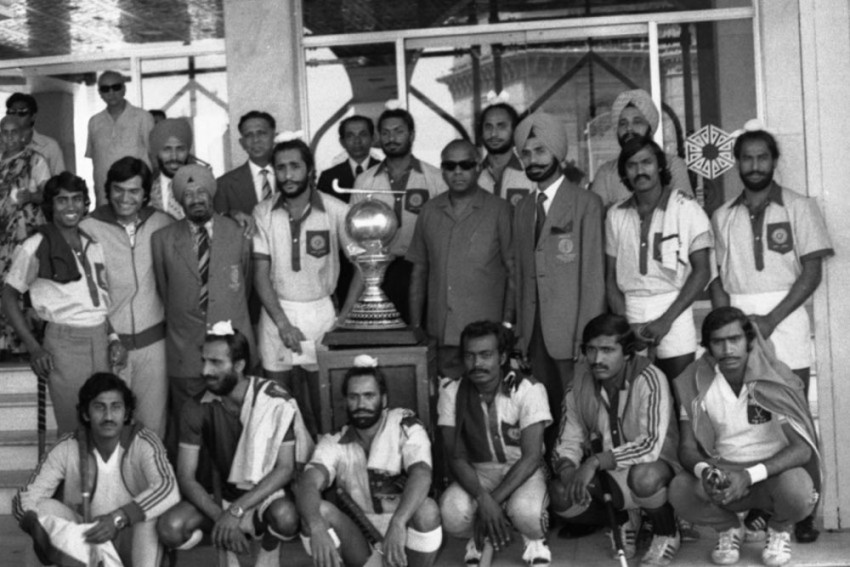 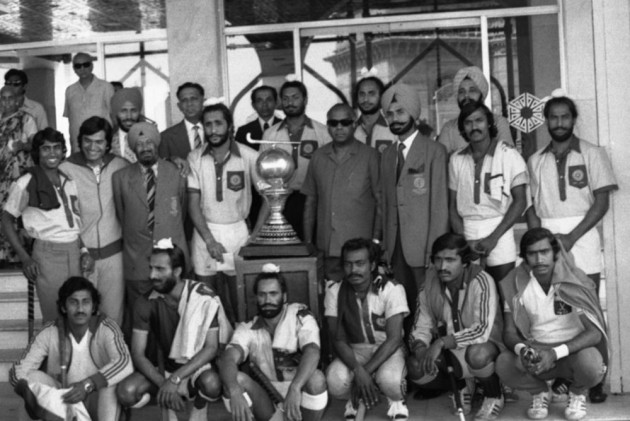 More than four decades ago, the Indian hockey team had lifted its only World Cup crown on this day, a glorious chapter which was written after suffering the ignominy of a heart-breaking loss two years ago in 1973. (More Hockey News)

After enduring a topsy-turvy tournament, the Ajit Pal Singh led Indian team had scripted history, notching up a thrilling 2-1 win over arch-rivals Pakistan on the night of March 15 at the Merdeka Football Stadium in Kuala Lumpur.

MUST READ: Everyone Gives A Miss To 44th Anniversary Of India's Historic 1975 World Cup Hockey Triumph

The golden voice of the legendary Hindi commentator Jasdev Singh, describing the final winning moments of that iconic final, still reverberates in the hearts and minds of millions of Indians.

Ashok Kumar and Aslam Sher Khan, the stars of the semifinal and final, remembered those moments on the 45th anniversary of that historic win.

"We were very close of winning the trophy in 1973 but lost to the hosts despite leading by two goals at one time. I missed a goal in extra time and we missed penalty stroke in sudden death. It was heartbreaking for us. So we did not want to leave any stones unturned in 1975," said Ashok Kumar, son of legendary Dhyan Chand, who scored the winning goal against Pakistan in the final.

"We had a practice camp in Chandigarh prior to the tournament. Huge crowd used to gather to watch us. Giani Zail Singh was the chief minister then and he along with sports minister Umrao Singh visited us twice a week. Our morale was high and we were determined to win."

India was trailing against hosts Malaysia in the semi-final when team manager Balbir Singh Sr pushed Aslam into the battlefield, the move earning rich dividends as he scored the equalizer in a crucial situation to take the match into extra time.

"I can never forget that goal in my life. We had left Chandigarh with only one goal: to win the World Cup. Every member of the team had the same goal and we wanted to win it for our country," recalls Aslam.

"We were riding high on confidence after semifinal win. Pakistan was former champion and a very strong team but they could not match our confidence in the final," he added.

For Ashok Kumar, there was added pressure as he was the son of Hockey wizard Major Dhyanchand.

"Definitely pressure was there. More because of my family background. When we reached Malaysia and I saw the World Cup trophy for the first time in hotel lobby, I made a promise to myself that I will make my father proud," he said.

A National holiday was declared in India on the day of the final and Indian community in Malaysia was equally excited.

"Wherever we went, people gathered to have a glimpse, autograph and photograph were takes. People went crazy and we were treated like heroes in Malaysia and India."

"The historic World Cup triumph almost didn't happen. The team entry for the tournament was almost withdrawn before it started. So many people worked so hard to make it possible," he said.

"I had created a unique team motto -- 'Regaining world supremacy is our goal'. It was painted in bright red on the entrance to the team dormitory during training camp .. the boys played with unity, for each other and there was no place for showmanship. It was the combined efforts that made winning for India possible."

Forty-five years have passed since then and India is yet to win another World Cup.

Ashok Kumar lamented that despite such a historic feat, the winning team did not get its due.

"Forget about celebrations, nobody called us to congratulate on this day. I think not many remember the day. After all we are a Cricket crazy country. Who remembers Hockey heroes?," he signed off.