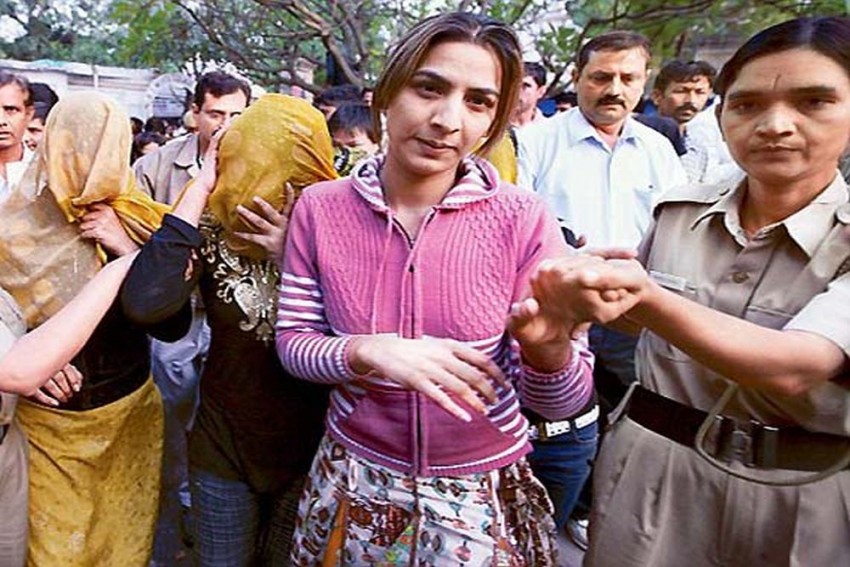 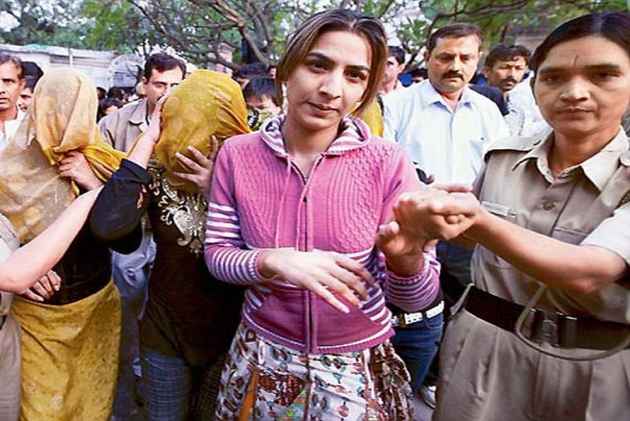 outlookindia.com
2017-12-25T15:29:35+0530
Geeta Arora, alias Sonu Punjaban, the infamous high-class pimp was arrested for trafficking, torturing, drugging, and forcing a girl into prostitution, the Delhi police said on Sunday.
Punjaban is notorious for immoral trafficking, sale, rape and torturing minor girls for prostitution at many places in Delhi, Uttar Pradesh and Haryana, reported Mail Today.
A teenager, who was trafficked, tortured, drugged, and forced into prostitution, helped the police in arresting Punjaban.
"Sonu Punjaban was arrested on Saturday after she was interrogated by a team headed by ACP Sandeep Lamba in Cyber Cell office of the Crime Branch," said a senior police officer, reported news agency IANS.

"The minor victim was kidnapped in 2009, when she was 12 years old. The victim came to Najafgarh police station by herself in 2014 and complained against Sonu Punjaban and her pimps," the officer said.
But the victim went missing again after that. The case was then handed over ACP Lamba and the girl was traced in November.

Quoting her statements to the police, the official told Mail Today, "She was tortured and was sold to more than 12 persons. She was taken to Lucknow, Rohtak and other places. She was forced into prostitution where she was kept starved too."

"She was then bought by Punjaban. Soon after she met her, Punjaban gave her a makeover. She also taught her basic English only to impress the clients. They used to drug her before sending her to the clients," the police said quoting the victim, the tabloid reported.
She employed attractive, well-dressed, English-speaking women and set up brothels in flats that she either owned or rented and appointed pimps who worked under her but were in charge of specific areas. Her phone book has more than 1,000 contacts: women are listed according to the prices they charge, pimps according to the area they serve. But though she owns flats and cars, nothing is registered in her name, a move that may save her from a lifetime in jail.
In 2014, a Delhi court acquitted Punjaban, who was accused of running an organised sex racket, and was charged under stringent provisions of the Maharashtra Control of Organised Crime Act (MCOCA). Additional sessions judge Gulshan Kumar acquitted Sonu of the charges due to lack of evidence against her.
In April 2011, the Delhi Police had arrested Punjaban after they received a tip-off that she and her associates had been spotted pimping women.
The police deployed two officers, who posed as customers and laid the trap. The officers then struck a deal with the tout, Raju Sharma, and Punjaban for two girls. The police then arrested Punjaban, her four associates and four other men during a raid in Mehrauli.
In 2007, she was arrested under sections of the Immoral Traffic Prevention Act. While she got bail in the 2007 case, she was arrested for the same offence in 2008. When she was arrested in April 2011 as part of the Mehrauli raid, she had already been booked for the same offence twice — which is one of the preconditions for invoking MCOCA.
Movie on Punjaban
Actress Richa Chadda played the character of Punjaban in Bollywood hit 'Fukrey' and 'Fukrey Returns’. The films were directed by Mrigdeep Singh Lamba and Ali Fazal, Varun Sharma, Pulkit Samrat and Manjot Singh, besides Chadda, were in main roles.