She had visited her husband M Natarajan, who underwent liver and kidney transplantation at the hospital, on all five days of her parole period. 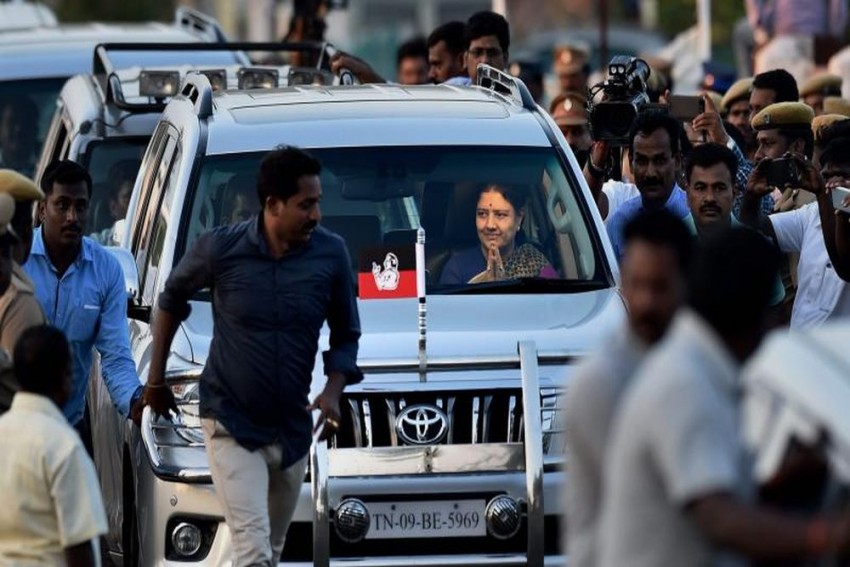 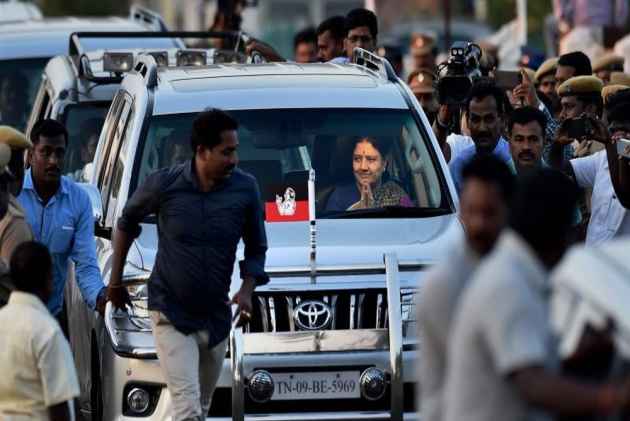 Deposed AIADMK leader VK Sasikala on Thursday left for Bengaluru by road to report at the Parappana Agrahara Prison in Bengaluru as her parole for visiting her husband in a hospital in Chennai ended on Wednesday.

Sasikala left from the residence of Krishna Priya, her close relative in T Nagar in Chennai in the morning.

She had visited her husband M Natarajan, who underwent liver and kidney transplantation at the hospital, on all five days of her parole period.

According to Gleneagles Global Health City, where Natarajan , 74, underwent organ transplantations on October 4 and a tracheostomy two days later, he is recovering well.

The AIADMK leader, who was removed from the party last month by chief minister K Palaniswami-led camp, is travelling in a car, which had to halt at several locations here like the Trade Centre point as the area was teeming with party cadres to greet and wish her well.

Also, as was witnessed in the past five days, several women cadres carried their newborns in their arms and requested Sasikala to name them.

After halting at several locations, her convoy took the Bengaluru highway.

The 60-year-old leader is expected to reach Bengaluru on time to report at the prison complex by six pm in keeping with the parole condition.

Sasikala has been lodged in the Parapana Agrahara central jail since February this year after the Supreme Court upheld her conviction by a special court in a disproportionate assets case.

Her relatives Ilavarasi and V N Sudhakaran are also serving four-year jail terms in the case.

Granted emergency parole from October 7 to 11, she was asked to adhere to several conditions, including a gag order on interacting with the media.

Sasikala's visit came at a time when her nephew and sidelined AIADMK leader T T V Dhinakaran and the ruling camp led by Palaniswami and deputy Chief Minister O Panneerselvam are fighting it out to get the two leaves symbol, which was frozen by the Election Commission.

Planning To Buy Firecrackers Online? Delhi Police May Take Action Against You