Sack Him Now Or Call Off This Tour

Mike Denness must be sacked, ostracised and humiliated in public.
Free Speech: Vent your contempt and disgust here 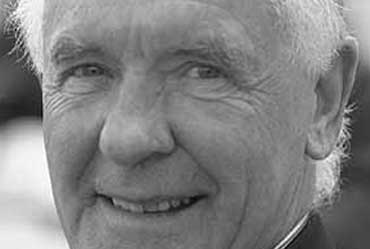 outlookindia.com
-0001-11-30T00:00:00+0553
This is the blackest day in cricket history. This is worse than match-fixing. Match-fixing involved players; this ridiculous, unjust, stupid and contemptible decision to punish six Indian players for absolutely no reason at all (and deny them even the right of appeal against the decision) has been taken by the match referee, the man who is supposed to be the keeper of the flame, as far as the spirit and fairness of the game is concerned.

The members of Pol Pot's summary courts of justice would have been envious of Mike Denness' prowess: "Ah, there's a man after our heart," one can imagine them muttering admiringly, "Let's give him Cambodian citizenship".

There is no point in analysing this decision and comparing it with the number of times white cricketers have been let off with a wink and a nudge after varied misdemeanours. Enough of that has been done and will be done in the days to come. What we must think about now is: What should we do? And the answer is simple.

The answer is simple. Mr Jagmohan Dalmia should get on the phone and tell the International Cricket Council (ICC) that Mike Denness must be sacked immediately from ICC's panel of match referees. Immediately. Before the third test. Otherwise, we call our boys home. India does not need to play another match ever with this racist retard as match referee.

Mike Denness is a creature who would make kangaroos ashamed of their courts. This man must be sacked, ostracised and humiliated in public.

If ever national honour was involved in any cricketing issue, it is now. And Mr Dalmia and the Board of Control for Cricket in India (BCCI) must stand up and be counted and hold up India's honour, and the dreams and aspirations of a billion cricket lovers. They cannot shy away from this duty. If they do, they are to be judged in the same coin as that miserable moron called Michael Henry Denness.