The decision to boycott Monday's meeting was taken after detailed consultations with the powerful Nair Service Society. 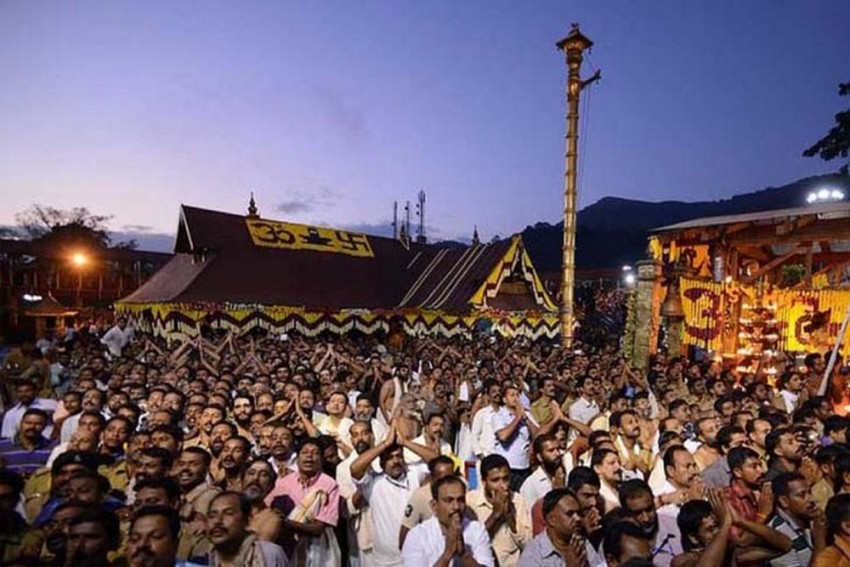 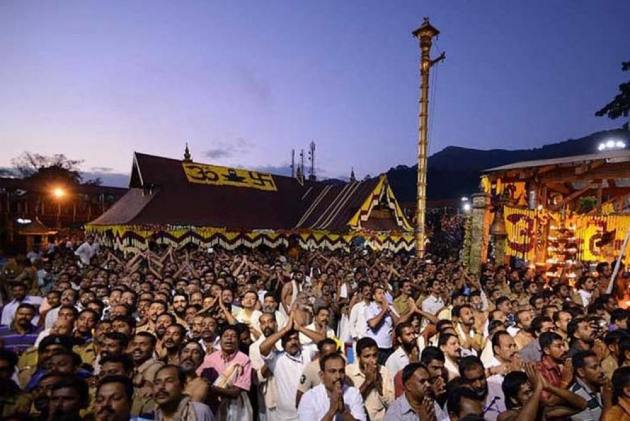 The representatives of Sabarimala temple's 'tantri' (chief priest) will not attend a conciliation meeting called by Kerala Chief Minister Pinarayi Vijayan to discuss the September 28 Supreme Court verdict that threw open the temple to all women, it was announced on Sunday.

"Let us hear the final decision of the state government with regards to the filing of a review petition against the apex court's verdict. Once that is known, then we will decide on what needs to be done. To deploy female police personnel in the temple premises is a violation of the temple practices," Sabarimala priest Kantararu Mohanaru told the media.

The meeting is scheduled to be held on Monday.

Following the verdict, Vijayan had categorically said that no review petition would be filed and the state government will do all the things needed to implement it.

Things went out of control after the state government and the Travancore Devasom Board (TDB), who is the custodian of the temple, decided not to file the petition leading to hundreds of devotees taking to the streets in protest.

A. Padmakumar, a senior Communist Party of India-Marxist (CPI-M) leader and TDB President, said the Board was initially keen to file the review petition, but after being openly chided by Vijayan, they decided not to.

Rahul Eashwar, another member of the tantri family, said that they have nothing against the Vijayan government but their priority was the emotional attachment of the devotees.

"The key stakeholders of the temple are the state government and the TDB and if they do not file a review petition, then there will be no locus standi to other review petitions. The need of the hour is that these two parties should do the needful," said Eashwar.

The decision to boycott Monday's meeting was taken after detailed consultations with the powerful Nair Service Society - the socio cultural body of the Hindu Nair community.

The Pathanamthitta district (where the temple is located), is observing a shutdown on Sunday to protest the use of police force against the youth wing of the BJP while they staged a demonstration on Saturday.

On September 28, in a 4:1 judgment, the apex court said the ban on women in the menstruating age group, whose presence in the Lord Ayyappa temple was considered to be "impure", violated their fundamental rights and constitutional guarantee of equality.

Until now, girls below 10 years and women over 50 years were allowed to visit the hilltop shrine.

After India-Russia S400 Missile Deal, Onus On US To Define Its Future Ties With New Delhi