Risk Of Dying Post Vaccination Negligible Compared To Risk Of Death Due To Covid: Govt 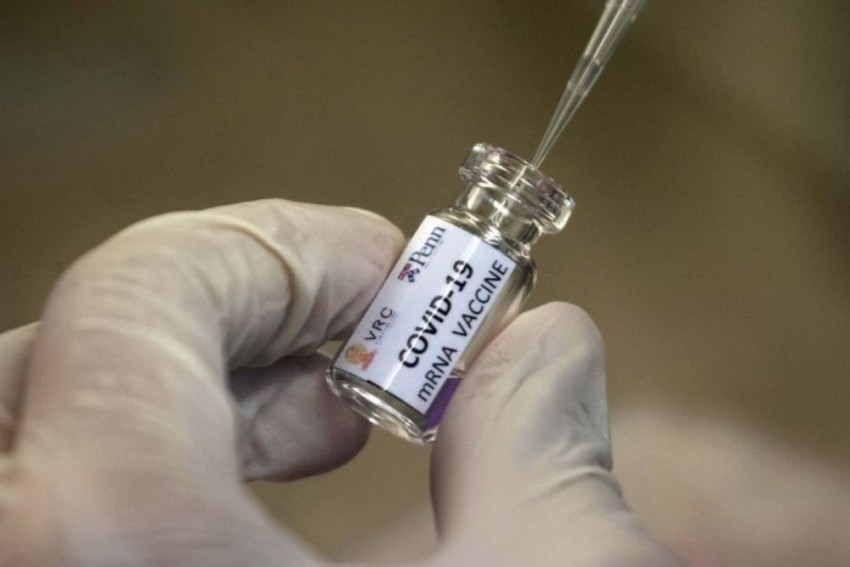 The Centre on Tuesday said 488 deaths recorded between January 16 and June 7 may not be linked to vaccination and that a detailed causality analysis will be conducted.
Representational Image
Outlook Web Bureau 2021-06-16T11:03:59+05:30 Risk Of Dying Post Vaccination Negligible Compared To Risk Of Death Due To Covid: Govt

After a government panel studying Covid vaccine severe adverse effects confirmed the first death due to anaphylaxis following vaccination, the union health ministry in a statement has said that the risk of dying post vaccination is negligible compared to the risk of death due to Covid-19.

"The risk of dying following vaccination is negligible as compared to the known risk of dying due to Covid," the ministry stated.

It is important and pertinent to note that the mortality rate for those testing Covid positive is more than one per cent and vaccination can prevent these deaths, it said.

The National AEFI Committee in a recent report confirmed that a 68-year-old man died due to anaphylaxis (severe allergic reaction) after being vaccinated on March 8. The man was administered Covishield.

The Centre on Tuesday said 488 deaths recorded between January 16 and June 7 may not be linked to vaccination and that a detailed causality analysis will be conducted.

The causality assessment of 31 reported Serious Adverse Events Following Immunisation (AEFI) cases following vaccination -- five such cases that took place on February 5, eight cases on March 9 and 18 cases on March 31 -- was carried out by the committee.

"It is the first death linked to Covid vaccination due to anaphylaxis. It re-emphasises the need to wait for 30 minutes at the inoculation centre after receiving the jab. Most anaphylactic reactions occur during this period and prompt treatment prevents deaths,” Dr NK Arora, advisor to the National AEFI committee, said

The health ministry on Tuesday termed as "incomplete" and of "limited understanding" media reports which stated that 488 deaths between January 16 and June 7 following vaccination were linked to post-Covid complications, and highlighted that the vaccination coverage during this period was 23.5 crore.

The number of deaths reported following vaccination in the country is only 0.0002 per cent of the 23.5 crore doses administered, and this is within the expected death rates in a population, it said.

Joint secretary in the ministry Lav Agarwal said, "The safety parameters of vaccines approved in our country are very good. When 23.5 crore doses were given then AEFI leading to deaths was as low as 0.0002 per cent which comes to 488 deaths but these deaths are not because of vaccination”.

"There can be multiple factors and detailed analysis will be conducted by district and state level officials and then a conclusion will be reached on whether death was due to vaccine or due to any underlying comorbidities or other conditions," he said.

The ministry in a statement said in a population, deaths occur at a certain rate. The crude death rate in 2017, according to sample registration system data, was 6.3 per 1,000 persons annually.

AEFI is defined as any untoward medical occurrence which follows immunisation and which does not necessarily have a causal relationship with the usage of vaccine.

It can be any unfavourable or unintended sign, abnormal laboratory finding, symptom or disease.

Healthcare workers, doctors and vaccine recipients have been always encouraged by the government of India as well as state governments to report all deaths, hospitalisations and events resulting in disability as well as any minor and adverse events following immunisation at any point of time after vaccination, the ministry said.

Deaths, hospitalisations or events causing disability or concern following any vaccination are categorised as serious or severe cases and are to be investigated at the district level, it said.

Causality assessments help to understand whether the event was caused due to vaccine and these are conducted at the state and national levels.

Therefore, death or hospitalisation following inoculation cannot be automatically assumed to be due to vaccination unless investigated by the AEFI committees at the district, state and national levels and attributed to vaccination, the ministry said.

There is a robust system of AEFI surveillance at every level from the district to the state. Once investigation is completed, reports are released on the ministry's website, following transparent sharing of vaccination-related information, it said.

Vaccine product related reactions are expected reactions that can be attributed to vaccination based on current scientific evidence, it said.

Examples of such reactions are allergic reactions and anaphylaxis, etc.

Indeterminate reactions are reactions which have occurred soon after vaccination but there is no definitive evidence in current literature or clinical trial data that this event could have been caused due to the vaccine, the report said, adding further observations, analysis and studies are required.

In the two other cases of anaphylaxis, two persons were given vaccines on January 19 and 16 and both of them were hospitalised and have since recovered.

Unclassifiable events are events which have been investigated but there is not enough evidence for assigning a diagnosis due to missing crucial information.

When this relevant information becomes available, the case may be reconsidered for causality assessment.

Coincidental events are events that are reported following immunisation but for which a clear cause other than vaccination is found on investigation.

The panel said benefits of vaccination are overwhelmingly greater than the small risk of harm and as a measure of utmost precaution, emerging signals of harm are being constantly tracked and reviewed periodically.