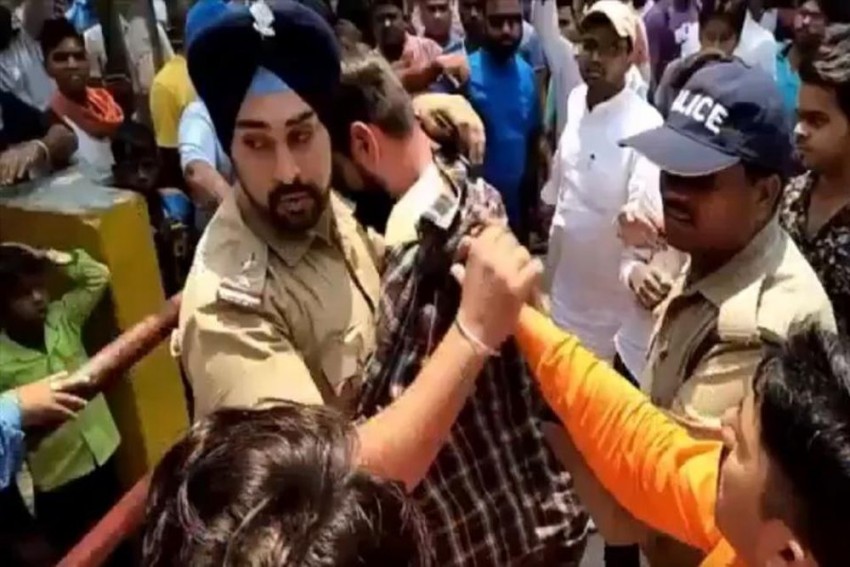 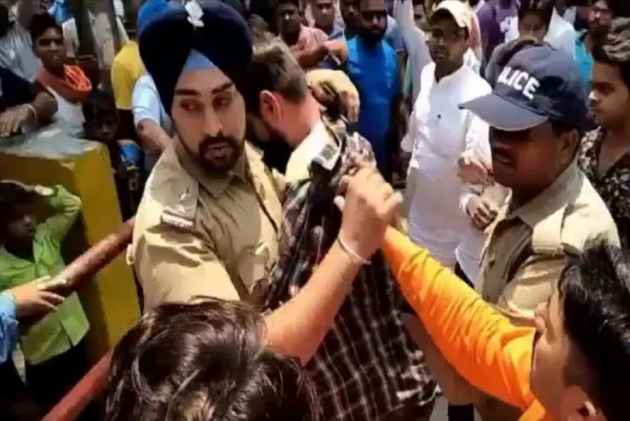 A video purportedly showing a Sikh policeman saving a Muslim youth from a mob after the latter was allegedly found in a "compromising position" with a Hindu girl at a temple near Ramnagar in Nainital district has gone viral.

ADG (law and order) Ashok Kumar said the incident occurred on Tuesday when a Muslim youth went to meet his girlfriend, a Hindu, at Garjia Devi temple about 15 km from Ramnagar.

Locals somehow came to know about it and reached the temple to "teach the duo a lesson", he said.

On being informed about a trouble in the area, sub-inspector Gagandeep Singh rushed to the spot where he found a mob preparing to attack the couple alleging that they had been found in a compromising position.

He immediately rushed to their rescue drawing the Muslim youth close to him to act as a shield to him, and in the process taking several blows from the mob on himself, the ADG said, adding the mob was dispersed and the couple was taken to a police station from where they were sent back to their families.

Five people whose faces are visible in the clip have been booked and a search is on to nab them. A reward of Rs 2,500 has been announced for Gagandeep Singh for his act of bravery, he said.

Singh is garnering respect and affection on social media for  his bravery.

While some of the people on Twitter applauded Singh's act and his commitment towards his work, many called him 'real hero.'

"I saw the video where that Sikh officer protects the man in Uttarakhand from the mob. Without getting into the issue for which the mob was after him, I think the officials did a good job there. You don't see Indian police officers doing this, often," a Twitter user said.

Another person said, "Look at the #hatred in the eyes of the mob that is peddling #my religion and portraying it in a bad light......Kudos to the young Sikh Police Officer Who Saved Muslim Man From Mob."

One of the Twitter users, Kirpa Kaur termed the act of the policemen as 'inspirational' act.

"Gagandeep Singh, an Inspiration. Minority himself (Sikh) he stood up and a protected Muslim man from Hindutva (Hindu extremist) mob threatening to kill him and his Hindu for dating. Killings have been regular w/ PM Modi's reign. Singh received threats frm Hindutva for doing this," she tweeted.