"I feel it is extremely troubling that the government has singled you out for voicing your opinions," the Congress chief said in the letter. 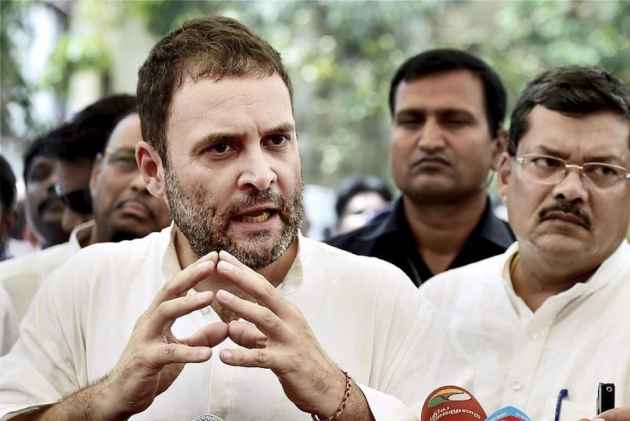 All India Congress Committee President Rahul Gandhi has written to 2010-batch IAS topper Shah Faesal, who was sent a notice by the J&K government for tweeting about increased incidents of rape in the country, praising him for "courageously highlighting the issues that plague India."

In a letter dated July 14 and signed by Gandhi, the Congress chief has opposed the "Jammu and Kashmir government's decision to initiate an inquiry for expressing opinion on the rising incidents of rapes in India." 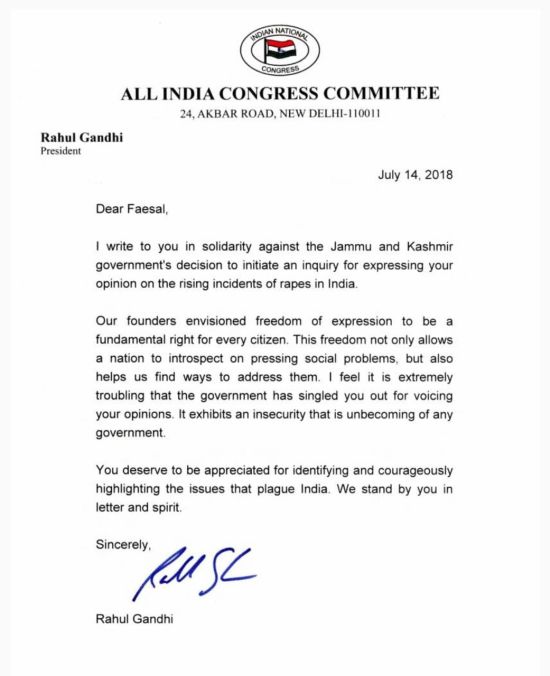 The state government on July 10 initiated disciplinary action against Faesal for his tweet about frequent rapes which was seen by the Centre's Department of Personnel and Training as his failure to maintain absolute honesty and integrity in discharge of duties.

This post drew the ire of the DoPT. The IAS officer, who is currently pursuing a mid-career masters programme in the US, brushed aside the notice as a "love letter from my boss."

"Our founders envisioned freedom of expression to be a fundamental right for every citizen... I feel it is extremely troubling that the government has singled you out for voicing your opinions," the Congress chief said in the letter.

Terming it "unbecoming" of the government to initiate action against the IAS officer, Gandhi, on behalf of the Congress party, said it "stands by (Shah Faesal) in letter and spirit".

“I am a pro-democracy person who abhors violent hate speech, who stands for rights of all human beings, and who has complete faith in the judiciary. So I have no reason to stop myself from expressing,” Faesal told Outlook in an interview.