Rafale Uninterrupted: Amid The Billowing Smoke And Mirrors

There is a constant barrage of information on Rafale coming out from time to time, and that’s because it’s real. 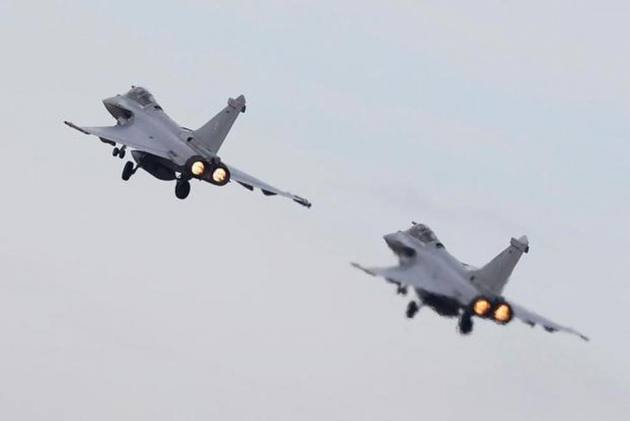 It has truly become ‘Rafale Uninterrupted’ with the constant barrage of information coming out from time to time, and that’s because it’s real: the truth though shall not come out unless the apex court puts its foot down and digs deep – very deep. The government will do its damnedest to obfuscate: the procurement process; the price; the technical cant shrouding in the name of secrecy; the much hyped hands-off approach on choice of Indian offset Partners (IoP), et al. And the canon bursts shall go on endlessly.

The reason for non-disclosure is simple: it was a flawed procurement and shouldn’t have happened in the first place. But it did – in the hallucinating high of post-2014 electoral euphoria when the sense of propriety was subordinated to grandstanding and optics. If the earlier government fumbled, so it seems to declaim to the wide world, we aren’t the kind to repeat that. Thereby the procedural solecism was seeded. What else can explain the then Raksha Mantri (RM) being completely unaware of the Inter Governmental Agreement (IGA) announcement? Neither the allocation/transaction of business rules permits such transgression/arrogation of power by the PM in a constitutional democracy governed by the rule of law, nor does the Defence Procurement Procedure (DPP) 2013, then in vogue, so permits. The rest that followed were mere dressing-up and playing to the IGA diktat.

Why the PM’s advisors let him indulge in such bravado is another question. Why even later no one stood up and said that it wasn’t the way to go. The reason again is simple: no one could dare, and in any case it was bound to fail with the darer very likely heaved off his perch. Today, any mid-course correction will impugn the government’s much-vaunted machismo. It’s a Frankenstein’s monster ready to swallow its creator.

Shorn of dialectics, the government may not be the “matchmaker” but doubtless it midwifed the deal. Purists may take umbrage over the parsing of the words but the brouhaha over the deal is understandable. Defence expenditure accounts for 15-18% of the total central budgetary outlay. The geo-strategic concerns coupled with lack of domestic industry manufacturing state-of-the-art arms and armaments, equipment and weapon systems, has meant regular import of defence items from abroad – to modernize, and to maintain its present lot of weapon suites.

It’s ironical that the Rafale deal was consecrated on the altar of DPP 2016 whose Preamble declaims the “highest standards of transparency, probity and public accountability, a balance between competing requirements such as expeditious procurement, high quality standards and appropriate costs needs to be established”; and where “self-reliance is a major corner-stone on which the military capability of any nation must rest”; and focuses on giving “a boost to ‘Make in India’ initiative of the Government of India, by promoting indigenous design, development and manufacturing of defence equipment, platforms, systems and sub-systems.”

Ironically, these very issues – costs, transparency, public accountability – are missing. While admittedly defence acquisition isn’t a standard open market off-the-shelf procurement like others, given its inherent technological complexity and geo-political ramifications, let it be said that nothing in the cost imperils security concerns. This is but only one aspect.

But it’s hard to fathom the rationale of this IGA that often arises out of geo-strategic advantages. The earlier 126 MMRCA negotiations had coasted along for 7-years with two companies (Dassault and Eurofighter) shortlisted and the deal nearly finalized with Dassault, with HAL as the IoP. Where, then, was the need to “not classically follow the Standard Procurement Procedure and the Standard Contract Document” but base it on “mutually agreed provisions between the Governments… on an Inter-Governmental Agreement after clearance from CFA”? The IGA announcement by the PM on 10th April 2015 was a tectonic shift with the then RM unaware and the clearance from CFA missing. What prompted the IGA? This is where the Rafale procurement gets problematic and raises multiple concerns.

The CEO Dassault Trappier on March 25, 2015 said that the negotiation for 126 Rafale aircrafts – 18 in flyaway condition from France and 108 HA-manufactured as part of Transfer of technology (ToT) to India – had been almost finalized. Another contemporaneous development was the creation of the Reliance Defence Enterprise Limited company on March 28, 2015 that has now replaced HAL as Dassault’s IoP to discharge the whopping offset obligations.

Seen through the prism of DPP 2016, the two issues – whittling down the requirement of 126 Rafale aircraft to 36; and RDEL replacing HAL as IoP – strike at the very root of propriety and transparency touted as the government’s USP on procurement from taxpayers’ money. The fact is that none of the three conditions on IGA cited in Para 104 (a), (b), (c) of DPP 2016 needed bolstering. Neither did the IAF identify any need “while participating in joint international exercises”, nor was it “a very large value weapon system/platform… (not) available for transfer or sale”. Nor had the OEM’s government “imposed restriction on its sale” and couldn’t be evaluated on ‘No Cost No Commitment’ basis. Further, Para 6 of Appendix A to Chapter II [referring to Para 3(c) and Para 16 of Chapter II of DPP 2016)] on the Defining attributes of the ‘Buy (Global)’ category inter alia states that when the requirement is of strategic nature and/or of long term nature and “more than one foreign vendors from different countries can provide equipment system platform” it may be ensured to “Include ToT/MToT as necessary”. The Note adds that: ToT in Buy (Global) category cases is essentially to provide the buyer with leverage during negotiations or even post contract stages.

The IGA was hence entirely unwarranted; there was no justification, no need, no necessity for the same. The logic trotted out later is an afterthought – flawed to the core, because it is invalid. What’re the ostensible benefits that the IGA bestows which the earlier proposal didn’t? An IGA announced, by the Head of Government, with the intent to buy 36 Rafale aircraft in flyaway condition is a diplomatic commitment to be honoured. While an IGA isn’t impermissible, what’s surprising is the timing, the culling of the earlier negotiated quantity, with ToT missing, and sans due diligence, and with the IoP changed from an experienced, bespoke DPSU to a fledgling, no-experience, financially-troubled private company.

Blitz through the timelines post-IGA announcement, corral the acts, join the dots and the picture raises still more concerns. On April 24, 2015 the Reliance Defence Ltd. forms a subsidiary company called Reliance Aerostructure Ltd; on July 30, 2015 MoD scraps the earlier deal that was 7 years in the making and had reached finality by early 2014 – a year since the new government had taken charge – to make way for the IGA-inspired deal; on August 5, 2015 amendment in offset guidelines brings in benefits for Dassault to give its IoP details at a later date than at the time of contract-signing. The government allows 49% FDI through automatic route in June 2016, meaning no need for prior approval for investing in India’s defence sector, thereby facilitating formation of a joint venture, DRAL, in October 2016 by Reliance Aerostructure Ltd. (51%) and Dassault Aviation (49%). The CCS accords approval on August 24, 2016 and the IGA signs the agreement on September 23, 2016. The telltale marks seem remarkably, even divinely, ordained!

Yet amid the cacophony, few procurement fundamentals need highlighting.  When must an IGA be signed: at the initial stage so that the seller dictates terms on the buyer; or after negotiations so that the buyer achieves the most economical purchase? Box this with the 7-year long efforts and the number of aircrafts, and the ToT terms. Not to ignore that an IGA grants pricing advantage via its sovereign guarantee by doing away with the bank guarantee liability that the seller loads in its offer. Did the IGA-inspired deal benefit from this? No answer is forthcoming.

(The writer is retired financial advisor (defence services) in the defence ministry. Views are personal )