"The election is a selection, and not an election," he said 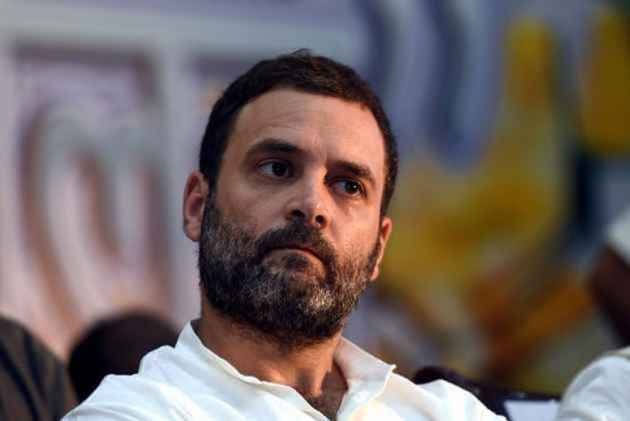 "I have got information that the delegates, who are going to vote for the party president election, are fixed. This process is rigged. They have been appointed for their loyalty," Poonawalla told ANI.

Poonawalla, an office-bearer of the Maharashtra Congress, further reiterated his stance he presented yesterday and said the election process was in reality a "selection process" and perhaps a "sham" of an election procedure.

"The election is a selection, and not an election. It's a sham election process," he quipped.

Poonawalla had earlier told the media he would want to contest the election if it was conducted in a genuine manner. Adding to this, he stated, "I think there should be only one ticket in one family, be it Shehzad Poonawalla or Rahul Gandhi."

Earlier yesterday, Poonawalla, claiming that the poll process to elect the Congress president has been stacked in Rahul's favour just because he belongs to the Gandhi family, took to Twitter and said, "Raising an issue nobody in my party - the Congress will have guts to raise- my conscience will not allow me to stay quiet anymore on Dynasty/ sycophancy."


He also tagged his brother, Tehseen Poonawalla, in his tweet, and wrote, "@tehseenp has no idea about this issue else he would have stopped me too."

Tehseen responded through a tweet and said, "I am stunned with what @Shehzad_Ind is doing at the time @INCIndia is winning Gujarat. I officially give up all relationship with him politically. The congress needs @OfficeOfRG to be the president."

In a series of tweets, Tehseen announced to end his relationship with Shehzad "officially."

"I officially end all relationship with @Shehzad_Ind . I have never been this hurt. We needed to defeat the BJP. This is unacceptable . Im very very hurt today . Been stabbed in the back ..And how," he posted.

Poonawalla responded by tweeting a quote by Martin Luther King that implied he was simply following his conscience.

"I know from tomorrow all kinds of stories will start - I will be targeted :) I am an active Maharashtra Congress Secretary & nobody had any problems till today but new stories to target me will come :) prepared for it- I want Non Dynasts & Merit over Dynasty !! Am I wrong?" he tweeted.

To this end, Poonawalla told ANI, "It takes courage to speak out, and I am sure there will be all kinds of attacks against me. But I have facts." (ANI)