Celebrate World Breastfeeding Week with a home-spun success story. How Surguja pulled off an impressive feat 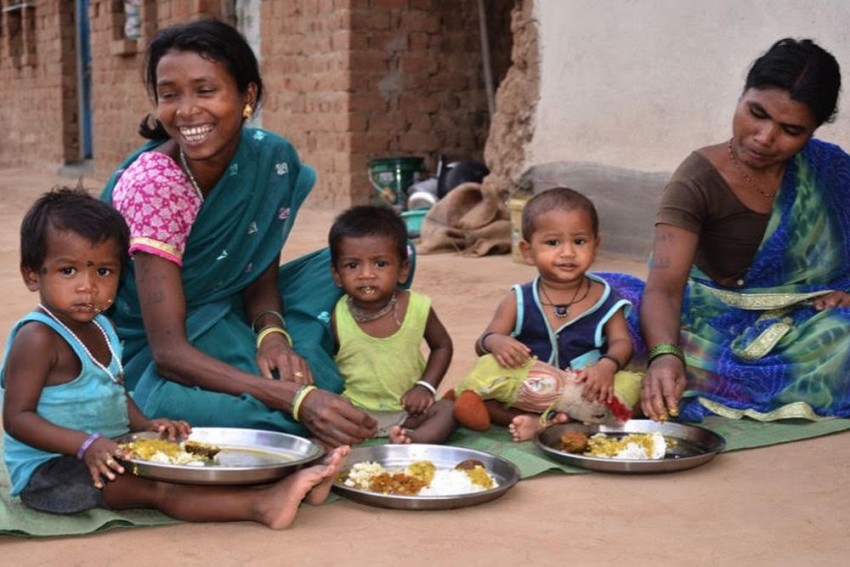 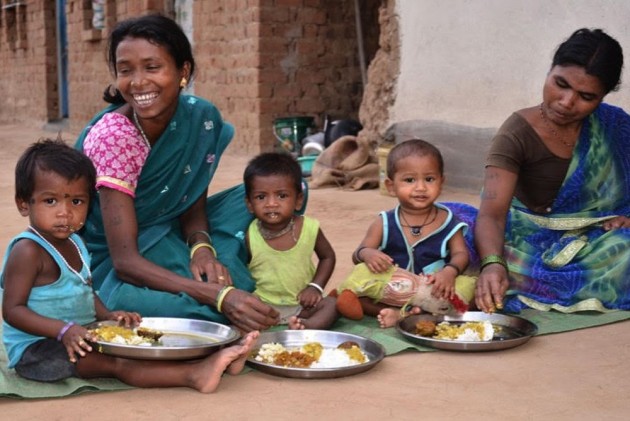 Tucked away in the foothills of the mighty Vindhyas, few have heard of Surguja. It’s the land of iridescent forests, dazzling waterfalls and sweeping tablelands. Once the Dandakaranya of Ramayana and Kalidasa’s muse in Meghadutam, this little district of north Chhattisgarh now suffers from poverty, unbridled mining, deforestation and man-animal confrontations.

On World Breastfeeding Week, however, the story of Surguja needs to be told: it has pulled off an impressive feat. Surguja has  quietly become a role model, with one of the world’s highest breastfeeding rates. If the central African country of Rwanda is celebrated for a breastfeeding rate of 87 per cent, Surguja supersedes it at 87.5 per cent.

Breastfeeding should ideally start within one hour of birth, to benefit both the baby and the mother, says the World Health Organisation (WHO). Exclusive breastfeeding reduces neonatal and infant mortality, if followed for the first six months.

Like most Indian village communities, Surguja had no clue about adequate breastfeeding. Colostrum, the first yellowish milk considered the first immunisation for infants, was kept away. There was no focus on breastfeeding children within an hour of birth, while most children were given water, sugar drinks, animal milk, herbal water, or tea after birth.

A very typical Indian story. Nearly one lakh children die every year in India due to diseases that can be prevented through adequate and exclusive breastfeeding, according to a UN report, Global Breastfeeding Scorecard. Not just India, worldwide, breastfeeding rates are falling: a mere 23 per cent in the US, while the UK lags behind at just 1 per cent.

MITANINS TO THE FORE

The change started over the summer of 2002, two years after Chhattisgarh came into being. The new state faced some of the greatest social and developmental challenges, the gravest being public health. In rural areas like Surguja, infant mortality rates were as high as 95 per 1000, compared to 68 per 1000 nationally. Out of desperation, the state health department initiated a partnership with civil society. The outcome was India's largest community health volunteer programme, the mitanin programme.

Mitanin in Chhattisgarhi means a female friend. According to traditional customs of female bonding, mitanin was a girl’s friend, philosopher and guide for life. It is this custom that was built on, to create a new type mitanin, a trained healthcare friend of the village, selected by the community and approved by the panchayat. “The main beneficiaries of this innovation were children and mothers living in rural habitations,” says Basanta Kumar Kar, one of the pioneers of the movement, who was also the first Member Secretary of the newly-formed State Advisory Body on Nutrition, Chhattisgarh in 2002. As the mitanins were volunteers from the community, they brought health awareness, care, counsel, support and services at the doorstep of all rural families. Soon, surveys started revealing how malnutrition fell in Chhattisgarh by 20 per cent, a record in the country.

“In tribal areas, breastfeeding is not a taboo, but a sacred practice,” says Kar. “The intense home contact and inter-personal counselling by the hamlet-level nutrition warriors led to proactive change in people’s behaviour. I recall recruiting almost 60,000 such change-agents in 20,000-plus villages of Chhattisgarh.” He had also introduced the concept of “dharam dai,” or lactating foster mothers who would voluntarily feed community children, whenever needed. Bahu, saas, pati sammelan helped to demystify breastfeeding facts while healthy baby shows often worked to encourage mothers to breastfeed their children well. 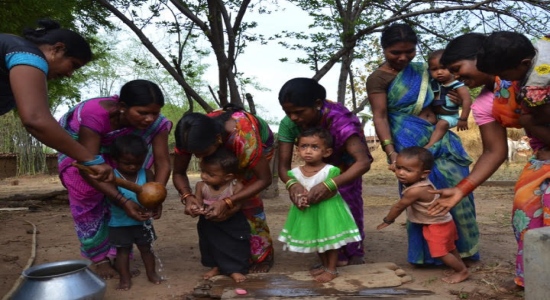 From 2012, yet another innovation transformed Surguja. It was prompted by the realisation that the highest percentage of children died before one year of birth in Surguja among all the districts. To tackle the crisis, a community-led, panchayat-supported programme, the Surguja Suposhan Abhiyan, was launched—involving volunteer mothers. With technical and implementation support from State Health Resource Centre (SHRC), village mothers started running community creches for children under three years, called Fulwari. Each Fulwari ran from space voluntarily given by a community member. Each got a grant of around Rs 4000 for utensils, bed nets, toys. Each made three hot-cooked meals for children and two for pregnant women. Eggs, per child per week, apart from oil and vegetables were emphasised in the menu, finalised by the mothers. Mothers volunteering to work in a Fulwari also got food for that day.

And the result was there for all to see. A study in association with UNICEF showed commendable success within one year of enrolling at Phulwari Centres, with a fall in malnutrition levels among children, from 45 per cent to 30 per cent. The National Family Health Survey-4 of 2015-16 showed a steep rise in breastfeeding rates, not just in Surguja, but nearby districts like Rajnandgaon (84.6%) and Kabirdham (84.9%). The collateral benefits? Despite having one in five people steeped in extreme poverty, Surguja now has child malnutrition parameters that are well below the national in every possible way.

Accolades are rolling in for the first-of-its-kind scheme at Surguja. It has been recognised as the Best Innovative Activity by the Central government’s Centre for Innovation in Public Systems. The European Union has also endorsed the initiative. “We need to learn and replicate such best practices,” says Kar. More than the awards, the word needs to spread. Fulwari schemes have spread to all the 85 tribal blocks in 19 districts.

Surguja needs to become the gold standard for radical, out-of-the-box weapon to fight India’s war on malnutrition, across all villages, districts and states.