Polling Deferred In Bengaluru's RR Nagar Constituency After 10,000 Voter IDs Were Found In A Flat

Earlier this week 9746 voter IDs were seized from a flat in the area. 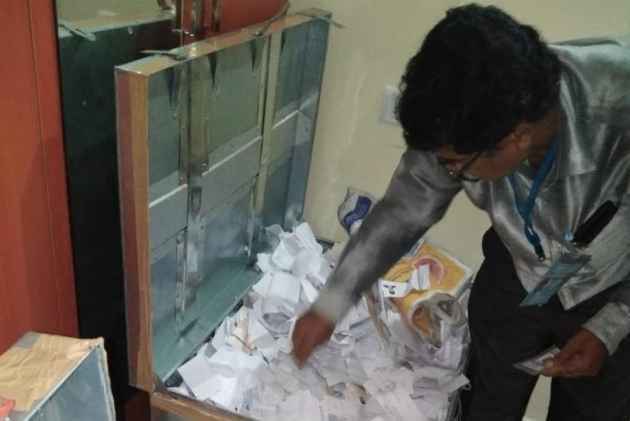 Polling in the Rajarajeshwari Nagar Nagar constituency in Bengaluru scheduled to be held tomorrow has been deferred till May 28. The counting of polls will take place on May 31.

Earlier this week 9746 voter IDs were seized from a flat in the area.

A massive controversy has rocked Karnataka after nearly 10,000 "fake" voter ID cards were seized from a flat in Rajrajeshwari Assembly seat. Engaged in a raging war of words, the BJP alleged that Congress was behind the racket, but the ruling party in the state rejected the charge as a "lie".

Accusing the Congress of trying to influence the assembly polls in Karnataka, the BJP had asked the Election Commission to countermand the election in the RR Nagar constituency after thousands of allegedly "fake" voter ID cards were found there in a flat.

Both parties have claimed the house owner was associated with the rival party.

Congress spokesman Rajdeep Singh Surjawala hit right back, alleging that the flat owner Manjula Nanjamari and Rakesh had BJP connections and both contested Bengaluru Municipal Corporation elections on the tickets of the saffron party.