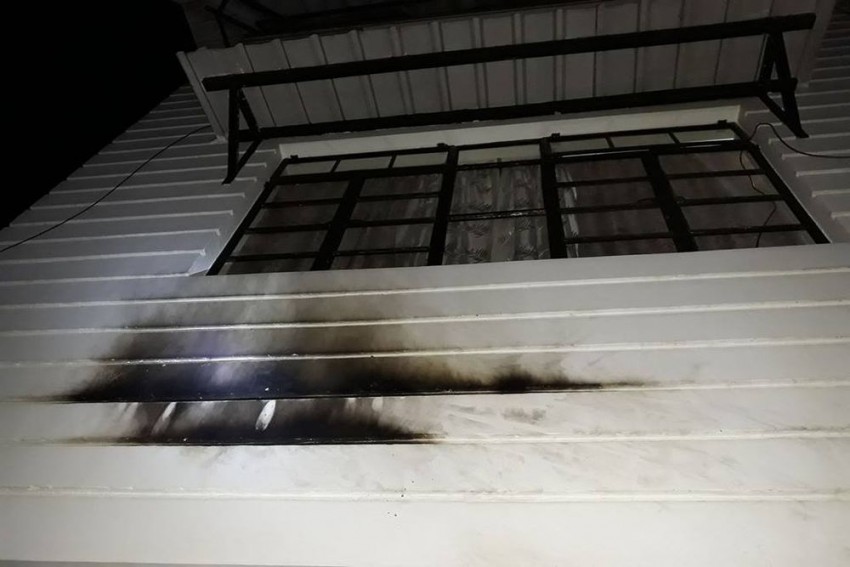 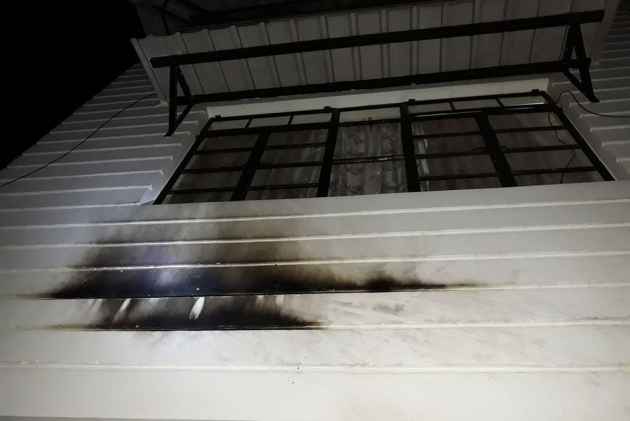 outlookindia.com
2018-04-18T14:41:22+05:30
The residence of The Shillong Times editor was attacked with a petrol bomb allegedly by two unidentified men at Umpling in the Meghalaya capital on Tuesday night.
Soon after the attack, the editor, Patricia Mukhim posted a picture on her Facebook page, claiming that the incident happened around 8.30 pm. The Shillong Times reported that two motorcycle- borne men, whose faces were covered, were seen hurling the petrol bomb at her house.
“My home attacked with petrol bomb today at 8.35 pm. I am shocked. Those who did this ugly deed need to be arrested.. I heard the explosion and saw the flames rising. It's a terrible feeling,” she wrote on Facebook.
A case has been filed and investigations are underway. Davis NR Marak, Superintendent of Police (SP), East Khasi Hills, had reached Mukhim’s residence soon after the incident.
The journalist, later, thanked the Meghalaya police for the quick response.
“Thank you Meghalaya Police for responding with alacrity. SP East Khasi Hills, Davies Marak, thank you for coming personally. The team from Rynjah Police Station thank you for quick response. My appeal to Meghalaya Police and Crime Branch is to please nab these culprits and restore public confidence. Criminals are getting away too easily. Police should take every case of arson and attack on press freedom with the seriousness it deserves. Please rise to the occasion..,” she posted on Facebook.
Meanwhile, David Laithphlang, president of the Shillong Press Club, condemned the incident.
“Peace has been our hallmark but we will not cower down before forces of evil and no attempt to dissuade us from discharging our professional duties and rendering our service will ever fructify,” he said in a statement.
Journalists from across the country have also expressed their solidarity with Mukhim.

Disturbing news from Shillong. Petrol bomb thrown by 2 masked men at the home of Shillong Times editor-in-chief Patricia Mukhim @meipat. She’s unhurt, but it’s a cause for concern https://t.co/ckBCVn10Zc

Very troubling news from Shillong: one of our finest editors, Patricia Mukim of Shillong Times has a petrol bomb thrown at her residence. Hope culprits will be caught soon. Shillong press club to protest: we all stand in solidarity.

Mukhim, a recipient of Chameli Devi Jain and Padma Shri awards, is also known for writings on mining in Meghalaya and Khasi people of the state.
For in-depth, objective and more importantly balanced journalism, Click here to subscribe to Outlook Magazine