Home  »  Website  »  National  » Opinion  »  Time We Learnt From Mistakes. Time We Had A Codified Tort Law In India
Opinion 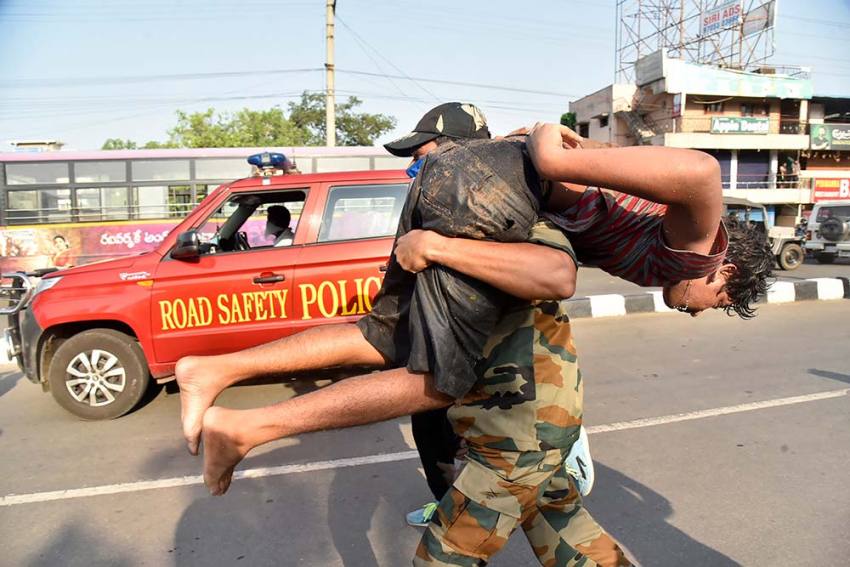 A boy affected by a chemical gas leak is carried for medical treatment in Vishakhapatnam. Chemical gas leaked from an industrial plant in southern India early Thursday, leaving people struggling to breathe and collapsing in the streets as they tried to flee. (AP/PTI)
Areeb Uddin 2020-05-09T13:01:16+05:30 Time We Learnt From Mistakes. Time We Had A Codified Tort Law In India 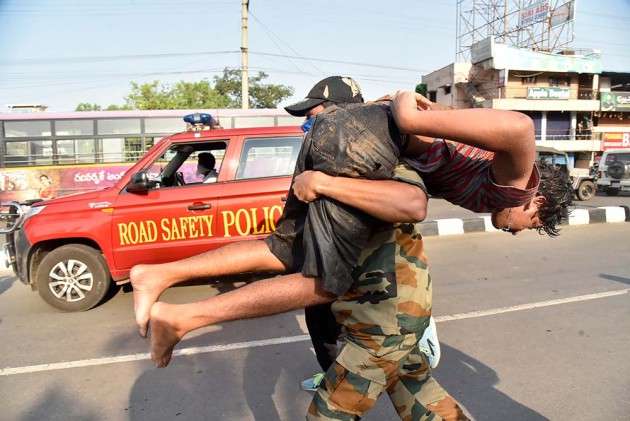 It was in December 1984 when a gas leak in Bhopal shook the entire nation and left traces which are still felt by many. On May 7, a chemical gas leak at the LG Polymers Plant at RR Venkatapuram near Naiduthota, led to the death of at least 11 people; another 800, who reported sick, were admitted to various private and government hospitals. At a time when the world is combating Coronavirus, the company's negligence has cost so many lives.

Ironically, the LG website reads - LG Polymers India Pvt., Ltd, recognized Quality and Environment are the fundamental elements to create Value to the Customers by strongly implementing the secured Quality Systems of the absolute level to the Conformance of Customer’s Satisfaction, but surprisingly, the due care was missing.

In India, such incidents are governed by conventional Tort law which is not even codified.

Lessons from the past

1. The Bhopal Gas leak, 2nd December 1984 – The Bhopal leak, one of the most hazardous incidents, took around 2000 lives, and Warren Anderson, who was the CEO of Union Carbide Corporation (UCC), fled to his parent country, still evading the law. Instead of a compensatory scheme, a "settlement" between the UCC and the government was hammered out, but surprisingly many of the claims are still unheard and victims are still facing the rounds of litigation.

2. The Oleum Gas leak incident, 4th December 1985 – There was a gas leak from the Shriram Industries, located in the densely populated area of Kirti Nagar, Delhi. Justice Bhagwati propounded the ‘no-fault’ liability in this case. This was an evolutionary decision by the court which compensated the victims instantly and the roots of tort jurisprudence were initiated in India. The court directed the polluters to deposit Rs 20 Lakh and submit 15 Lakh as a bank guarantee for the claims made by the victims.

“We have to evolve new principles and lay down new norms which will adequately deal with new problems which arise in a highly industrialized economy. We cannot allow our judicial thinking to be constructed by reference to the law as it prevails in England or for the matter of that in any foreign country. We are certainly prepared to receive light from whatever source it comes but we have to build our own jurisprudence.” – J. Bhagwati

3. The Uphaar tragedy, 13th June 1997 – Another unfortunate incident which took away the lives of 59 people inside the Uphaar cinema, located in New Delhi. The case became another example of long-stretched litigation, all due to the non-availability of codified law. The corporate giants – Ansals were sued by the Victims Association and the litigation went on for around 19 years.

‘The Uphaar trial has stretched on for nineteen years and in these years, the country has witnessed many man-made disasters, where hundreds of lives have been lost. When we began this case, we had hoped that the courts would take up such cases on a priority basis to avoid similar tragedies. But neither the government nor the judiciary took any cognizance of such case. For the government, it was enough to announce a pitiful sum as ex-gratia compensation and shy away’ – Trial by fire, Pg. 245 the Krishnamoorthy’s (one of the victim’s family)

A codified Tort law – the need of the hour

Absence of codified tort law is one of the reasons that such incidents bypass the normal statutes with minimum damages. According to Salmond, a civil wrong for which the remedy is an action for unliquidated damages and which is not exclusively the breach of contract or the breach of trust or the breach of other merely equitable obligation. In Tort, the purpose of an award is to restore the plaintiff to the position in which he was placed prior to the commission of the tort so far as is possible, rather than seeking to gain meagre compensation. The Bhopal Tragedy was an eye-opener for the government, employers and the corporates. As J. Bhagwati observed:

“But it seems that the Bhopal disaster shook off the lethargy of everyone and triggered a new wave of consciousness and every government became alerted to the necessity of examining whether industries employing hazardous technology and producing dangerous commodities were equipped with proper and adequate safety and pollution control devices.”

At present, the Public Liability Insurance, Act governs such accidents and rests the onus to compensate on the ‘owner’ of a company. Section 3 of the Act reads out—that the owner shall be liable in case any injury or death takes places or there is damage to any property has resulted from any accident. Furthermore, the claimant need not plead and establish that the death, injury or damage in respect of which the claim has been made was due to any wrongful act, neglect or default of any person. But there are many complications, which ultimately ends up as a civil suit and an endless litigation battle.

For instance, in America, such claims/damages are governed by the Federal Torts claim Act and the State is liable to the same extent an individual would be in like circumstances. Keeping in mind the challenges we faced in the past, one should substitute the civil litigation for tort litigation. Even in the Vizag gas leak, the procedure is not clear. An FIR has been lodged in the Vizag gas leak case, while the victims of the Bhopal Gas tragedy still wait for their compensation.

If India had a codified Tort law, the Bhopal victims would’ve been served a respectable compensation and not a settlement by court, the Uphaar Victim Association would’ve not been tortured for 19 years. Interestingly, J.Bhagwati called for an Indian Jurisprudence on Tort law and asked, not to follow the English law blindly. The Supreme Court’s judgment in Oleum gas leak (MC Mehta v Union of India) was a step forward towards the evolution of tort jurisprudence in India.