The Sabarimala temple is believed to have been constructed in accordance with Tantric traditions, which would have stipulated rules such as, in this case, the ban on women of menstruating age. One cannot deny those traditions while continuing to believe in the divinity of the deity installed. 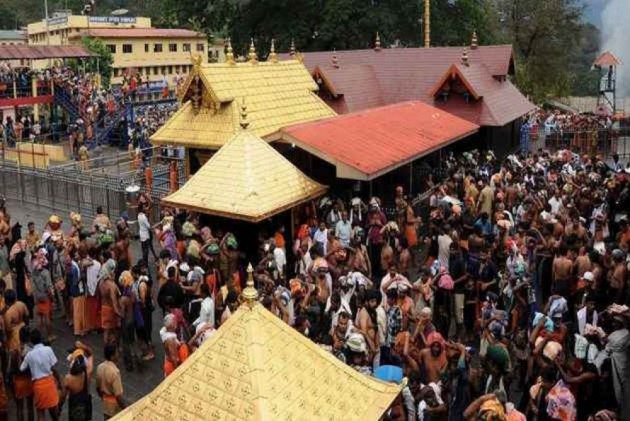 I was largely disappointed with the recent Supreme Court verdict that lifted the restriction on the entry of women to the Sabrimala shrine. Emotions swamped me, ranging from regret and dismay over the highly anglicised action by the judiciary, a feeling of betrayal by the state and a disenchantment stemming from the inadequacy of the arguments made in court in defence of the Sabrimala tradition. Further, the feelings of sheer helplessness over an overbearing and pontificating attitude of the establishment which had not spared any thought towards understanding of the Indian tradition, has been further aggravated by precautious yet condescending TV anchors who continued to assault the intellect by carpet bombing the media space.

All this is tantamount to an incomplete handling of the whole Sabrimala temple episode. There are in fact several aspects that need to be comprehended and looked at before arriving at any decision of such magnitude. Let me outline some of the important areas that I feel are paramount when we look at this specific Sabrimala shrine which just cannot be circumvented:

The first question is whether Indian courts ought to get into issues of religious tradition. While some say no, in my view religious traditions also need to be open to the test of constitutionality. However, in undertaking such a test, the law needs to be cautious on a few aspects:

First, any petitioner that challenges a religious tradition must establish locus standi in a personal context. Else, it is difficult to balance the rights of those that have a personal stake in tradition against others that do not.  Second, courts scrutinising religious tradition need to bring a degree of empathy and understanding to their analysis.  Also, it is a fact that many ancient religious traditions have, with the passage of time, been misinterpreted and abused. Hence, there is an inclination to mistrust them. However, the same is not true with all traditions. Therefore, to assume abuse, based on a seemingly superficial inspection is to my mind is not proper. As with state action, the default ought to treat Indian tradition as constitutional, unless proven otherwise with evidence.

The apex court’s latest verdict on a 12-century shrine’s hoary past is like the cliché clash of civilisations—between tradition and modernity. We see here that the general and overarching trend is to apply modern day rationality to all Indian traditions and customs. And unfortunately, those who do not pass muster are flagged as obscurantists.

This so-called rationalist approach also discounts the fact that much of the Indian tradition and knowledge of the past were in the form of an oral tradition woven into fables and tales, and were passed on through the generations. I felt that this aspect was largely overlooked by the Supreme Court judgment. The inclination to rebuke an oral tradition simply because it is not backed by a transcription in scriptures reflects a Western mindset that favours the written word. So, an absence of written evidence has been interpreted as an absence of tradition.

In this context it is important to realise that the Sabrimala shrine is a Tantric shrine, so the priests there are all called tantris.  This is not a shrine built on the principles of a creator God or an omnipresent divine presence. Ayyappa at Sabrimala or elsewhere is simply a deity and a divine being, but not God. He is and can never be omnipresent or equated with the supreme divine.  There is a strong belief, particularly in southern India, that the Tantric tradition has been independent of the more dominant Vedic tradition.

This is an occultist and highly secretive tradition, and sees the universe as an energy manifestation, existing in different physical and metaphysical dimensions. Here, all creation is seen as a manifestation of various kinds of energy which combine with each other differently to produce each manifestation, be it humans, other living beings, divine beings etc. So, a man may have one basic form of energy, a woman another and a deity a third.

In the Tantric tradition, a mechanism was developed to understand, harness and utilise various forms of energies present in nature. This harnessing and utilisation of energies has been achieved through the recitation of mantras, use of yantras and practice of various occultist rituals to secure specific and identified outcomes.

Central to the idea of temple construction and deity consecration in these systems was the notion of focusing certain specific natural energies into a specific form of matter or idol and harnessing such energy for the benefit of humanity. While in certain cases the energies were focused and harnessed for the general benefit of visitors, in certain other cases special energies were focused and consecrated for special purposes. In the latter cases, specific rituals and customs were also prescribed to enable visitors harness this special energy. Process and practices were also prescribed to maintain and preserve these energies over an extended period of time. To conclude, Tantric temples are conceived as being energy fields, where specific kinds of forces of nature or energy are consecrated, and each such force of nature or energy behaves very differently with other beings of energy. Often, this variation in the energy interplay is passed on through a story or Purana, putting the common man to caution. As a result, in a few cases, visiting a temple or offering a specific puja need not involve any bhakti; it could be for specific materialistic or spiritual outcomes.

Following the Tantric system, certain individual(s) (identified in the legends as Parashurama), would have tapped into and manoeuvred specific natural energies to consecrate the Sabrimala shrine. They also provided a set of rituals and customs, derived from an understanding of these forces of nature, to preserve the energy at the shrine, a mechanism for humans to approach this energy field and to derive benefit from it. This included the traditional abstinence rituals regarding food, clothing, sexual activity etc. One such custom incorporated into tradition was the restriction on menstruating women from visiting the shrine .

Now of course, one could question the very basis of the energy hypothesis. The argument could be that such a rationale has no basis in modern science. But then the counter would be that the entire notion of God or divinity is questionable from a rationality perspective, making it counterintuitive for any devotee to want to visit the shrine in violation of the tradition. The entire notion of the divinity of Ayyappa at Sabrimala comes from tradition, the same tradition that incorporates the seemingly distasteful restrictions. Narrated through the puranas, the restriction on women is constructed as the lord being a Naishthika Brahmacharin, one who does not want to interact with women of a certain age group. What is difficult to grasp, is the professed belief of people in the Ayyappa Temple at Sabarimala (who is a construct of tradition and a puranic tale) and the simultaneous rejection of the restriction on women. Clearly therefore those that seek to visit the temple in violation of tradition are non-believers in the legend associated with the temple, i.e. of Ayyappa at Sabrimala, and wish to visit only to prove a social point.

In the end we need to appreciate the existence of a multiple schools of Hinduism and recognise that it will always be difficult for the followers of one tradition to accept the customs of another tradition easily, particularly when they appear to differ fundamentally. Hence to my mind, where religious tradition is put to a constitutional test, the locus standi of any challenger ought to be tested on a real and personal basis. However, this luxury of bias available to a common person, based on the specifics of the tradition they follow, ought not to be available to the courts, which need to weave themselves out of this limitation and view different traditions with empathy.

The lesson for the traditionalists is that in an increasingly rational world, it is incrementally difficult to justify tradition based on a faith construct. Hence, any differential treatment of women, justified on faith, has a high risk of being seen as discriminatory, as has been the case.  It is time for the traditionalists that seek to preserve these Tantric secrets to speak up and attempt a rational explanation for some of the underlying rituals and customs that exist regarding Sabarimala. Any failure to do so could destroy our traditional institutions—and in such an event the responsibility will not be borne by the courts, but by the traditionalists who hang on to their secrecy and turn a blind eye to our state’s rationality-based approach.

(The writer is a Delhi-based lawyer)