Planet Is Slowly Slipping Out Of Our Hands, It Is Time To Debunk The Growth Model

The wrath of nature – if it could be termed so, has manifested in the form of the Coronavirus pandemic and has forced on us unimaginable dangers and hardship. 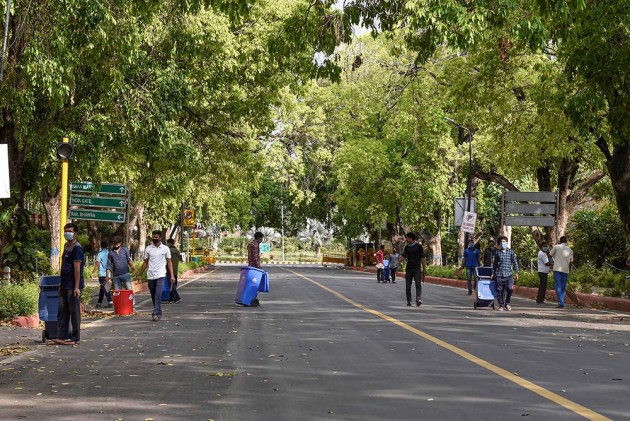 Delhi has a clear sky now, so does London. The pollution levels have gone down in several cities across the world. The wildlife movement has increased in the Similipal sanctuary in Odisha. Reason: the sharp reduction in human activities. The deadly virus has nailed down the principal destroyer of nature – the human being!

With no curative vaccine in hand, COVID-19 has claimed over two lakh lives in nearly three months across the world and the count is still rising. The pandemic has brought an unprecedented halt to the world. The economy has come to a standstill. A leader like US President Donald Trump is saying for the first time that saving lives is a priority now, the stock market can wait! This is exactly what many concerned individuals and environmentalists have been saying – live life in a sustainable manner and save resources for the future generations. But the world leaders, backed by the corporate lobby, never heeded to it in true sense. They have pushed us to the brink!

Painting a gloomy picture, the UN Global Sustainable Development Goals (SDGs) report 2019 has warned the world community on the lackadaisical response on reaching out to the most vulnerable groups. Rising inequalities within and among countries and the rising global temperature are areas of concern, finds the report. The UN SDG progress report 2020 for the Asia Pacific suggests that the region is faltering on responsible production and consumption (SDG 12 ) and on climate action (SDG 13). In his book, “The Uninhabitable Earth” the deputy editor of New York Magazine, David Wallace-Wells claims that the globe is destined to cross the 2-degree limit above the pre-industrial era set by the Paris Climate deal, no matter what we do.

It's in common knowledge since last few years that things are slowly slipping out of our hands. But we continue to do mindless mining, forest cutting, forced consumerism, military spending, and warmongering, etc. The wrath of nature – if it could be termed so, has manifested in the form of the Coronavirus pandemic and has forced on us unimaginable dangers and hardship. But it gives an opportunity to reflect upon our paranoia with the growth model.

At this moment, apart from treating the disease, the governments are struggling for ensuring basic amenities for people. Luxury is a far cry. What have we learned during this period? That we can live without junk food; we can stay home on vacations instead of a pleasure trip overseas; we can manage without buying so much of our fashion clothes, and we can certainly live an austere life. It may be stated that the clothing and textile industry is a major emitter of the greenhouse gases.

Future is unpredictable at this moment. The global economy, however, is predicted to go into recession – a negative 3 % growth, projected IMF on April 14. For India, the IMF has reduced its growth estimate for 2020-21 to 1.9 % from 5.8% projected in January. And the World Bank has projected 1.5-2.8 %, the lowest in the last three decades since economic liberalisation. Every sector of the economy is being affected, impacting all sections of people. But the worst affected are the poor.

In India, the migrant workers, most of who work in the informal sector, are visibly suffering. Many migrants have lost their jobs and are either stuck in the cities or in temporary relief camps across the country. Many poor people and the homeless in the villages and cities are living sans food, through some support in the form of ration and cooked food for the destitute has come through from the government. Good portions of the migrant workers are unlikely to get their jobs back after the lockdown is over, due to a sliding economy.

The recession and declining growth have created a frightening situation. There will be less production and less consumption, but it will have lesser carbon footprints also! The situation, post-lockdown has to be properly managed.

There must be a national debate on whether we stay the course of development characterised by extravagance or mend our ways towards a more conservative and sustainable model. It is time to delink us from the growth-centric model. The distribution of nature’s resources should take an egalitarian path. Apt state intervention should pave the way for resource conservation and downward distribution of the development benefits.

In view of the job loss, the potential sector that can offer an alternative is the country is revival of the rural economy – the agriculture and the small scales entrepreneurship. Agriculture should also be sustainable, not an intensive agrarian practice.

We have come full cycle. It’s time to shed the “mega” and resource-guzzling approach and go back to the Gandhian model of the village economy. After all, 70% of the country’s population lives in rural areas in India. Similar models could be adopted by other economies. Otherwise, we as the human race will face extinction. And it may so happen that once this destroyer is gone, the planet will regenerate itself and nature will again be bountiful!

(The author is a senior journalist. Views expressed are personal.)