More than 90 per cent of farmers in Odisha belong to the small and marginal categories who will prefer their produces to be sold at their doorsteps. 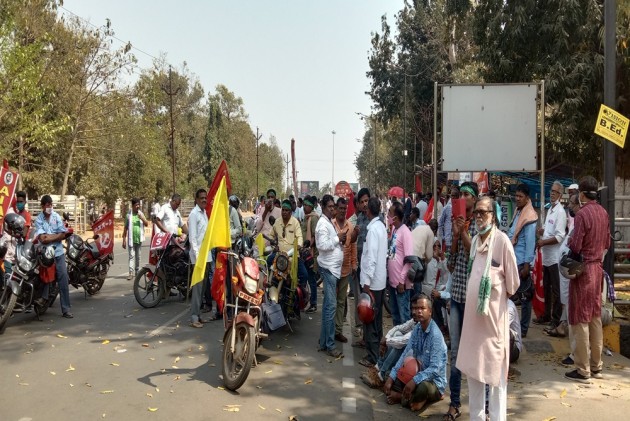 Rabindra Senapati, a farmer from Puri district of Odisha has little more than three acres of land. He does not know about the three new farm laws in place, but his basics are clear. “If the new laws provide us with the option of selling our crops in a distant place at a better price, it bears no meaning for us. We are small farmers. We cannot take our small produce to distant cities to sell to a private player who may offer a better price than the minimum support price (MSP) that the government pays us. How shall we arrange vehicles to transport? Uncertainties are involved in such an arrangement. Once we park our paddy at their places, we are at their mercy. We do not know what type of bargain they would make with us. Shall they take whatever produces we give them, or will be choosy on the quality? In case they deny buying our produces what can we do? We cannot again bring them back to our villages; distress sell would be the only option,” he said.

There are several issues in the government procurement system. Due to the new token system introduced in Odisha, many farmers could not sell paddy and are currently protesting. Rabindra added, “But in the government system we are clear that they would give us the rate, otherwise we can question them. And more importantly, it’s at our doorstep. Farmers have collective bargaining power at the village panchayat level where paddy is procured by the cooperatives. We can raise our concerns with them. But in the case of private procurement, we do not know how things will turn, more so if it is to be sold ‘anywhere’!”

Another farmer, Niranjan Pradhan from Kalahandi district, said, “I do not think the private companies would give good rates. In the name of quality, they will bargain.”

The country is witnessing unprecedented farmers’ protest against the three farm laws, which they claim would harm their interest. While the farmers demand repeal of the laws, the government is adamant. The three laws are - The Farmers’ Produce Trade and Commerce (Promotion and Facilitation) Act, The Essential Commodities (Amendment) Act and The Farmers (Empowerment and Protection) Agreement on Price Assurance and Farm Services Act. They essentially usher privatization of the farm sector.

There have been intermittent protests in Odisha by the farmers’ groups, Left and other Opposition parties against the laws. Farmers’ groups like Navnirman Krushak Sangathan (NKS), Paschim Odisha Krushak Sangathan Samanwaya Samiti (POKSSS) and other farmer groups have organised protest marches, demonstrations and observed bandhs independently and in response to the call given by the All India Kisan Sangharsh Coordination Committee (AIKSCC). “Chakka jam” was organised by the farmers’ groups, Left parties and the Congress in several districts in Odisha on February 6, so also “rail rook” on February 18 – both the calls given by AIKSCC. A group of farmers led by Akshya Kumar of NKS also joined the farmers’ protests in Delhi in January, including the Republic Day tractor rally. The farmers in Odisha are demanding the repeal of the three farm laws and the legalization of the MSP. Explaining the farmers’ protest in Odisha, Lingaraj Pradhan, leader of the POKSSS said, “The scale of protest by the farmers has a direct correlation with how they are benefitted from the procurement system. Unlike in Punjab and Haryana where the procurement system and infrastructure is very robust, Odisha does not have that. This could be the reason why Odisha has not yet witnessed strong protests like in Punjab and Haryana.”

Understanding the need to strengthen the farmers’ protest in Odisha, the Left parties such as the CPI, CPM, CPI (ML) and others, and the farmers’ organisations like POKSSS have come together to form AIKSCC, Odisha Chapter and strategise their actions ahead. It organised a bike rally from Sambalpur and elsewhere that reached Bhubaneswar on March 2. A state-level Krushak Abhiyan Yatra was organised from March 7-16 where the leaders will visit the districts by bus to reach out to farmers explaining the adverse consequences of the three farm laws.

Share-croppers will suffer the most

Prafulla Samantra, a leading social activist in Odisha and winner of the Goldman Environment Prize, opined, “A substantial percentage of farmers in Odisha are share-croppers. Those who are landless or possess nominal land till other’s lands in exchange for some harvests mutually agreed and earn a subsistence living. Imagine, under the new laws if the rich farmers contact their land to big companies, what will happen to these share-croppers. They will lose their sources of livelihood.”

Small and marginal farmers in Odisha will prefer their produces to be sold at their doorsteps. They would hardly have any motivation to walk out of an assured system of procurement. The new farm laws have brought in a set of new fear among the farmers. “The farmers are already suffering from reduced input subsidies and debt crisis. Now there is fear that eventually the government would dismantle the whole MSP system and other government protections like crop insurance and input subsidies exposing farmers to the mercy of the big private companies who can arm-twist the poor farmers. The state is witnessing continued farmers’ suicide for the last some years. The new framework is likely to exacerbate the trend,” explained Lingaraj Pradhan.

The problem lies with the lack of infrastructures like mandis and cold storage and non-implementation of the procurement system properly in Odisha. Under the centralized token system in Odisha, many farmers’ produces have not been procured yet resulting in the protest of farmers near mandis. Niranjan Pradhan, the farmer from Kalahandi district, who joined the bike rally demands the MSP to be revised in line with the Swaminathan Commission’s recommendations and the Odisha assembly should pass a resolution against the new farm laws.