What is urgently required is a goodwill of the government that would ensure the right to dissent of the students is protected. 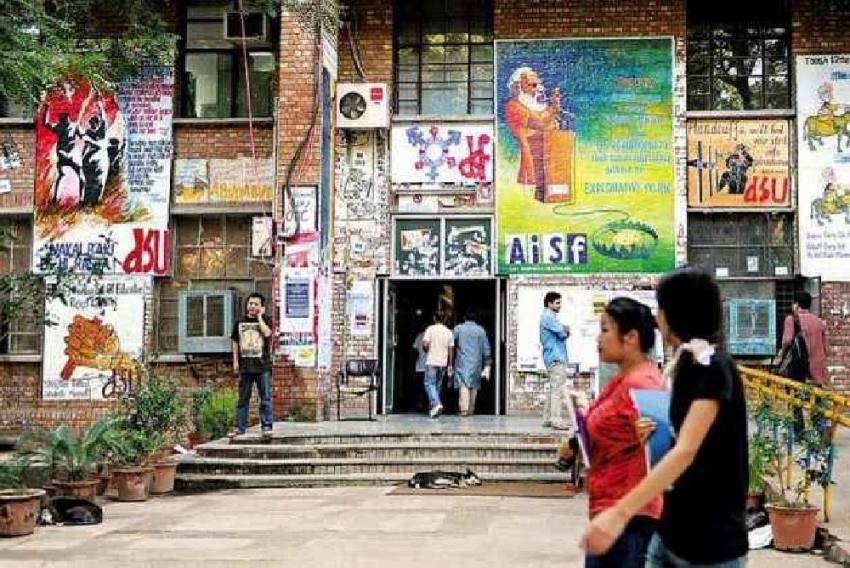 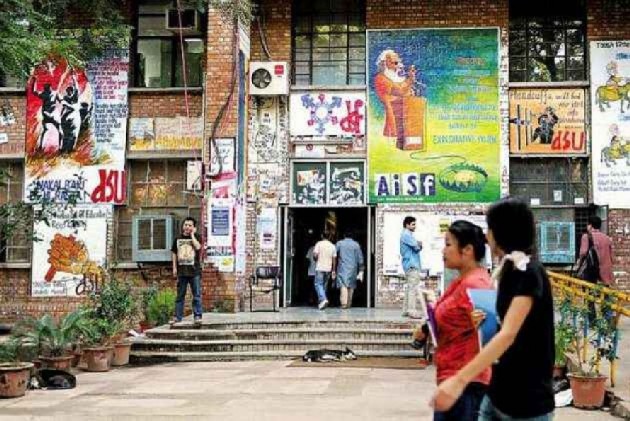 The article is in response to Saikat Majumdar’s essay “Should you Pay for Higher Education, and How Much?” published by Outlook on November 27, 2019.

When I read Saikat Majumdar’s “Should you Pay for Higher Education, and How Much?” published on November 27, 2019, my most immediate reaction to the piece was that of disappointment and anger.

The fundamental argument that he makes in his piece is that given the state of Indian economy, the money generated from taxation and revenue might not be adequate to fund free higher education for all; and therefore in his words, “The answer lies not just [in] a binary choice between the government and the student, but rather in a whole spectrum.” The spectrum, in his words, consists of multiple parties: “middle and upper-middle-class families” for whom paying for their education is an indirect way of funding the education of their less privileged peers, as a mode of “discharging social responsibility”; “revenue-generating student labour” and “corporate philanthropy”.

It is precisely with his fundamental argument in the article, what I call a dangerous proposition, that I have difficulty with because clearly in such a mode of financing higher education in India, the responsibility is shifted from the State to other agents, such as students and corporate philanthropy, an idea against which students at JNU are fighting. Majumdar mentions in his article about “the great suspicion of privatisation of higher education in India”. The “suspicion” indeed has a foundation because the private players in the market or “corporate philanthropy”, for that matter, are not accountable to the public in any form and, therefore, it would be dangerous to depend on it, especially considering that it can be slashed at any moment.

The model that JNU students are advocating is essentially a model where subsidised higher education system is a right that is not contingent on one’s income. Making higher education dependent on “staggering fee structure”, on the basis of income essentially implies following a model of neoliberal education system where education is a commodity, and, therefore, in Majumdar’s words “expensive”. Secondly, the casual tone in which Majumdar proposes “a staggered fee structure” without considering the repercussions that it would have for an Indian education system, where class and caste inequities are already so acute, is extremely problematic. Would a student then be wearing an identity card on the campus mentioning, “I pay for your tuition”?  Imagine a Dalit student being asked to furnish income proof and pay for the education of their peers. An economic-aid-based model would be a serious blow to the affirmative act of reservation system, resulting in perpetuation of more systemic violence. Let the realm of free public higher education be left with the Indian government, which still claims to be a welfare state.

It is also very surprising that an academic of Majumdar’s reputation would depend on right wing, fake propaganda data (Rs 20/month for hostel fees as circulated by a certain section of media) to make his argument, where the fee, before it was inflated, was around Rs 3000/month for hostel and mess.  More importantly, it is absolutely not valid to argue that the government is not in a position to be exclusively accountable for higher education in India because if one looks up the report of Finance Ministry in India, the tax relief provided to big corporate houses in 2019 amounts to Rs 1.45 lakh crore. It is not about whether the taxes collected are inadequate to fund higher education in India, but the fact that tax subsidies are provided to corporate houses, who least require it instead of diverting this money to public universities in India.

Thirdly, as a PhD student in a R1 university in the USA, whose primary mode of funding comes from teaching a writing class, the ‘revenue-generating student labour” model, garbed under professional training, widely prevalent in the US academy makes me uncomfortable because it is plain exploitative. The labour that graduate students are made to do is cheap labour because it would take more money for the universities to employ full-time teaching staff who would then have to be paid more along with other benefits such as healthcare, childcare etc. Making MA or PhD students in India perform the almost same amount of teaching  labour essentially means that full-time and permanent teaching positions are not opened up in India, intensifying the problem of adhoc-ification widespread in many universities, such as Delhi University. The vicious circle of exploitation and lack of job stability would continue.

Finally, as he puts it in the piece, “If Indian universities are to be globally competitive, we need to put more resources into them.” I am not entering into the conversation of what it really means for an Indian university to be ‘globally competitive’, but even before that, what is urgently required is a goodwill of the government that would ensure the right to dissent of the students is protected and maintained; a government that would be committed to increasing budget for higher education in India (even Cuba invests 12.9 % for education) instead of building statues every six months or making university students face water cannons.

Ironically, Majumdar himself is a beneficiary of subsidised higher education in India. However, the right-wing and predominantly capitalist structure of the education system prevalent in the USA, which Majumdar advocates for India to imitate, would be a doomsday for any dream of equity in a republic like ours.

The fight shall continue!

(Sritama Chatterjee is a second year PhD student at the Department of English, University of Pittsburgh, Pennsylvania. Views are personal.)