Home  »  Website  »  National  » Opinion  »  Hinduism Survived Years Of Raids Through Its Inclusiveness, Not Violence And Bloodshed

Hinduism has been slandered and vilified by several secular scholars who misinterpreted and mistranslated the Vedas and Upanishads. And yet, very much like the Earth itself, this belief system, Sanatana Dharma as some call it, has prevailed. 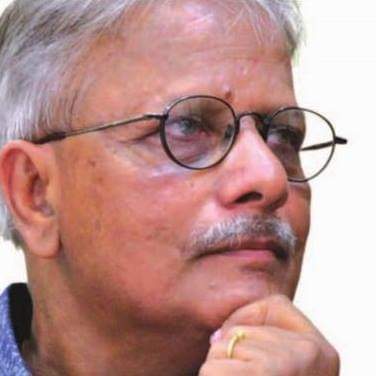 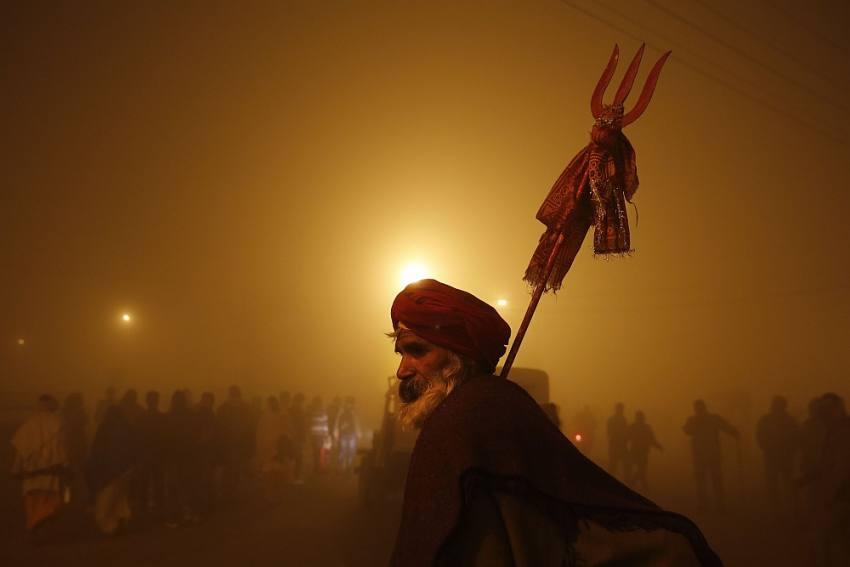 A devotee arrives early morning at the banks of Sangam, the confluence of the Ganges, Yamuna and mythical Saraswati River, during the Makar Sankranti festival in Prayagraj, Uttar Pradesh.
AP Photo
P.P. Bala Chandran 2020-08-07T16:21:49+05:30 Hinduism Survived Years Of Raids Through Its Inclusiveness, Not Violence And Bloodshed 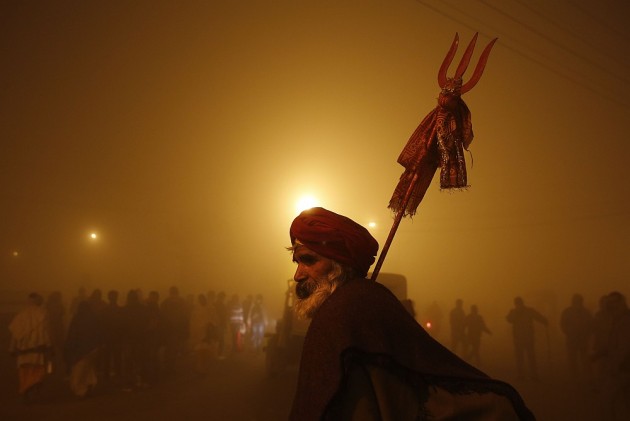 Let me begin with a near-classic poem by one of Malayalam's Maha Kavis (great poets) Vallathol Narayana Menon, who was also part of the famous Triumvirate of modern Malayalam poetry, the other two being Kumaran Asan and Ulloor Parameswaran Iyer. The whole poem is based on an episode described in poet-saint Valmiki’s immortal classic Ramayana, and is called Oushadha Apaharanam (Oushadha means medicine in Sanskrit and apaharanam means theft). The reference was to Lord Hanuman's mission in search of a wonder drug to revive Lord Ram’s brother Lakshmana who was ‘knocked out’ by Indrajit, the son of king Ravana, in the finale of the epic Ram-Ravana battle. Hanuman retrieves the rare Mruthasanjeevani (life-restoring herb) from the Himalayas by uprooting a whole mountain as he couldn’t identify the single herb he was looking for. He returns to the battlefield to revive Lakshmana who had, by then, not only ‘woken up’ but even killed Indrajit and his brother Athikaya, much to the grief of their father, Ravana. Unable to bear the loss of both his sons, Lankesh, the Lord of Lanka, returns to his palace to seek comfort in his wife Mandodari’s arms. As it happened in classical times, when a great King returns from battle, so must his army and the whole war machine follow him.

In what could certainly be described as some of the most sublime lines in literature anywhere at any time, Sage Valmiki excels himself here while enunciating on the ephemerality of human life and the transient nature of man’s relationship with his material world that includes his near and dear.

As the king moves away from the battlefield and towards his palace, he was followed by the whole humanity of his soldiers and the, as also the battle animals and weapons. As he goes further down the road, the massive fallback can be seen thinning bit by retinue bit, square by square and, finally, by the time he reaches the palace, the retreating procession is reduced to a few top generals and the royal bodyguards. Moving further to the interiors, Ravana had only his close relatives to accompany him into the inner chambers of the royal household. Thus, finally, he approaches the royal bedroom where he was expecting his wife to be waiting for him and in whose arms the mighty king was eager to fall asleep. Ravana opens the door only to find that even she is missing. Mandodari had killed herself upon her sons’ death. The moment of ultimate wisdom dawns on the great king who is also a great scholar and a favourite devotee of Lord Shiva. At that rare moment of realisation, Ravana could see life as a gradual journey towards the Supreme Being, the Brahma, in the course of which everyone, even the king, had to renounce all of his self – both material and spiritual, his power and glory, his vices and virtues, and even his pride and self-respect until he is left with the only indestructible, the only permanent entity, the soul that which itself must merge in the very end with Brahma, the Universe.

This is the profundity of a ‘Faith’ called Hinduism (in English) or Hindutva, as it is known in these times of divisive politics, or just Hindu which is what it ultimately is. A phenomenon that refuses to be encased in a few hymns and prayers, or tied around a few thousand gods and goddesses, or patronized by believers and vilified by non-believers alike, or interpreted by self-styled scholars and pundits, or swallowed lock, stock, and barrel by the un-critical and superstitious. And yet, this great source of universal wisdom and spiritual enlightenment, this superior literature, in fact, the best any civilization could ever offer to humanity, remains an enigma, a hypothesis that anyone and everyone is allowed to enter its ancient catacombs and explore according to his own vision or vicissitudes, his own caprice or confidence. Very much like our own blue planet that has endured nearly five billion years of galactic poundings, and yet remains the best in our known universe, so too has this unique belief system survived thousands of years of civilizational raids and invasions with its inner core, its teachings, its literature, and even its fables all staying intact. Not by resorting to violence and bloodshed, but by being inclusive and accommodative, all the while being supremely confident of its eternity through time and space.

True, Hinduism has been misrepresented and mystified by foreign scholars such as Friedrich Max Muller who wanted to super-impose Christianity over the ancient religion; it has been slandered and vilified by several secular scholars who misinterpreted and mistranslated the Vedas and Upanishads; it has been desecrated and nearly destroyed by foreign invaders. And yet, very much like the Earth itself, this belief system, Sanatana Dharma as some call it, has prevailed, and still does, like everything else that is rooted on the terra firma of this planet - the mountains, the oceans, the forests and the deserts. Not for nothing did Carl Sagan call its permanence elemental.

Of course, for the untrained mind and the un-evolved soul, this phenomenon is beyond their grasp, nothing more than mere illusion or Maya.

To an atheist like me, personally, the great epics of the Ramayana, the Mahabharata, and the Bhagavata, as also the great Vedas and the Upanishads, are all a divine celebration of this Dharma called Hinduism. The heroes, the heroines, the demons, and the characters from the animal world therein are all born out of the super-natural imagination of Man who wanted to create a world of perfection where truth eventually would prevail over falsehood, the good over the evil.  It’s only logical then that these human and non-human characters earned, over the millennia, their divinity worthy of worship.

(The author is a veteran journalist with over 40 years of experience. He has worked with The Hindustan Times, The Washington Post, Reuters, and Al Jazeera, and News X.)