The force and fury with which Union ministers and BJP functionaries tore into Rahul Bajaj and targeted him reinforces the truth of every word he spoke. 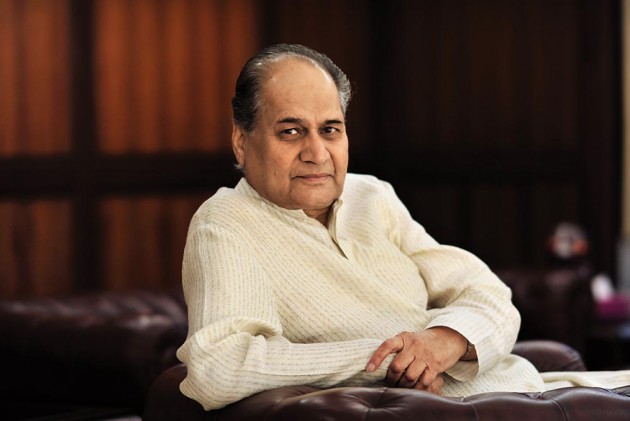 Fear is the key that keeps people, especially the rich and the respected, from speaking truth to power.  Yet, cometh the hour, cometh the man who shuns discretion as the better part of valour and rises to speak a truth known to all but rarely voiced publicly.

The one to stand up and brave the fire that followed was industrialist Rahul Bajaj.

In a community that the first non-Congress government’s Minister of Industry George Fernandes described as “rats” – for its abject surrender to power during the Emergency in 1975-76 – Bajaj shone as the exception.

At the event on November 30, where three Union ministers, including the formidable Amit Shah, was present, the Bajaj Group Chairman spoke about an atmosphere of fear in the country. “But this atmosphere, this is definitely on our mind, but nobody will say it, none of my industrialist friends…In UPA-II we could give gaalis to anyone. You’re doing good work but even then if we were to criticise you openly, we don’t have the confidence that you’ll appreciate that”.

The event was the Economic Times Awards for Corporate Excellence where the crème de la crème of business was out in its best, suited and booted, smiling and fawning, and hardly expecting anyone to talk of BJP’s enfant terrible Pragya Thakur, lynching or fear of criticising the government. Bajaj chose to drop his bricks in this rarefied atmosphere, where money talks silently in a language that flatters power, and power understands and accepts the tribute as its due.

On Thakur, Bajaj said, “Nowadays anybody can be called a desh bhakt …even those who shot Gandhiji. She’s been saying that for a while, she still got a ticket. Pradhan Mantri had said ‘it’ll be difficult for me to forgive someone like that’, but you got her back in the (parliamentary defence) committee”.

Nothing could have been more galling to the ruling BJP and its ministers there. Retaliation was swift, sharp and vicious. Finance Minister Nirmala Sitharaman and Urban Affairs Minister Hardeep Singh Puri were the first to train their guns on Bajaj and shoot from the lip.

Sitharaman said it is “always a better way to seek an answer than spreading one’s own impressions which, on gaining traction, can hurt national interest”. In other words, though she didn’t call Bajaj anti-national, she was telling him not to spread his own impressions but accept Amit Shah’s answers.

Among Shah’s answers was that “no one needs to fear anything”. Shah also said, “Still, if you say there is an atmosphere, we will also have to work on improving the atmosphere”. Puri, a former high-ranking diplomat, obliquely accused Bajaj of “indiscipline”, weaving “fake narratives” and hurling “invectives”. Obviously, in rising to defend the realm, he wanted to show that he had taken personal offence at Shah having to hear Bajaj’s posers.

Those lower down the food chain in BJP unleashed a barrage of crude and personalised attacks on Bajaj – perhaps, to catch Shah’s attention. In sharp contrast, Commerce and Industry Minister Piyush Goyal did not target Bajaj personally. He merely quoted what Shah had said to underscore that Bajaj’s question itself proved people were not afraid.

The force and fury with which Union ministers and BJP functionaries tore into Bajaj and targeted him reinforces the truth of every word he spoke. It provides a foretaste of what anyone who criticises the BJP would have to face, besides the risk of being called “anti-national”. Bajaj could not have made his point any more effectively than his critics have done unwittingly.

As he rightly pointed out, none of his industrialist friends – certainly, none of the men -- came out in support of him. In defence of Bajaj, Biocon chief Kiran Mazumdar Shaw alone tweeted that the government was treating India Inc as pariahs and did not want to hear any criticism of the economy.

With a crises-ridden media either indifferent or complicit, the intelligentsia silenced, academics browbeaten, activists tarred and persecuted, the opposition discredited and the judiciary straining under its burden, the ruling BJP’s writ runs unchallenged. Like during the Emergency, when required to bend, affluent and influential sections are willing to crawl, and lie supine in the service of the establishment.